January 25 2018
7
The leadership of Serbia expects to conclude an agreement on the acquisition of six Mi-17 helicopters in Russia during the current year, said President of the Republic Alexander Vucic.

We are in the process of (negotiations - note), and I think that we will do it and finish this year. This year definitely
- said Vucic Ria News 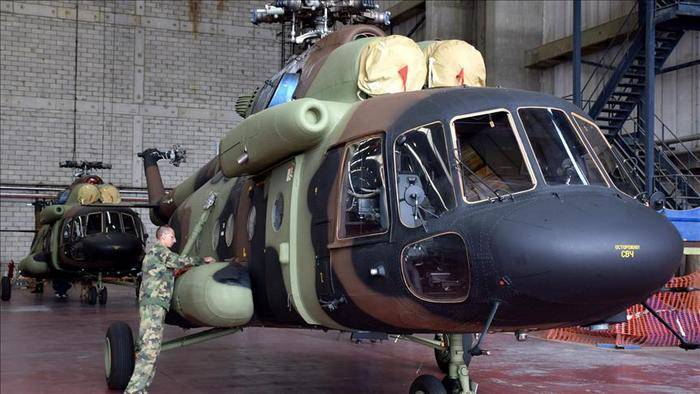 The Serbian leader in early December 2017 of the year announced that the republic’s authorities were negotiating with Rosoboronexport to acquire six Mi-17 multifunctional helicopters in addition to the two 2016 delivered in June.

Serbia is also planning to build a center for repairing Russian and Soviet-made helicopters. In January of this year, the Minister of Defense Alexander Vulin noted its special significance for the country. According to the minister, many countries in the region have Mi-8 and Mi-17 helicopters that could be repaired there.

Serbian Assistant Minister of Defense Nenad Miloradovich announced in June 2017 of the year that Moscow and Belgrade are preparing to sign an agreement on the repair of helicopters from third countries in Serbia.