BAE Systems introduced the fifth generation of the CV90 BMP


The new version of the CV90 MkIV is the fifth generation of Stridsfordon 90 combat vehicles (Combat Vehicle 90). The machine was developed from 1984 of the year by the Swedish company Hägglunds (later acquired by the British corporation BAE Systems) and entered into mass production in the 1993 year. 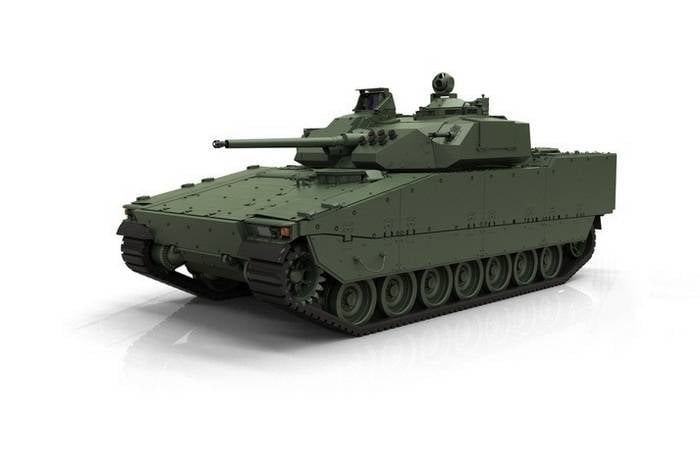 The updated CV90 MkIV is equipped with an improved chassis, which makes it more passable, maneuverable and allows you to move over rough terrain with greater speed. Another significant innovation of the fifth generation is “the latest NATO electronic architecture”. CV90 MkIV is equipped with a Scania engine with 1000 power. with. and “heavy-duty” transmission X300. At the same time, the weight of the combat vehicle grew from 35 to 37 t.

BMP CV90 and combat vehicles at its base are in service with the armies of Denmark, Estonia, Finland, Norway, Sweden, Switzerland and the Netherlands. In BAE Systems indicate that the CV90 MkIV modification is intended primarily to participate in the competition to replace the BMV-II BMP of the Czech army, reports "Warspot"

Ctrl Enter
Noticed oshЫbku Highlight text and press. Ctrl + Enter
We are
The Czech army prefers the Puma BMP and is looking for a replacement for the T-72 tank.Ready to show: European BBM get a new start in life
22 comments
Information
Dear reader, to leave comments on the publication, you must to register.