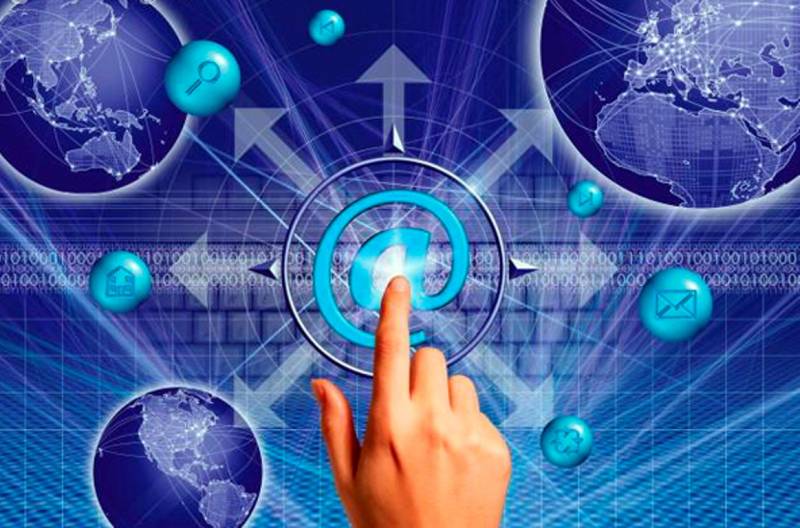 In this stories the most interesting is not the very essence of what is happening, but the time when it happened. 10, 20, 30 years ago in Europe, this was not only opposed, but also encouraged. And only after the Russians captured this new kind of self. weapons, the Western world in a panic began to look for an effective way to protect. Protection where he was always used to strike first ...

Europe has always been afraid of Russia. I was afraid and hated. When she was weak, she swore eternal friendship, when she was strong, she tried to destroy her. Moreover, she took this serious civilization struggle for all its seriousness and never disdained any, even the dirtiest technologies. Today, suddenly, all European politicians, as if on command, became preoccupied with the fight against fake the news. According to Europeans, this has become almost the most important threat to their security. A complete contrast with more recent events, when, on the contrary, they were very fond of fakes ... about Russia. And they brought up more than one generation of Europeans.

Literally, a textbook here will be an example of planting Russophobia in Europe.

Europeans have long loved to make fun of wild Russians, and their elites did not stop scaring their fellow citizens with terrible people in the east who allegedly were about to invade, rape, plunder, kill.

It all began in the 16th century, when the first foreigners who had visited it began writing about Russia. Baron Sigismund von Herberstein arrived in the Russian state in 1517 for negotiations with Tsar Vasily III on the conclusion of peace with Lithuania. The second time he arrived in Russia with the same mission in 1526, and on the basis of his visits, he left the book “Notes on Moscow Affairs”, which became a real bestseller and “true in the last resort” about Russia in Europe and at the same time a collection of funny jokes for Russians. But then it all seemed more like a joke. 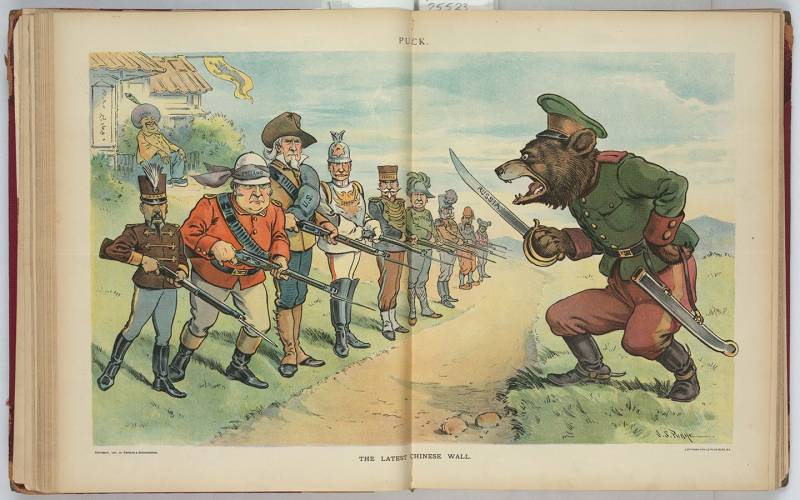 The jokes ended in the XIX century. The 1812 Patriotic War, the Crimean War, the diplomatic problems of the Russian Empire in the second half of the century in smaller episodes showed that Europe opposes Russia with a united front, and she also deliberately and consistently spread Russophobic ideas to its population.

A good example here can be the travel notes of the Marquis Astolph de Custine.

"If today Russia is one of the most curious states in the world, then the reason is in combining extreme barbarism, aggravated by the enslaved state of the church, and refined civilization borrowed by an eclectic government from foreign powers."

That is how Russia described it in the preface. And these records, written by a man who sincerely and deeply hates Russia (as can be seen by reading them), for almost a century served as the alpha and omega for understanding Russia in Europe. They were quoted, admired, they were tempered by fear and hatred. And I think it is no coincidence that many other books about the Romanov empire of that time were deliberately forgotten by Western propaganda ...

Yes, it would be possible to laugh at all this, if not for the consequences. As history has shown, the pen of a writer in the hands of skillful propagandists can be a terrible weapon. And this was fully experienced by Russia, and then the USSR in the terrible and glorious twentieth century for itself. 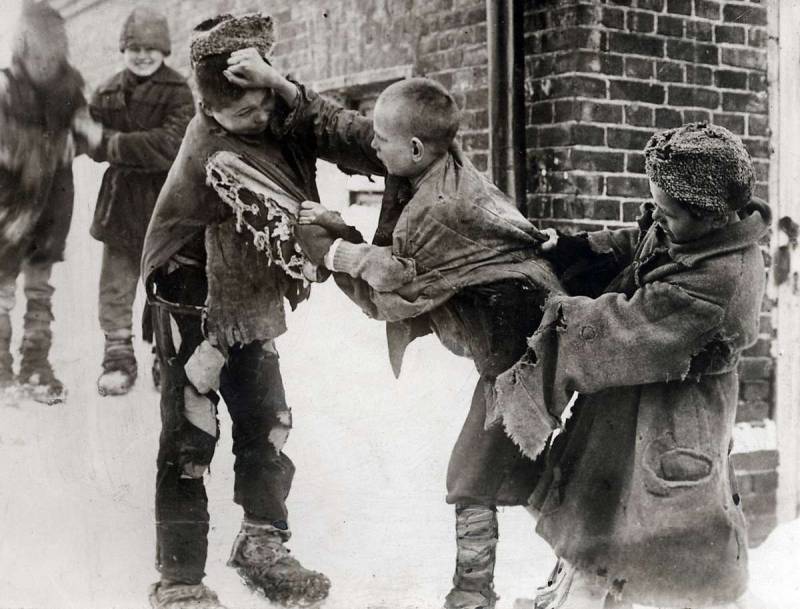 Two world wars, two collapses of the country, two civil wars, a century-long split of society, tens of millions of ruined lives and an even greater number of unborn. And in many respects this was the result of the use by the West of its favorite anti-Russian weapon — lies.

As I said above, until recently, those fakes that spread the Western "non-livable" media about Russia and other countries, were quite satisfied with the United States and Europe, and even the Pope. And no wonder: after all, they were the customers of their distribution.

What happened, why did they suddenly change their attitude towards them as if on cue? Why today everyone in the “civilized” world worried about the purity of the journalistic ranks? 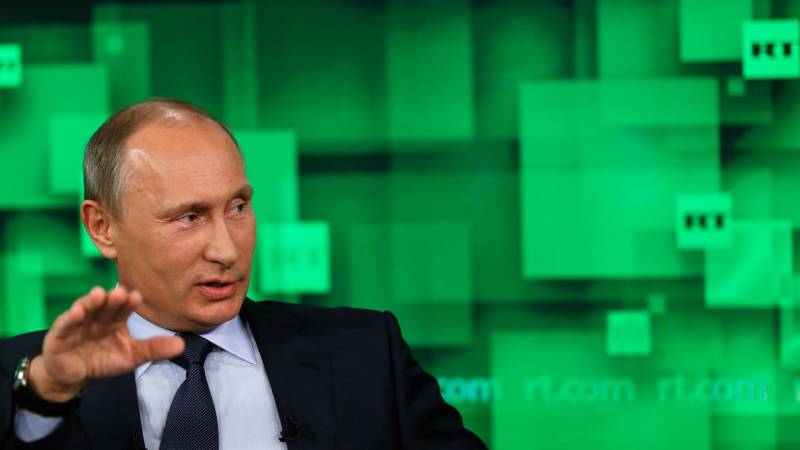 Everything is very simple here. Until recently, the information struggle was always at one gate. The West invented this terrible weapon of the hybrid war and used it with unchanged success. But over the past decade, everything has begun to change dramatically. The Russians learned to beat the enemy with their own weapons and on their own territory. All the fault was the so-called new information technologies, which literally in the life of one generation made the world global. And if the West invented all this in order to rule aboriginally around the world comfortably, then he very quickly realized that it could work in another direction. And as soon as this happened, the American and European “honest” cheaters began to save the situation. And they can save her in only one way: a total and comprehensive ban on the truth.

West goes to the defense

The first to solve the problem with the inherent straightness of the Americans. They simply began to ban the broadcasting of Russian digital media on their territory. And all those who tried in another way to convey to the population a different point of view, the old bankrupt elites declared enemies of the people, that is, agents of the Kremlin. This cup has not passed even their current president.

With Europe it was harder. Still, there is still a much freer society than in America, and therefore it was necessary to come up with something really quite elegant and so that it would not contradict the praised European democracy.

No, this did not prevent all European special services and social networks from starting to quickly create special units to deal with the “Kremlin fakes”. But this was clearly not enough. Here it was necessary to do something that would quickly restore the shaky status quo, which was still 20-30 years ago. Before the “Kremlin propaganda”, penetrating with its truthful tentacles into all the back streets of Europe, it was necessary to build a new information iron curtain. 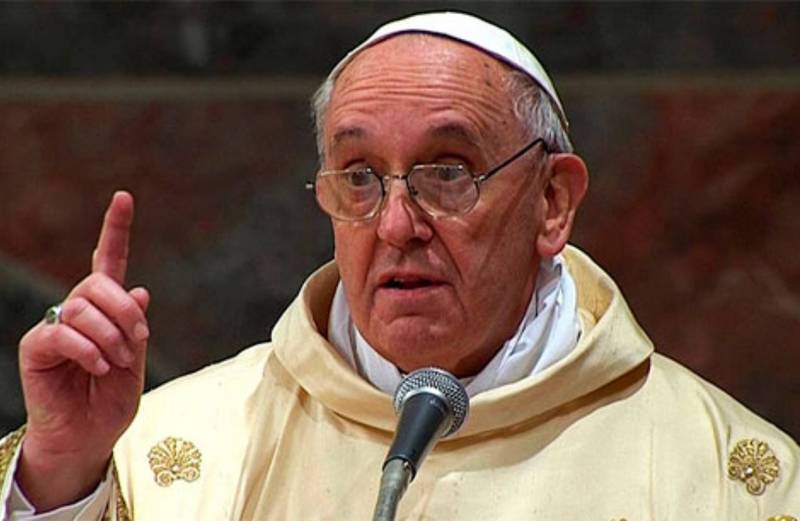 According to an already established centuries-old tradition, this was done together and at once all, led by the current Pope Francis, who called on the eve of all journalists to fight against the "evil of false information." Now (!!!) this should become a sin for them, for it is akin to false news from the biblical story of the devil pretending to be a serpent. And this serpent-Satan "fed" Eve the wrong information.

Here is such an interesting modern interpretation of the oldest biblical story from the mouth of the pontiff. So I want to say: bravo for resourcefulness!

So, the new information crusade against Russia is almost complete. Everything is decorated in the best European traditions. It remains only to settle the details.

Ctrl Enter
Noticed oshЫbku Highlight text and press. Ctrl + Enter
We are
Results of the week. “If I am leaning against a warm wall in a quiet place, then I’m still nothing at all!”Results of the week. "Well, do not change me because of every idiot!"
56 comments
Information
Dear reader, to leave comments on the publication, you must to register.