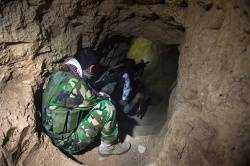 The tunnels dug in soft sandstone, like any other underground structures, we recall at least the underground areas under the stadium in Mosul and Raqqah, where the militants' equipment was located, are used exclusively by terrorist groups. The number of tunnels is incalculable: being an extensive network of underground utilities, they continuously grow with new branches and passages, which are painstakingly penetrated by the militants.


The tunnels are used by militants to move between combat areas, to communicate with each other, to deliver weapons, equipment, workshops and workshops for the manufacture of improvised means of destruction, as well as mainly to capture or destroy positions, command posts of government troops, important government buildings.

Typically, tunnel widths range from 70 cm to 1,2 meters; height - from 1,5 to 2 meters; length - from 250 meters to 2,5 km. Many of the tunnels are equipped with communications, video surveillance, air supply system, lighting. 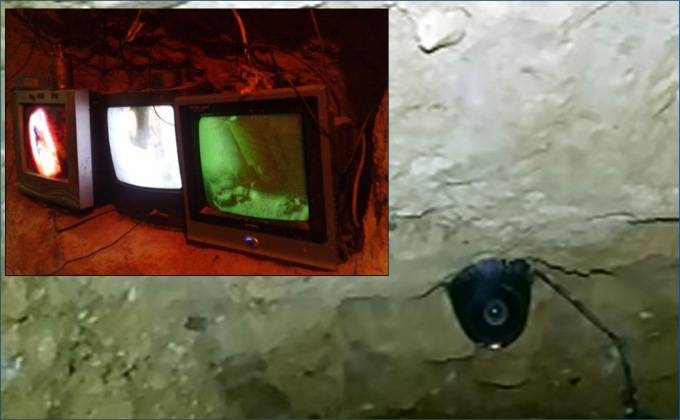 CCTV equipment in the tunnels 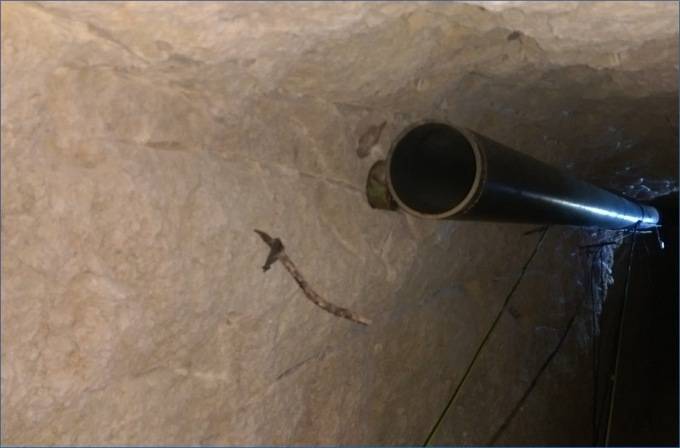 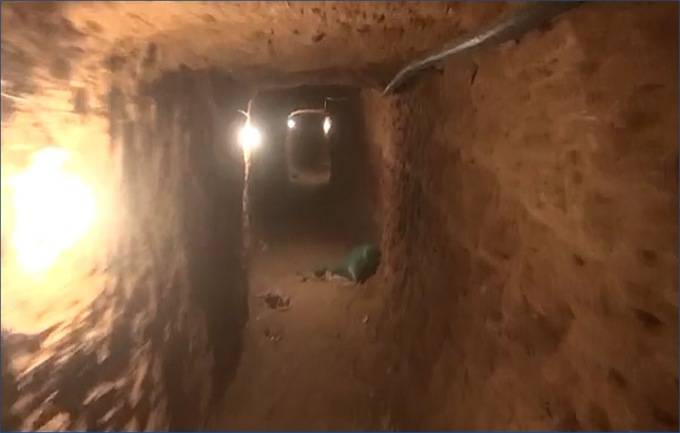 Lighting equipment in the tunnels 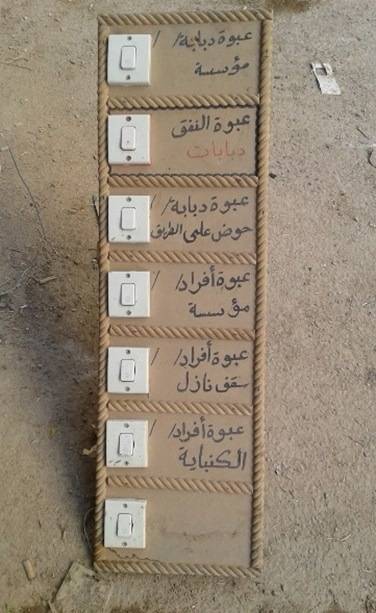 - anti-tank mine, installed in the factory;
- a mine mounted in a tunnel for destruction tanks;

- anti-tank mine installed on the road;

- anti-personnel landmine installed in the factory;

- anti-personnel landmine, installed on the destroyed roof of the building;

- anti-personnel landmine installed in the couch;


Usually, tunnel fragments and the removal of rock are carried out by militants under the cover of panels stretched between houses or structures sprinkled with sandy or concrete dust on top, almost indistinguishable from the surrounding landscape. Intelligence, including from air reconnaissance vehicles, cannot detect tunnels. Therefore, the search, detection and destruction of tunnels (or their stripping and further use in the interests of government forces) is a very important task in the Syrian conflict.

Search and detection of tunnels is carried out mainly in two ways:

- out of touch with the enemy - by the search groups from the 398 fortification department of the engineering troops of the armed forces of the SAR using georadars;
- units engaged in blocking the areas of concentration of illegal armed groups with the help of instruments of interception of Syrian production, as well as undercover intelligence.

The main technical tools used are the GC-2 georadars used in the Russian Armed Forces, and German-made eXp 5000 anomaly detectors, however, more simple tools designed in the form of stethoscopes and even conventional hearing aids are used. However, the main number of tunnels was opened precisely with the help of georadars, which allow detecting approximately from 15 to 20 tunnels per month. 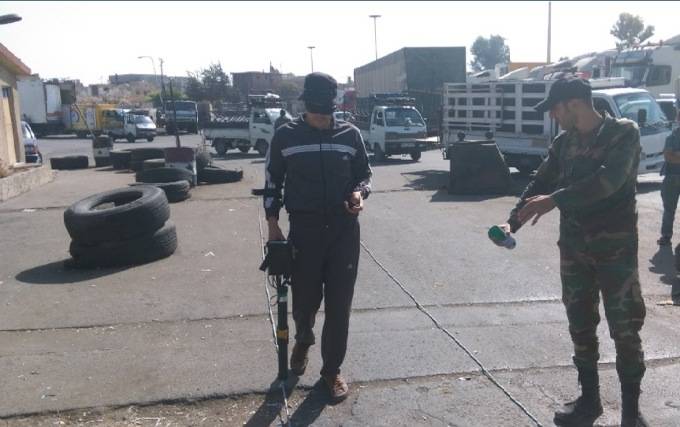 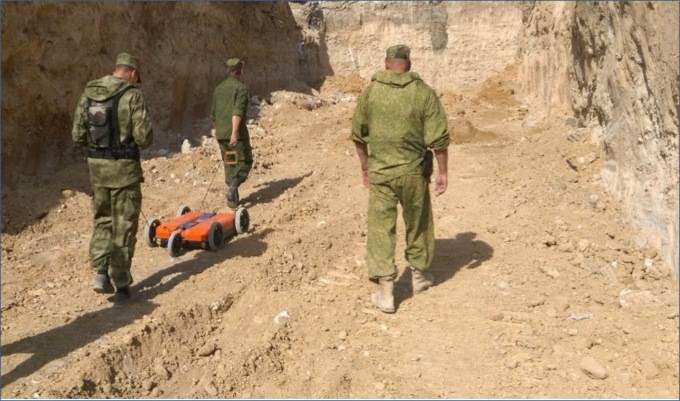 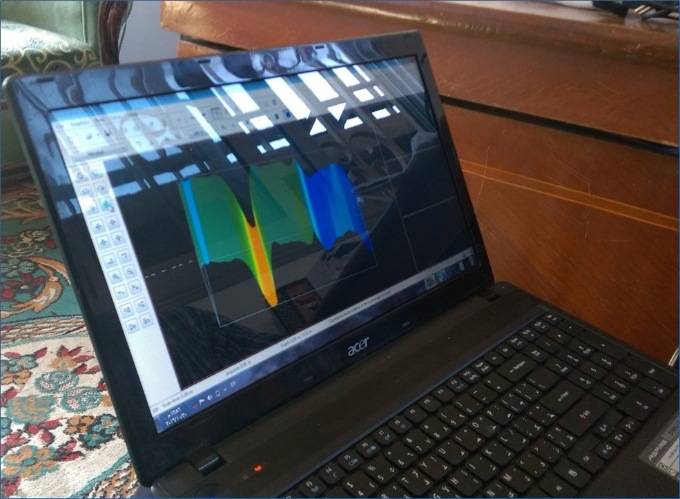 Indications when analyzing data of the eXp 5000 GPR 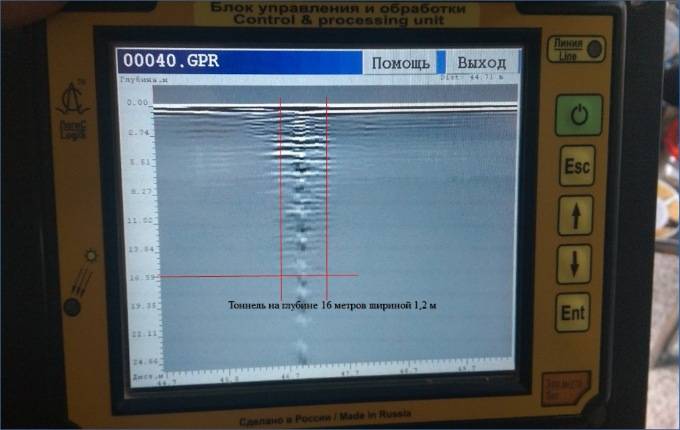 Indications on the control unit of the GCE OK-2

After the discovery of the tunnel, the decision is made and implemented either to destroy it or to use it in the interests of the government forces. In most cases, the tunnels are destroyed using counterparts and undermining with good old thermobaric ammunition, but in some cases the movement of fighters through them is blocked by a fragment of counter-tunnel ditches to a depth of 18 meters.

In the event that a tunnel or entrance to it is discovered in an territory controlled by an illegal armed formation, a bombing strike is carried out on it aviation or mining is carried out (including remote mining) with the simultaneous organization of observation. 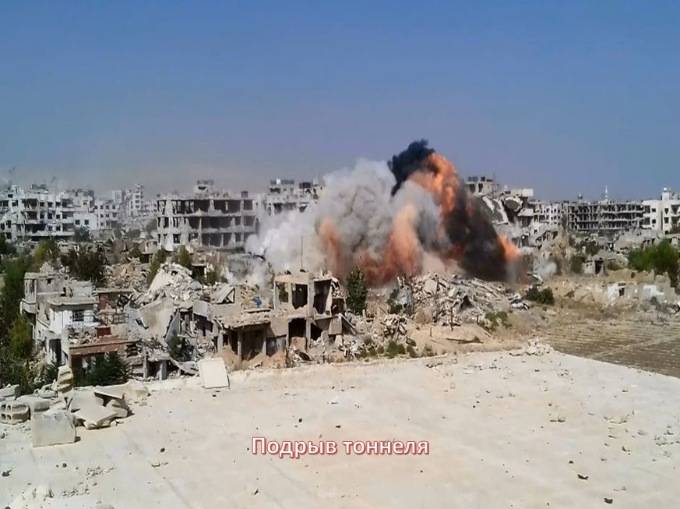 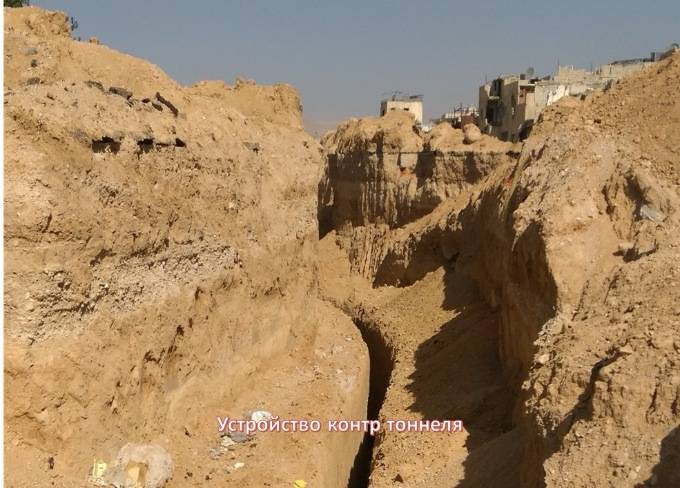 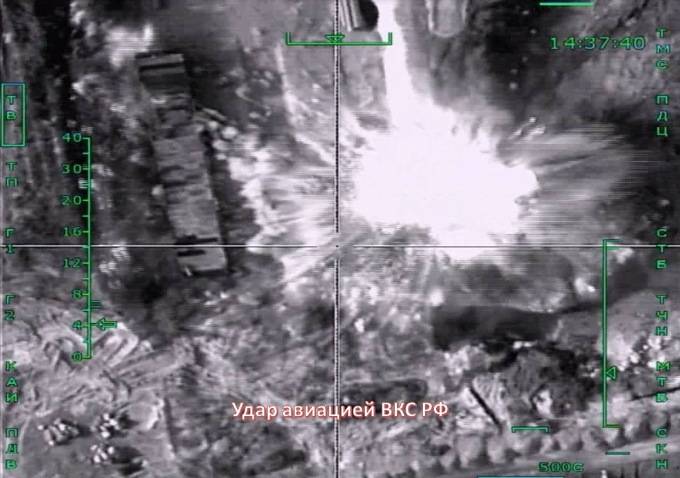 Obviously, it was precisely the presence of a large number of tunnels that caused the continued resistance of terrorist groups in Eastern Gute and in the suburbs of Damascus, despite the complete ground superiority of the government forces. Work on underground communications is a very lengthy and time-consuming process that cannot be put into the framework of urgent planning of hostilities and operations, which means that it will continue after the establishment of full control of government forces over ground areas.

Ctrl Enter
Noticed oshЫbku Highlight text and press. Ctrl + Enter
We are
List of destroyed the largest and most high-tech enterprisesMilitary reform as an integral part of the security concept of the Russian Federation: Systematic dynamic assessment
9 comments
Information
Dear reader, to leave comments on the publication, you must to register.