Russia does not need friends, especially with such enemies 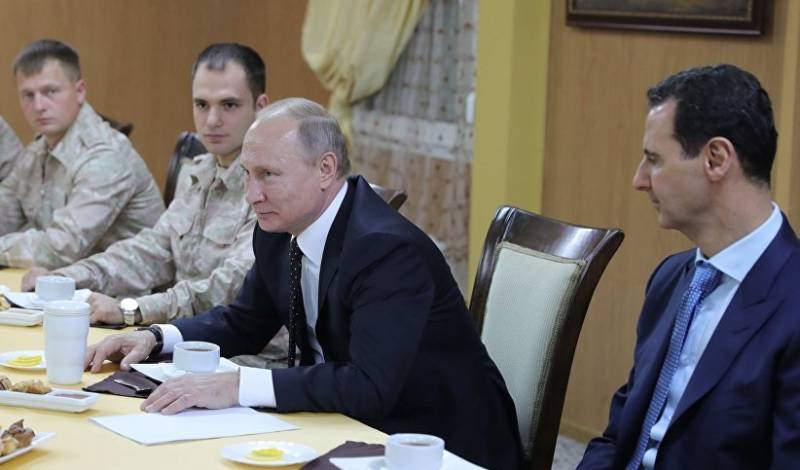 The Turks are bad, the Kurds are good, the United States are bad, Assad is good, igilovtsy are bad, Iran is good, Israel is bad, .... You can continue indefinitely. Here are just the evaluation criteria unnecessarily emotional.

I affirm that it is short-sighted to consider this or that country as a constant ally or eternal enemy of England. We have no unchanging allies, we have no eternal enemies. Only our interests are immutable and eternal, and our duty is to follow them,

Lord was absolutely right*. Our allies in World War II instantly became the worst enemies. Our "bros" are Bulgarians, and in every war they were vassals of somebody against us. And even without a war, it was they who put an end to the South Stream project. At the same time, the population and the ruling regimes should not be confused - the opinion of the majority of the population has not been disturbed for a long time - with the advent of the media and, especially, the Internet, this opinion has been successfully manipulated.

People who are interested in public opinion polls have certainly noticed that in any country, attitudes towards another country and even towards their rulers sometimes change dramatically even during the year. Everything is extremely simple, a short memory is used. You can relate perfectly to the person (country). A heap of unpleasant facts are being thrown at you (everyone has enough skeletons in the closet, not to mention lies), negative emotions and — oh-la — the opinion of Russia has deteriorated. At the same time, in fact, you are well-disposed towards this country, just emotionally experiencing the negative information received. And if this trend is not maintained, in a week or a month you will again "love Russia with strange love."

As for the events around Syria, Bashar Asad is not our friend. He is no better and no worse than the late Muammar Gaddafi, who, after the orange troubles of 2004 / 05, had a great cooperation with Yushchenko, received offerings from Yulia Tymoshenko and was seriously going to take 20 millions of Ukrainian hectares of Ukrainian black soil, ordered for himself Antonov luxury planes and promised multibillion-dollar loans. No less successfully, he established contacts with the European Union - it was not for nothing that the head of France kissed his hands.

How this “kissing” ended for Gaddafi and for the Libyan state - everyone saw it live. Torn apart country and the same corpse of its dictator. Believed that he and Libya have friends. That he is loved - at least for a lot of money.

Wrong. And I was mistaken fatally. Libya has not just ceased to be the richest state in Africa - it has lost statehood altogether. And today on its territory there are feudal city-states, gangs of nomads and the bases of the same Igilovsky terrorists. Yes, there is also a couple of "Libyan governments" - a government recognized by the UN without territory and another one recognized by Russia alone, but with a capable army and support of at least some of the surviving population. And there are no chances ahead for the restoration of a single state "as with Gaddafi."

In the events around Syria, which, by the will of the United States, was appointed the next victim of the "Arab spring", friends become enemies with the constancy characteristic of this region. Iran and Iraq, who fought with each other, found themselves on the same side of the barricades, Afghans and packs fiercely hating each other send brigades to help the Syrian co-religionists, who eventually even unite under the same command, the Obama administration suddenly accuses its most important ally - Saudi Arabia, of organizing terrorist attacks September 11 and aiding terrorism (Trump instantly restores the Entente), Turkey is turning from Russia's worst enemy to almost three years as a faithful situational ally, Israel with artillery fire and aviation supports Igilovsky terrorists, ....

There is no need to continue this list and its transformation depending on the changes in the military-political situation and the success of Russia. Just due to the fact that the same Kurds, like the units of moderate and unlimited opposition to the legitimate government of Syria, number in the tens, constantly change their names and banners, create and break various coalitions, cut out the roots of yesterday’s allies and co-religionists.

All of them are united only by one thing - each of these groupings began their journey by becoming the hand of the United States and against Bashar al-Assad. Someone for the money, someone for the faith, someone for Kurdistan, someone for the sake of their power or from personal accounts to Assad. But absolutely everything - against Assad. And, accordingly, against Russia. Therefore, all subsequent efforts and successes of Russia, when from this heterogeneous and often hostile "flocks of friends", managed to isolate this or that gang - the success of Russia, weakening our enemies and the United States, above all. Those who brewed all this porridge and hoped to remove all the cream.

Not grown together. For the first time, Russia was able to slap the USA. Ringing is now around the world. 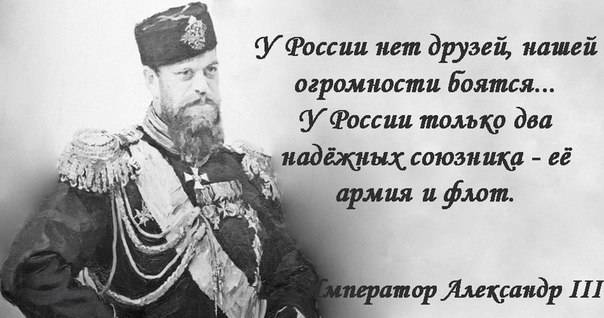 A cheburashka who is looking for friends is from a cartoon that will never be related to Russia. Especially to Russia. Too many billions of people live in the world. The very capitalism and the very market relations on which today's world community is built are too mercenary. When less than 150 of millions of earthlings own the seventh part of the land and 40 percent of proven world reserves of raw materials, no one will remember that they are earthlings - everyone knows that the Russians have unfairly got what they should rightfully own. The British, the Americans, the Turks, ... further everywhere.

As for the Middle East and Syria, which today attract the attention of everyone, here and there you can and should be talking about friendship. The bigger, the better. Make rich gifts - horses, sabers, women. But God forbid you turn back after that to the "friend" back or to show not even weakness - the usual politeness. A knife in the back is guaranteed.

Let me remind the fate of the USSR in Egypt. The best friend Nasser de facto built the economy, armed to the teeth and trained. There are no politicians for a long time, and the Aswan Hydroelectric Power Plant still produces 10 billion kilowatt-hours per year (half of Egypt’s electricity at the time of launch), not to mention preventing floods and flooding the vast territory. All this (and much more) did not prevent Egypt from becoming a regional vassal of the United States in its confrontation with the USSR.

In the world, and especially in the Middle East, everyone is against everyone. And "with one hand pouring you X-Numx of X-year of the Year, the other trying to intercept the contract."

And it's good if this is not a contract for your murder.

* - if the words of Lord Palmerstone related to Russia, his statement about the absence of permanent enemies would be erroneous. Erroneous precisely because of the immense wealth and vast territories. Not some overseas colonies or mandated territories there, namely ITS OWN. 17 million square kilometers and 11 time zones guarantee Russia not only the fairness of the phrase “the sun never sets,” but also the presence of permanent enemies faithful to gnashing of teeth.

PS Obama announced ISIS as a global threat. No. XXUMX. A Russian, as a threat №1. And then the Russians were upset. Painfully, they do not like to be second. They sat down, drank vodka, conferred with the bears, and decided to smash the whole ISIL to Edren Fen. So that no one could doubt. Russians are the first in everything (anekdot).

Ctrl Enter
Noticed oshЫbku Highlight text and press. Ctrl + Enter
We are
Bashar al-Assad: In Syria, not the “revolution” that the enemies are talking about, but the revolution of the army and the people against terroristsSyria: Americans scare themselves, and Asma Asad buys chairs
133 comments
Information
Dear reader, to leave comments on the publication, you must to register.