January 24 2018
35
The soldiers of the Lithuanian mechanized infantry brigade "Iron Wolf" as part of 12 people on Thursday will go to Ukraine to participate in a military training operation, the press service of the Baltic Defense Ministry said on Wednesday.

On January 25, servicemen of the Iron Wolf Mechanized Infantry Brigade will leave for Ukraine to participate in a military training operation. The group of Lithuanian soldiers will include 12 people.
- the report says. 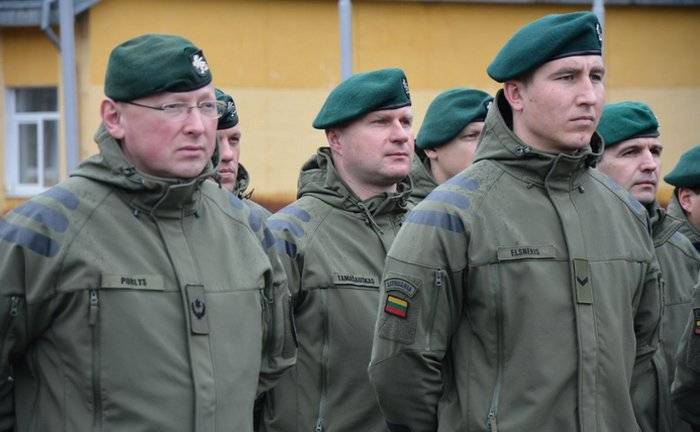 According to the ministry, the Lithuanian military personnel on the Western Ukraine Yavoriv training ground together with military instructors from the USA, Canada and Poland will be training Ukrainian military for two months.

The tasks for the Lithuanian servicemen departing for the operation are to assess the skills of the personnel of the Ukrainian units and advise on the planning of operations of a different nature.
- notes the ministry.

Lithuanian sergeants will concentrate on checking the combat training of Ukrainian instructors, snipers, specialists in work with automatic grenade launchers. According to the Ministry of Defense, Lithuanian military personnel are sent to Ukraine for the second time in order to train the Ukrainian Armed Forces. In 2015, the military of the Baltic Republic for two months trained the soldiers of the National Guard of Ukraine, reports RIA News

Ctrl Enter
Noticed a mistake Highlight text and press. Ctrl + Enter
We are
What is the new adversary of Iskander and VKS capable of? “Iron Wolf” sharpens a tooth on the “Kaliningrad Enclave” and Belarus
35 comments
Information
Dear reader, to leave comments on the publication, you must to register.