Erdogan: Turkey is not limited to operations in Afrin

January 24 2018
24
In the course of the operation “Olive branch” in the north of Syria, the Turkish army will not be limited to the territory of the Kurdish canton of Afrin. As stated by Turkish President Recep Tayyip Erdogan, the army intends to "stop dirty games" and clear the entire border from the presence of Kurdish "terrorists." 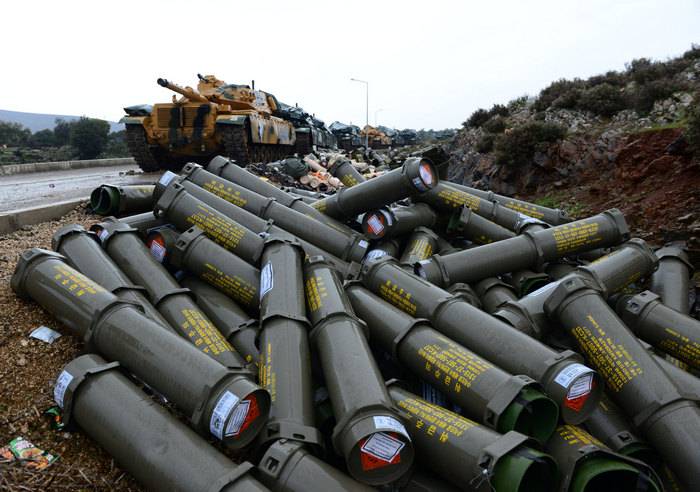 Having started the operation "Olive Branch", we stopped the games of different forces that want to carry out their plans in our region. Starting from Manbij, throughout our entire border (with Syria), we will completely clear the region of terrorists, ensure our security
- said Erdogan, speaking before the heads of local administrations in Ankara.

According to him, the losses of Turkey and the Syrian opposition during the operation in Afrin amounted to seven or eight people, and the losses of the enemy - 268.

Earlier, the president said that the troops would leave Syria as soon as they reached the objectives of the operation. He noted that Turkey’s actions are directed not against the Kurds, but against the creation of a terrorist corridor.

On January 20, Ankara announced the launch of Operation Olive Branch against Kurdish groups in Afrin, which it considers terrorist. Allies of Turkey were fighters "Syrian Free Army", reports RIA News

Ctrl Enter
Noticed oshЫbku Highlight text and press. Ctrl + Enter
We are
Bonuses from the possible failure of the "Olive Branch": the United States is looking for tools to deploy contingent in the west of Aleppo
24 comments
Information
Dear reader, to leave comments on the publication, you must to register.