January 24 2018
11
On Tuesday, a strategic reconnaissance aircraft of the US Air Force RC-135W flew for many hours at the Russian border over the Barents Sea, reports Interfax messages from foreign sites tracking military movements aviation. 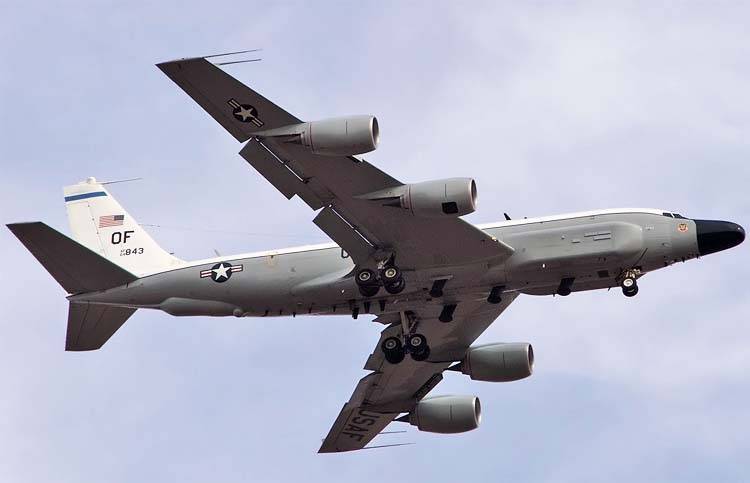 According to the resources, the American "aircraft designed for electronic reconnaissance, with a tail number 62-4134 and call ZARP70, which flew from Mildenhall airbase in the UK, flew for several hours near the coast of the Murmansk region, being above the Barents Sea."

On the same day, “the long-range radar detection and control aircraft of the British Royal Air Force E3 Sentry AWACS with the on-board number ZH104 and the callsign NATO31 made a reconnaissance flight near the Kaliningrad region,” the report said.

According to the sites, he circled near the Russian borders while in Polish airspace.

Ctrl Enter
Noticed oshЫbku Highlight text and press. Ctrl + Enter
We are
Poseidon passed along the CrimeaThe US Coast Guard received the X-NUMX aircraft HC-13A Ocean Sentry
11 comments
Information
Dear reader, to leave comments on the publication, you must to register.