The BRAHMOS-A rocket has a good export potential, good domestic orders. I do not exclude that the Russian Armed Forces will pay attention to it, since it can be adapted to Su-34 and Su-35
- he said. 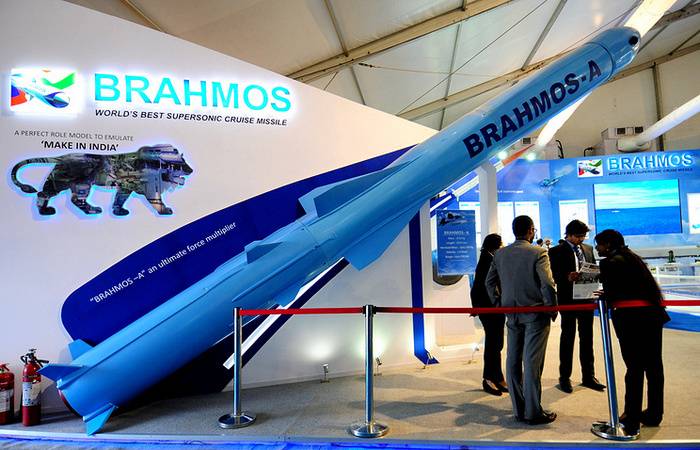 The head of KTRV clarified that the Indian side had already organized a test launch of this rocket, which was successful, and the engineers and designers of the corporation watched the tests.

The test site was very well prepared, the target situation, telemetry, which allowed to control the launch in real time. The most difficult work has been done: a rocket intended for ships and ground complexes is adapted not to a bomber, but to a fighter that possesses other parameters and characteristics. The BRAHMOS-A product has proven to be great
- said Obnosov.

The air-launched cruise missile BRAHMOS-A was created by the Russian-Indian joint venture BrahMos Aerospace, one of the founders of which is part of KTRV Military Industrial Corporation NPO Mashinostroyenia, located near Moscow Reutov

Ctrl Enter
Noticed oshЫbku Highlight text and press. Ctrl + Enter
We are
Promising projects of the BrahMos family of missiles
16 comments
Information
Dear reader, to leave comments on the publication, you must to register.