Su-57 began flying with the latest weapons on board 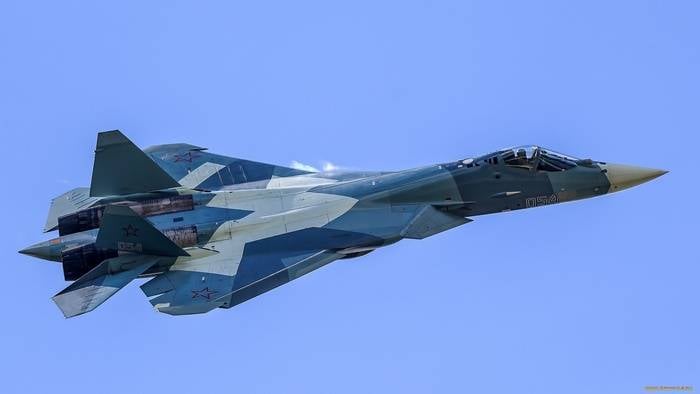 The work is hard. The whole complex of high precision weapons for this aircraft, both inside the body and on the external load, is developed by the enterprises of the corporation. We switched to practical flights, I think that in the near future we will see the result
- said Obnosov, answering a question about the implementation of the program to create aviation weapons of destruction for the fifth-generation fighter Su-57.

According to him, the protocols of information interaction with almost all types of weapons agreed.

Su-57 (PAK FA) first took to the air in 2010 year. As previously reported, 5 December, he made the first flight with a new engine. Now it is the so-called engine of the first stage - 117C, the new engine has not yet received the name and is conventionally designated as the "engine of the second stage".

Ctrl Enter
Noticed oshЫbku Highlight text and press. Ctrl + Enter
We are
News of the domestic hypersonic program
54 comments
Information
Dear reader, to leave comments on the publication, you must to register.