Poroshenko discussed with Volker introduction to the Donbass UN peacekeepers

January 24 2018
39
President of Ukraine Petro Poroshenko met with US Special Representative Kurt Walker and discussed with them the question of entering the UN peacekeepers in the Donbass, the exchange of prisoners and the law on reintegration, reports RIA News. 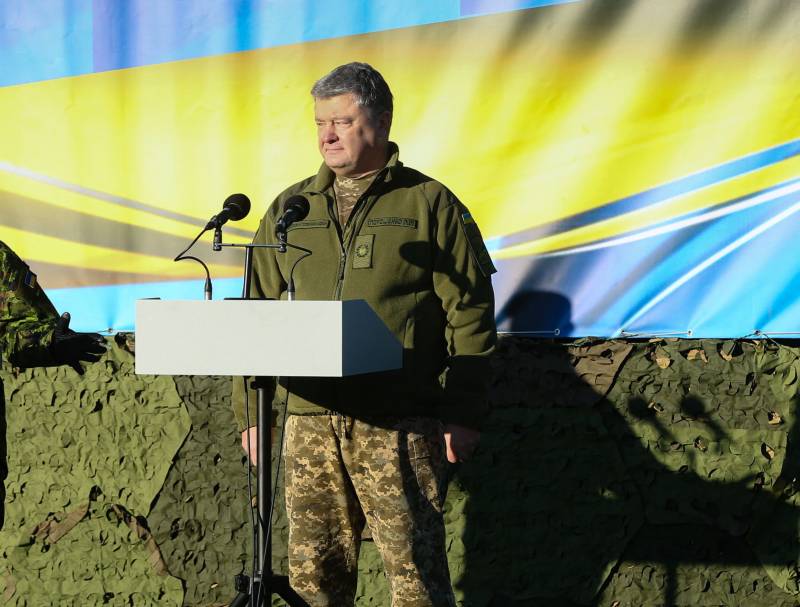 President of Ukraine Petro Poroshenko met with the special envoy of US President Kurt Walker. Serious concern was expressed about the lack of progress in Russia's implementation of the provisions of the Minsk agreements,
says on the presidential site.

According to the report, the parties noted that "Moscow must finally demonstrate the will for a peaceful settlement and agree to the deployment of a UN peacekeeping mission in the occupied Donbas, including an uncontrolled stretch of the Russian-Ukrainian state border."

The law on the reintegration of Donbass was also discussed as an element of the “general strategy for restoring the sovereignty and territorial integrity of Ukraine”.

In addition, Poroshenko and Volker noted the "importance of the completion of the prisoner exchange process."

Earlier, Moscow has repeatedly stated that it is not a party to the internal Ukrainian conflict and is not involved in the events in the Donbass, and is also interested in Ukraine’s overcoming the political and economic crisis. In addition, Russian Foreign Minister Sergei Lavrov said recently that the adopted law on the reintegration of Donbass crosses the Minsk agreement.