Project "ZZ". Nationalism versus globalism: give money for war!

January 24 2018
9
What will win in this difficult world: globalism or nationalism? While experts from Europe are breaking spears in disputes, the American establishment has decided the question: American nationalism will win. But calling it out of political politeness follows global liberalism. 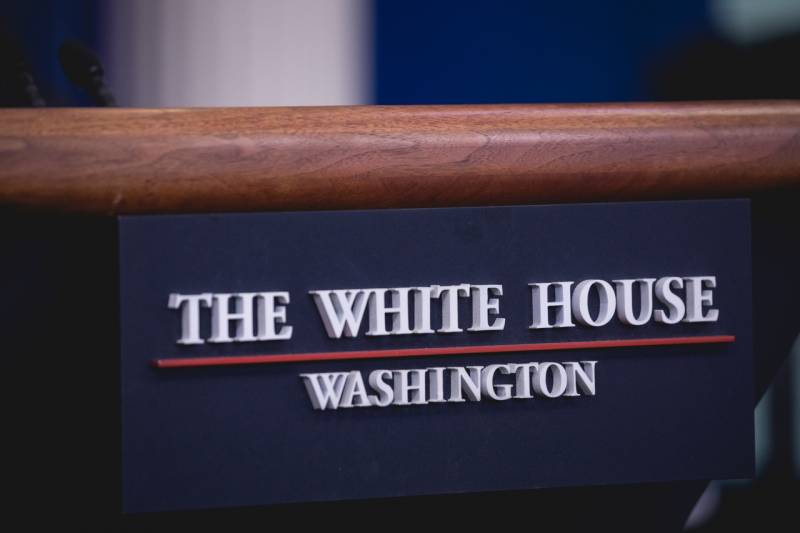 The article “A Fractured World: Nationalism vs. the Global Liberal Order ", published in the influential edition "The Wall Street Journal", economic commentator Greg Yip showed how modern globalism is cracking under the onslaught of nationalism.

Nationalism opposes the “global liberal order”, the author is convinced. And even if the nationalist movements lost “some recent battles,” it’s too early to think that “they are retreating.”

And yet the global liberal order holds better today than many feared a year ago.

In Europe, right-wing populists lost the election: this picture is typical of the Netherlands, Austria and France.

But this does not mean that globalists can “breathe freely,” the author writes further. The activities of the nationalists are growing, changing and expanding. And this is not only about the relationship of countries on free trade issues. Nationalism, the journalist points out, “is destroying institutions and norms.”

Populists, supported by legitimate people's complaints about "cultural and economic upheavals caused by globalization," often use authoritarian means to achieve their goals, thereby undermining the "stable, rule-based environment." Namely, such an environment is preferred by companies, preferred by business.

There are two trends. The first is economic. Protectionism usually retreats where the economy improves. However, last year, protectionism, on the contrary, increased despite the “large-scale global expansion”. Global Trade Alert (an economic monitoring group from Switzerland) counted 642 (!) On the actions of governments that last year somehow damaged other countries - from US inflatable mattresses to Chinese financial support for their own cloud data industry. This is just below the 2015 record of the year, but 95% higher than the 2010 of the year!

The second trend is political. Characterized by a decrease in the level of freedom - last year it was noted in 71 country. Improvements in freedom were shown in all 35 countries. This is Freedom House data. According to analysts of this non-profit organization, liberal democracy has been retreating on the planet since 2006, and in recent years the retreat has accelerated.

What is even more alarming to experts is that the United States, which for a long time headed economic and political liberalism in the world, "played a key role in both trends."

Last year, the United States initiated 143 harmless trade actions, which is 59% more than in the 2016 year. And although the US remains a free country so far, the level of freedom there has been declining for seven years, and especially it has decreased in the 2017 year “due to foreign interference in its elections,” and also due to the lack of “ethical compliance”.

Nationalism is required of those leaders who seek to "conquer and retain power," the author points out. Autocrats depict their opponents (judges, journalists, opposition politicians) with tools in the hands of an “external enemy” or use nationalism “to rally supporters along ethnic and religious lines”.

This trend is perhaps most characteristic of Eastern European states, the journalist continues. Almost three decades ago, it was nationalism that helped liberate the satellite countries of the Soviet Union from communism. But in recent years, the governments of Hungary and Poland have again used nationalism in order to justify the "erosion of democratic institutions." And both states have already faced the threat of sanctions from the European Union: Poland may be sanctioned for attacking the independence of the judiciary, and Hungary for threatening to end university independence and refugee policy.

Both countries have already responded to possible sanctions in a nationalistic manner. In Poland, the ruling law and justice party claims that criticism of the EU is a pretext for imposing multiculturalism on it and forcing it to accept more Muslim migrants. Hungary’s leader Viktor Orban has called Muslim refugees “poison” and a threat to Europe’s Christian identity.

However, in other countries, nationalism is failing. Marine Le Pen, who spoke in France for quitting the eurozone and drastically reducing immigration, lost to globalist Emmanuel Macron in the presidential election (although the National Front received a record 34% of votes).

In Austria, the far-right "Freedom Party", which strongly opposes immigration and warns of "Islamization", received enough votes to enter the ruling coalition.

In Germany, the anti-immigration and anti-European “Alternative for Germany” also dragged enough voters to its side and gained some influence.

As for the United States, then the grandmother said in two. Mr. Trump rules in many ways in Republican traditions. Earlier this month, he even fell out with his former strategist Steve Bannon, an ardent supporter of economic nationalism, who attacked the globalizing establishment and called him "the Davos party." David French from the National Review even then welcomed the demise of “incoherent, destructive nationalist populist ideology” and gave the Republican Party a chance to “restore” it as a “party of conservative ideas.”

But this is premature, says the journalist. Mr. Bannon may disappear from the political field, and Mr. Trump's animosity towards immigration and free trade persists to this day.

As for Russians and Chinese, even there a “corruption investigation” has long been “a pretext for punishing wayward business leaders.” Economic freedom there has become "more limited." The Chinese Communist Party "has recently achieved an increase in its representation in key companies," and the government's leading partner in the field of Internet business is now "watching its people."

Populism, which is operated by nationalists, is bad for business for an obvious reason: its own instability.

But this very populism, we add, helps the above-mentioned Mr. Trump to fulfill the slogan of the election campaign: “Let's make America great again!” To do it quite in the spirit of reaganomics - the very one in whose times there was no talk of globalism, but American nationalism (notorious exclusivity) was aimed at crushing the Soviet "evil empire". This “empire” D. Trump was replaced by its fragment - Russia.

The American and British generals have every reason to "be grateful to Russian President Vladimir Putin," the columnist sneers. “For the first time after the Cold War, Russia acts as a weighty argument in budgetary tug-of-war and is at the center of military strategies,” the author points out.

The new message of Sir Nicholas Carter, Chief of the General Staff of Great Britain, was aimed at supporting the aspiration of the military establishment to increase military spending. The latter seek to achieve 3% of GDP - even more than two percent required by the North Atlantic Treaty Organization! Mr. Carter mentioned the “Russian threat” in his speech.

These statements are quite consistent with the new US National Defense Strategy (2018, we wrote about it on "Military Review"), which says about “strategic competition” with Russia and China, because these states are trying to undermine the world order. To counteract the PRC and the Russian Federation, the generals need “sustainable investment” The "good old days" of the Cold War and the arms race are back.

Bershidsky considers the tendency of returning to the “wars of yesterday” to be fraught with not only high expenses “for shoes and equipment”. By itself, such a policy is a dangerous reflexive temptation.

When generals and politicians in the United States talk about threats to world order, they actually mean a completely nationalistic order: the very order where only US interests are at the forefront. In the second "corner" are the interests of American allies. And so on those distant corners are distributed those whom the United States to the corners generally allow. 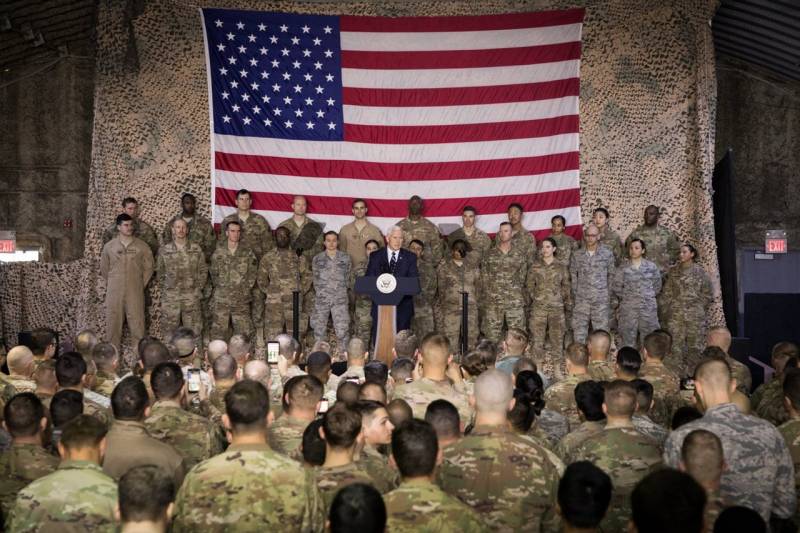 The United States has all the rights, their allies have a part of the rights, the rest have nothing, except that the United States will allow them. It is this “liberal order”, which has nothing in common with true liberalism and its freedoms, that Mr. Trump’s “reflecting” administration today values. It is quite conservative, I must say. It retains US power on the planet.

This is confirmed by the new US National Defense Strategy. There it is written in black and white: “For decades, the United States has enjoyed an incontestable, if not dominant, superiority in every field of operations. We could deploy our forces whenever we wanted, place them where we want and act as we want. ”

And this White House is trying to return to this “good old” world order. This is a special nationalism, its American variety.

Ctrl Enter
Noticed oshЫbku Highlight text and press. Ctrl + Enter
We are
Situational analysis of the death of the MH17 flight (Malaysian Boeing 777), made on the basis of engineering analysis from 15.08.2014Syria: Americans scare themselves, and Asma Asad buys chairs
9 comments
Information
Dear reader, to leave comments on the publication, you must to register.