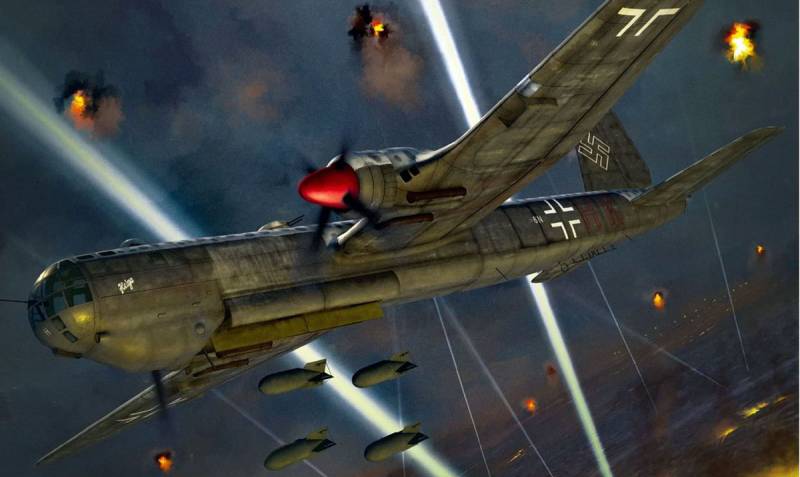 On January 21, 1944, the German Air Force launched Operation Steinbock (Steinbock - Mountain Goat) - the last attempt to launch massive airstrikes on the territory of Great Britain. The operation lasted three months and ended in complete failure, despite the fact that the main forces of the shock were attracted to it. aviation Luftwaffe - more than 580 bombers and fighter-bombers.

Steinbock was positioned as a “retaliation operation” for the Allied bombing of German cities and was not so much a military as a propaganda character. It was originally planned that in addition to the bombers, it would take partweapon“V-1 projectiles. But in November 1943, during the next raid, Americans leveled the Fau plant and finished goods warehouses. The cruise missiles had to be built from scratch, and their stock sufficient for an effective start of combat use , managed to accumulate only by June 1944-th.

Therefore, only conventional manned aircraft, which had to be tied up to the English Channel from all over Europe, exposing warring fronts, were involved in Steinbork. When the Red Army smashed the Wehrmacht in Ukraine, near Leningrad and in the Crimea, German bombers, instead of supporting their troops, flew to London at night, unsuccessfully trying to break the morale of the British. But what failed in 1940 year, especially could not succeed in 1944-m, when the balance of forces on the ground and in the air has become quite different.

In addition, the average level of training of German pilots and navigators during the war years has decreased significantly due to losses and forced-rush training of new flight personnel. As a result, the first massive raid on London, which took place on the night of 21 on 22 in January of 1944, ended in that only 40 from 430 bombers were able to reach the target. The rest scattered in the dark and dropped the combat load anywhere. Of the 768 tons of high explosive and incendiary bombs destined for London, only 62 tons fell on the city. At the same time, one officer and 74 civilians died. Several buildings were destroyed in the city and dozens of fires (including in the Palace of Westminster) were destroyed, but they were quickly extinguished.

German casualties were very serious - 36 bombers did not return from the raid. About half of them were shot down by night fighters "Moskito" and "Bofaiter", who found their targets using radar. 99 pilots died, 14 - captured. Having learned that most of the crews could not find London, although it was only kilometers away from German airfields to German airfields, Hitler became enraged and ordered to repeat the attacks until the British capital was destroyed.

The second raid took place on the night of 28 on 29 in January and ended similarly: 30 planes were bombed around the city, high-explosive 141 fell on the city and about 7000 incendiary bombs killed three soldiers and 41 civilian. From the "lighters" arose 145 fires, but they were all quickly eliminated. The casualties were 15 bombers and 59 crew members, of whom 54 died and the rest were captured. Similarly, the 3 / 4 and 13 / 14 raids were carried out in February, in which the Germans managed to kill a few dozen British people and destroy dozens of buildings at the cost of losing 25 bombers together with the crews.

And only at night with 18 on 19 February, the German pilots managed to complete the task. It was the most destructive bombing since the end of the “Battle of England”. That night, 175 bombers broke through to London, dropping roughly 250 tons of bombs. 245 people died in the city, 484 were seriously injured. More than 200 buildings were destroyed, 900 order was damaged, 480 fires broke out, water supply stopped in several areas, and one of the bombs broke through the pavement and 10 meters of soil, collapsed the subway tunnel, which was restored only a month later. The attackers cost all nine bombers.

Later night raids continued, but never once did the Germans manage to repeat the success achieved by 18 / 19 in February. Not only London was attacked, but also other cities, in particular, Bristol and Hull. However, due to the losses and the transfer of several bomber groups to Italy, the number of attackers decreased significantly. Accordingly, the effectiveness of air strikes has decreased.

The last major raid on London took place on the night of 18 on 19 April. Due to bad weather conditions, most of the 125 bombers that took part in it came back without even flying over the English Channel. Only 53 aircraft reached the British territory, but 17 of them were shot down, and the British estimated the damage from the raid as extremely insignificant.

In Operation Steinbock, the Germans irretrievably lost 329 bombers - much more than they were involved in the same period on the Eastern Front, where the decisive events unfolded. Of course, there, these bombers would have been much more necessary, but the Fuhrer and his entourage thought otherwise, and in the end - suffered defeats on both fronts. In Russia - on the ground, and over England - in the air.

The British, reflecting the attack of the mountain goat, lost just eight night fighters, shot down by bomber arrows or crashed in disasters. 1556 people died on the ground, the vast majority of whom were civilians.
On the screen saver - German bomber Non-177 "Greif" bombed London during Operation Steinbock, drawing by Jerry Bowcher. The operation involved 46 such bombers.

Dornier Do-217M and Non-177 bombers bombing England in the spring of 1944. Drawings by Mikhail Bykov. 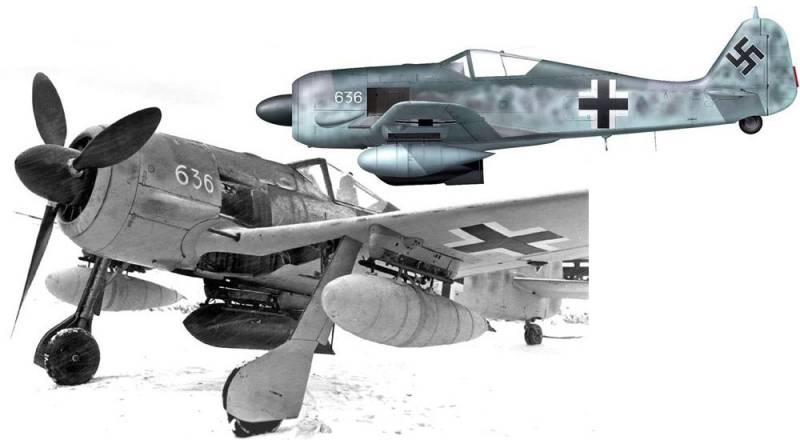 Do-217 in night camouflage. To participate in the operation "Steinbock" attracted 85 aircraft of this type. 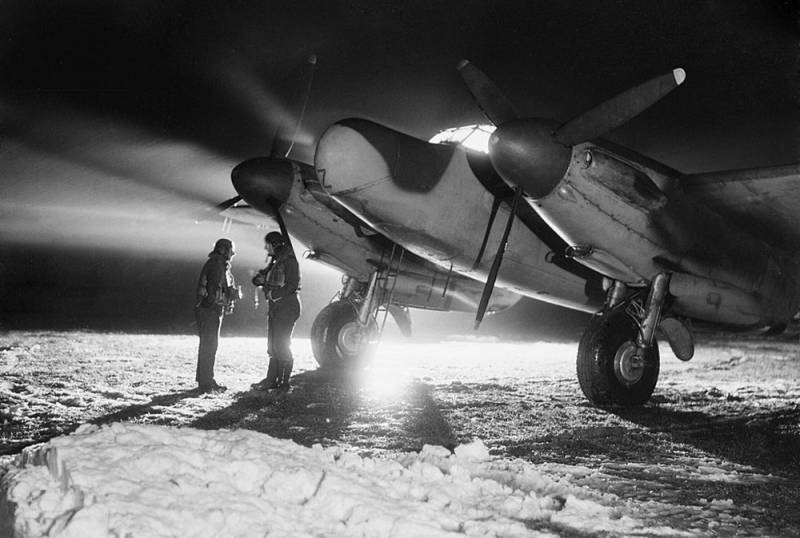 Various types of radar mounted on Beafter fighters. Right - more perfect, with a parabolic antenna. On board, in the left car, nine small swastikas are visible, denoting shot down German planes. 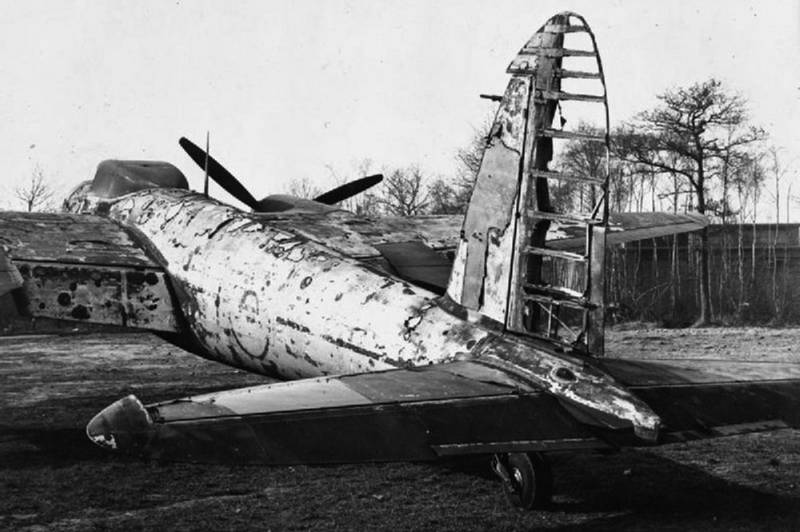 Mosquito, flying through a cloud of burning gasoline from a German bomber shot down by it and exploded in the air. The plane burned paint and linen trim rudder, and the cockpit lamp dimmed. But the pilot managed to almost blindly put the car. 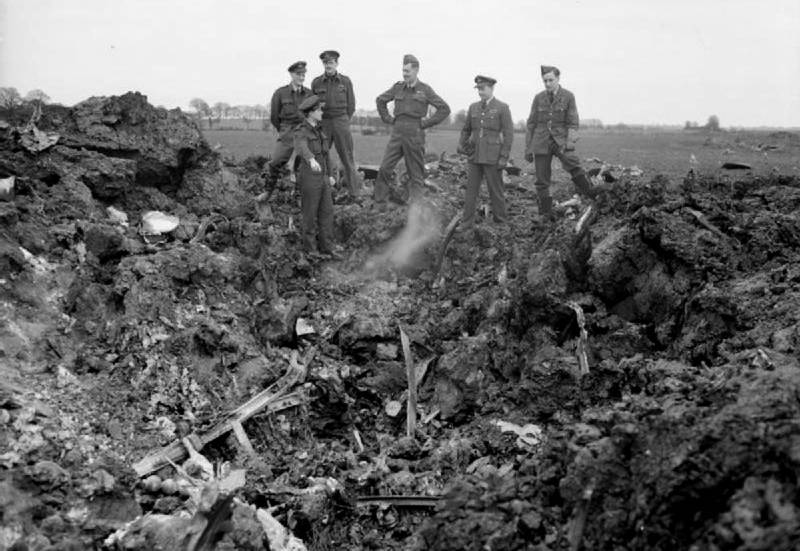 British officers near the crater, formed at the site of the crash of the shot down bomber Junkers Ju-88. 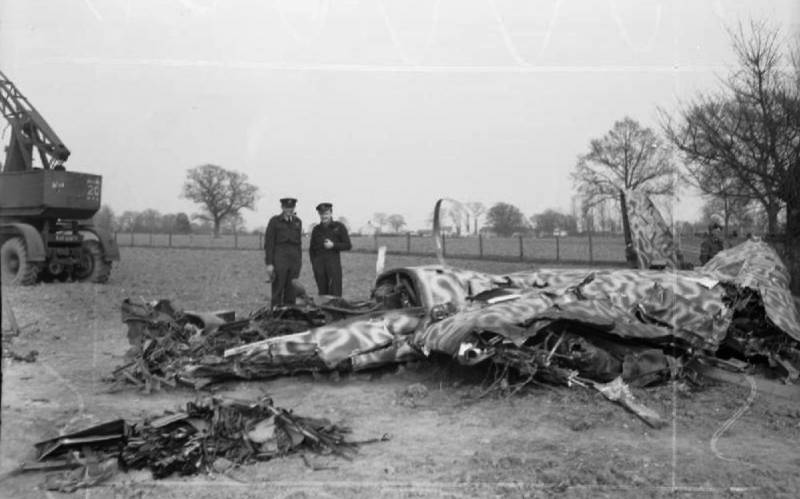 The remains of another member of the operation "Steinbock". 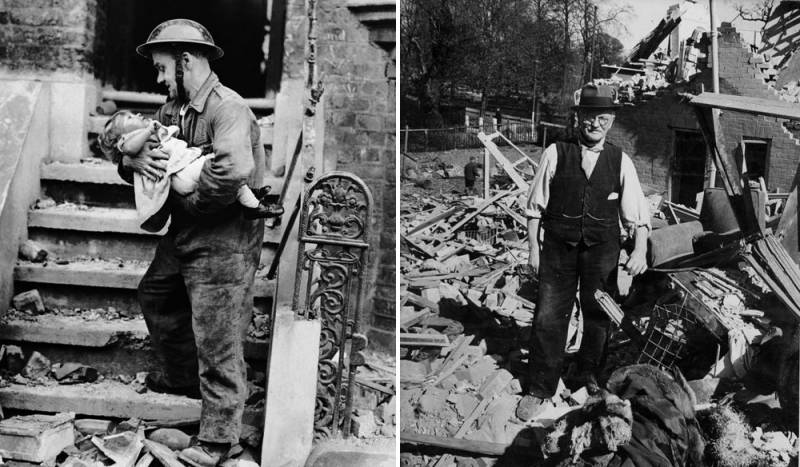 Pictures taken in London after the raids: the rescuer makes a girl from the ruins and an elderly gentleman on the ruins of his house.

Ctrl Enter
Noticed oshЫbku Highlight text and press. Ctrl + Enter
We are
An-12 in AfghanistanMiG-21 in Afghanistan
221 comment
Information
Dear reader, to leave comments on the publication, you must to register.