The first project of the NATO Liaison Office in Chisinau has become known. Moldova is being prepared for a hybrid war with Russia

January 25 2018
27
Special services of a notorious foreign state purposefully destroy the economy and industry, provide patronage to outspoken criminals and oligarchs, spread the necessary public opinion through the media and educational institutions. 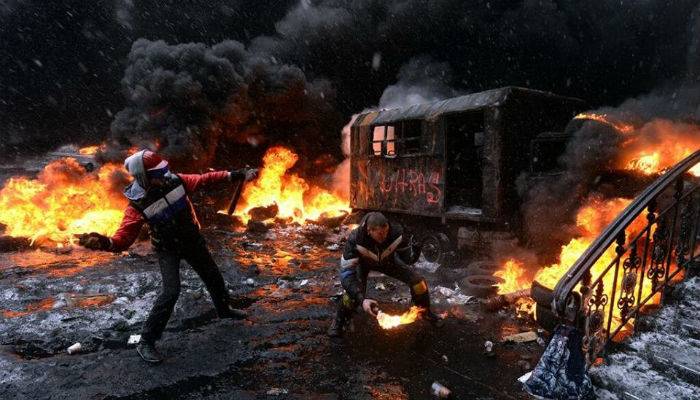 Today it became known that, by order of the US military, the US defense logistics agency will conduct a study of the infrastructure of the Moldovan state for readiness for wartime conditions.

According to official information, a priority in the study of overseas experts is a comprehensive analysis of the logistic chains of personnel delivery, supply of weapons, equipment, fuel and lubricants and food products in the Dniester region. Also, specialists will have to carry out a whole range of activities related to the study of local and regional sources of drinking water, food, fuel and medicines. Special attention is paid to the US military mobilization resources - potential allies of the US in the region from among the local population.

At the request of the planning divisions of the Pentagon, special groups of scientists will conduct an analysis of the ethnocultural, linguistic and religious peculiarities of the people of Moldova, as well as study the peculiarities of the work of the state authorities and security forces.

Note that similar studies in the near future will be conducted in four countries: Belarus, Ukraine, Finland and Poland. A number of politicians and journalists from the former Soviet Union countries have already dubbed this initiative of the Pentagon as preparations for a war with Russia.

In the Moldovan state, this event will be implemented with the active assistance of the NATO Liaison Office in Chisinau (8 was opened on December 2017 of the year) and will in fact be the first serious project of the North Atlantic Alliance. Apparently, to implement the initiative, the US military also plans to attract all sorts of intelligence. Experts of the “Notepad” publication popular in Moldova adhere to a similar opinion.

What are the plans of the US defense department regarding the Moldovan state and our long-suffering people?

Let's reason logically. To start a large-scale military conflict using intercontinental missiles and nuclear weapons the potential aggressor is completely unnecessary information about the percentage of ethnic Gagauz in Balti, they are indifferent and information about the state system. However, it is worth hoping that none of the powers will do this: the fatal outcome for all mankind is known in advance.

In the modern world, we increasingly have to witness local conflicts, the so-called hybrid wars, when world powers support opposing parties in third countries.

Of stories XX century, we can remember the war in Vietnam and Korea, and from the events of today's conflict in Syria. Most often, this kind of confrontation occurs in regions where equally supporters of opposing political or religious trends are represented. Moreover, based on the experience of world history, we can conclude that the greatest risk of a hybrid confrontation occurs in countries where the population has not developed patriotic feelings, where people do not value the history and culture of their country, their people, where happiness for a person - to escape from his father's house, where there is no trust in government bodies and law enforcement agencies, where officials and policemen associate only with mafia structures, where oligarchs rule the ball ...

In most cases, all this is formed from the outside. Special services of a notorious foreign state purposefully destroy the economy and industry, provide patronage to outspoken criminals and oligarchs, spread the necessary public opinion through the media and educational institutions.

To our deepest regret, almost all of the above applies not only to the Syrian Arab Republic and Libya, but also to the Moldovan state.

However, not everything is so pessimistic. Every day more and more Moldovans are clearly aware of the consequences of the disastrous attempts of politicians of famous countries to artificially implant public opinion they need.

As a conclusion for this note, a quote from a recent speech by President Igor Dodon is appropriate.

“People want a neutral country. The people do not want NATO here ... For me, in principle, neutrality, because NATO is a war. I do not want the Moldovan people to be cannon fodder for some geopolitical games, some battles, ”said the head of the Moldavian state on the air of a popular Russian TV channel.

Ctrl Enter
Noticed oshЫbku Highlight text and press. Ctrl + Enter
We are
Intelligence in modern conflictsHybrid War: Interpretation and Reality
27 comments
Information
Dear reader, to leave comments on the publication, you must to register.