January 23 2018
50
The Russian reconnaissance ship "Viktor Leonov" was spotted on Monday off the US East Coast, reports TASS CNN post. 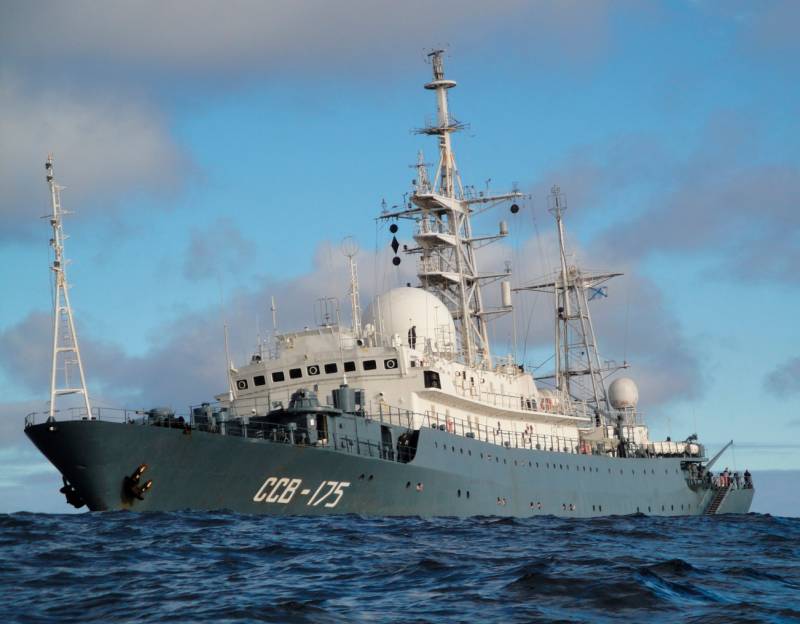 According to the television company, Viktor Leonov is located in international waters, approximately 160 kilometers south-east of Wilmington, North Carolina.

According to journalists, "the ship left Port of Spain a few days ago, the capital of the Caribbean state of Trinidad and Tobago, and then headed north."

It is noted that the course of the Russian ship is unknown. However, earlier, according to sources, Viktor Leonov has already cruised along the US East Coast, where, among other things, the bases of the US Navy are located (in Norfolk, Virginia and Kings Bay, Georgia).

The last time the ship was spotted off the East Coast was in March 2017. As Fox News reported at that time, “Viktor Leonov” took place in international waters approximately 37 km southeast of the Kings Bay base.

The publication reminds that the ship "Viktor Leonov" (project 864) is designed to "intercept radio communications and study the parameters of sonars." It is the third generation of ships developed in the Soviet Union in the 1980s.

Ctrl Enter
Noticed oshЫbku Highlight text and press. Ctrl + Enter
We are
The watchdog Yaroslav the Wise called at the port of Trinidad and Tobago
50 comments
Information
Dear reader, to leave comments on the publication, you must to register.