January 23 2018
17
India will release domestic anti-tank systems in tank modifications. According to armyrecognition.com, the Indian Ministry of Defense announced the upcoming modernization of the Bhishma tanks (the name of the T-90S tank in the Indian army) and equipping them with anti-tank missiles. 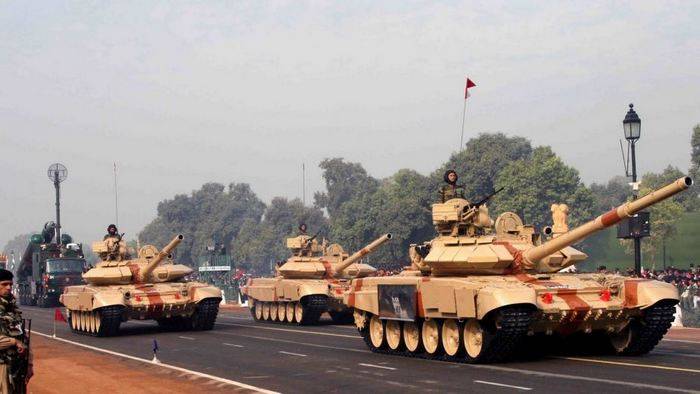 The Indian Defense Research and Development Organization (DRDO, Defense Research and Development Organization) has been developing the Man-Portable Anti-tank Guided Missile (MPATGM) anti-tank system for several years. These rocket launchers have already partially passed military acceptance and should soon enter service with the army. For tanks "Bhishma" Indian ATGM will be supplied in a modification of Invar ATGM.

Indian ATGMs are capable of hitting targets at a distance of 5,5 km, and their next modification will make it possible to destroy armored vehicles that are located at a distance of up to 8 km with missiles. The Indian Defense Ministry indicates that equipping new-generation ATGM tanks will make it possible to use armored vehicles in high-altitude areas much more efficiently (for these purposes it is planned to equip Indian tanks with new, more powerful engines), reports "Warspot"