January 23 2018
13
The new Ka-52 combat helicopters entered a separate helicopter regiment of the 4 Army Air Force and Air Defense in the Krasnodar Territory in accordance with the plan to re-equip the troops of the Southern Military District, the press service of the district reported

In the near future two more helicopters of this type are planned to arrive.
- said in a statement 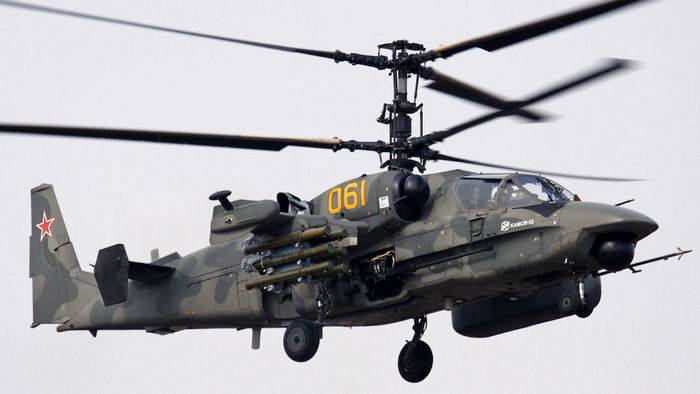 The press service noted that since December 1, 2017, the personnel of the Ka-52 squadron have been carrying out planned combat training activities. Pilots who do not have experience managing this type of helicopter will undergo training at the Combat Training and Retraining Center of the Army aviation The Ministry of Defense of Russia.

The Ka-52 "Alligator" attack attack helicopter is an upgraded version of the Black Shark Ka-50. According to expert estimates, it has better aerodynamic characteristics and is less noticeable for radars. Increased its speed and maneuverability. On board the combat vehicle installed more advanced electronic equipment. Ka-52 is designed for fire destruction of armored vehicles, manpower and enemy helicopters.