January 23 2018
78
The refusal of the Ukrainian authorities to accept the remaining military equipment in the Crimea demonstrates Kiev’s unwillingness to cooperate with Russia, reports RIA News Statement by the Deputy Chairman of the Federation Council Committee on Defense Franz Klintsevich 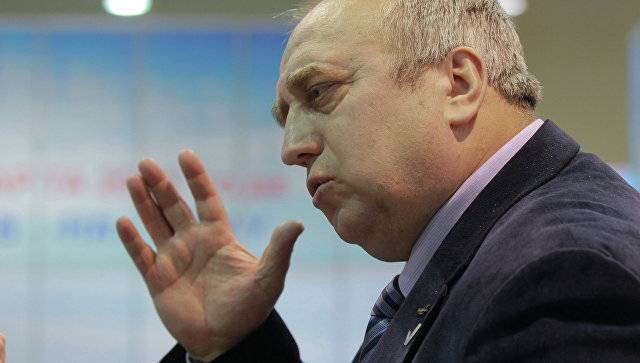 The current Kiev regime is able to respond to a gesture of goodwill from Moscow only by political rudeness, standing up to the posture and turning everything upside down,
wrote Klintsevich in his Facebook.

He noted that another reaction in Moscow "was not expected."

I mean the statement by the head of the Ukrainian Foreign Ministry, Pavel Klimkin, that Kiev has no dialogue with Moscow on the status of the Crimea. In fact, everything that is called, exactly the opposite. Russia has not and cannot have any dialogue with Ukraine on the status of the Crimea. It is determined by its people in the 16 March 2014 referendum and is not negotiable.
declared the senator.

According to him, “rejecting the proposal of Russia to return equipment from the Crimea, the Ukrainian government once again demonstrated its apparent unwillingness to look for even the slightest points for cooperation.”

On Monday, Ukrainian Foreign Minister Pavel Klimkin said that Kiev and Moscow are not engaged in a dialogue regarding the status of the Crimea and the return of military equipment from the peninsula. Kiev "will not take any action that can weaken either the political or legal position" of the state.

We will remind, earlier, Vladimir Putin declared his readiness to transfer to the Ukrainian side military ships and combat aircraft from the Crimea, noting that all the equipment was “in a deplorable state”.

Ctrl Enter
Noticed a mistake Highlight text and press. Ctrl + Enter
We are
Results of the week. "Everything! Kina will not be! Electricity is over! ”
78 comments
Information
Dear reader, to leave comments on the publication, you must to register.