Pushkov - PACE: Demand the payment of our contributions from Ukraine


Recall that last summer, Russia announced the suspension of part of payments to the Council of Europe until all rights of the Russian delegation are restored.

Statements by the Council of the Federation of Russia Alexey Pushkov commented on the statements made by Jagland from the PACE rostrum. According to the Russian senator, the Council of Europe would have to ask Ukraine for the payment of contributions for Russia, which actively contributed to depriving the Russian delegation of the right to vote. 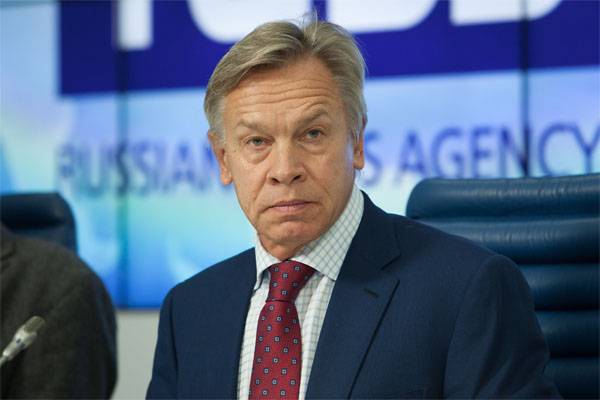 Alexey Pushkov on Twitter:
The Council of Europe is waiting for the next installment of Russia in February. But while Russia's rights in PACE have not been restored, the contribution will not be. Let Ukraine pay for us.

An obvious hint is also that Ukraine has accumulated impressive debts to Russia (including the 3 billion debt on the loan previously received from the Russian Federation).

It should be noted that the regular winter session of the Parliamentary Assembly of the Council of Europe began in Strasbourg on these days.

Ctrl Enter
Noticed oshЫbku Highlight text and press. Ctrl + Enter
We are
Long Russian minus in the budget PACE: how to reduce the balance of the office?
49 comments
Information
Dear reader, to leave comments on the publication, you must to register.