Ukraine in American: can the US save the country

January 23 2018
25
Ukraine will be saved only if the United States takes it under external control. This opinion was recently expressed by the Ukrainian journalist Dmitry Gordon. 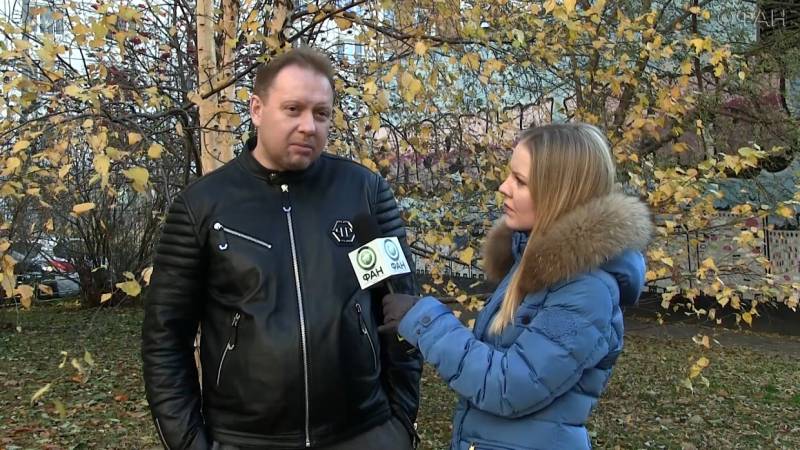 In his opinion, the country cannot independently deal with the accumulated problems, Ukrainian politicians pursue personal interests, and the well-being of the people does not concern them at all. Oleg Matveychev, professor at the National Research University Higher School of Economics in an interview with the Federal Agency News spoke about the state of the Ukrainian economy.

- How do you assess such prospects - the chances of Ukraine becoming a colony of the United States?

- In fact, Ukraine and now, in fact, is a colony of the United States, it introduced almost external control. We can see this by a number of signs: when, say, Biden came and sat in the prime minister’s chair, and all the ministers listened to him, we saw it. We see that the United States often provides free aid to Ukraine, plus they put constant pressure on the International Monetary Fund to break their own rules and give Kiev loans. There is financing as its own structure, as its own satellite. And, finally, direct obedience to the Americans of a number of ministries and departments of Ukraine. All special services are taken under the control of the United States, and today there are twice as many Americans in Kiev than in Russia. They think that if America colonizes them, they will become a colony, they will have some rights from it. In fact, their rights on the contrary will disappear. The colony assumes that the status of an American citizen and the status of a Ukrainian will not be equalized, but, on the contrary, Ukrainians will be discriminated. They just can not enter, for example, in the United States, will not be able to occupy some American posts, and much more. To dream of a colony, well, I don’t know, at the beginning of the 21 century, when the entire colonial system 50-70 collapsed in the world years ago, this is wild. Another wildness. It remains the following, what to dream about caves, about hides, about slavery. For ourselves, we dream of being American slaves. Actually, many people want it, it has already reached such a pathology ...

“Do you have an idea of ​​how much the majority of the population of Ukraine today truly believes in the bright future of the country under the wing of a fair American democracy?”

“If earlier we saw in various sociological polls that in the so-called European dream, the European future of Ukraine believed the order of 50% of people, but they were very active, they went to the Maidans. Now there is a gradual sobering up, and even in the European dream, as they say, 25-30% of Ukrainians believe. If we talk about the American dream, there will be even fewer people.

- So it is not surprising that such thoughts are already swarming in the heads of Ukrainian journalists, they express them, that the authorities do not cope with their duties?

- It’s traditional for Ukraine to always kick its own power. For a very short period, five presidents changed, two Maidan happened. This is not the last история. But this is not something that some kind of dislocation, which now happened, rather the opposite, the exception to the rule was the peaceful period of the existence of Ukraine within the USSR. Now Ukraine is experiencing an absolutely normal situation of preparation for itself for the next overthrow of another idol.

- What is the future of this Ukraine in the American way, how likely is such a scenario, about which the Ukrainian journalist spoke?

- The future of Ukraine depends on anyone, but not on Ukraine itself, the Ukrainian people, because it has lost its sovereign right to decide for itself how it will be in history. Plus, in the minds of a certain part of the Ukrainian elite, and of the western too, this is a myth that was spread by Ukrainians that Russia wants to seize something in Ukraine, share and so on. The problem is exactly the opposite. Russia does not need Ukraine. If it were needed, we would have created at least Novorossia a long time ago, would have kept it, would have arranged its statehood, would have spent huge amounts of money from its budget. Now we have America and Trump tried to foist Ukraine and say: "Well, take her under your control, so be it, since you are dreaming about it." And they were extremely surprised when they heard from our representatives that we, in general, do not dream. And if we are ready to take some responsibility for Ukraine, then you have to pay us for it, because there was a normal country, you destroyed it. Naturally, Americans are not going to recover anything, they will continue to rob her. Therefore, the situation of the status quo, when they tried to sell us Ukraine and to bargain with us in Iran and Syria. We said: "Guys, we do not trade our interests at all." The situation is stuck in a completely incomprehensible situation. Attacking us somehow they understand that it is impossible. They are warned that any attack on the LC, the DPR, especially on the Crimea, will end the same way as it ended in Georgia recently with Saakashvili.

- By the way, there have recently been shelling by the Armed Forces of Ukraine again, what is it?

- Shelling is a provocation. This is an attempt to prove to the nationalists, who are very many in Kiev, that we are fiercely fighting the Russian threat. They do these attacks in order to have a picture on the camera, that some valiant knights are shooting somewhere for some enemy positions. And where it flies, and who die, of course, it is not shown on Ukrainian television.

- Well, this will happen indefinitely?

- It will happen here in this hung situation for a while. There are only two ways, two ways. The first option is that Ukraine will develop in itself antibodies to fascism and from the inside itself will cope with its own fascism, nationalism. It takes about 20 years. The second option-Ukraine will die, that is, it will split. Remember, in 90, too, the whole society raved about the West. Ditch their own economy, half destroyed the country, waged a civil war on its territory. It took 10 years to recover. But in Ukraine, as in any province, all processes are slow. In our 90, our years have happened just now, on 20 years later. I think, not before any 30-40, the full recovery of Ukraine will take place.

Ctrl Enter
Noticed oshЫbku Highlight text and press. Ctrl + Enter
We are
A great interview with Sergey Lavrov: about Ukraine, Obama and IranWhat you didn't want to know about England
25 comments
Information
Dear reader, to leave comments on the publication, you must to register.