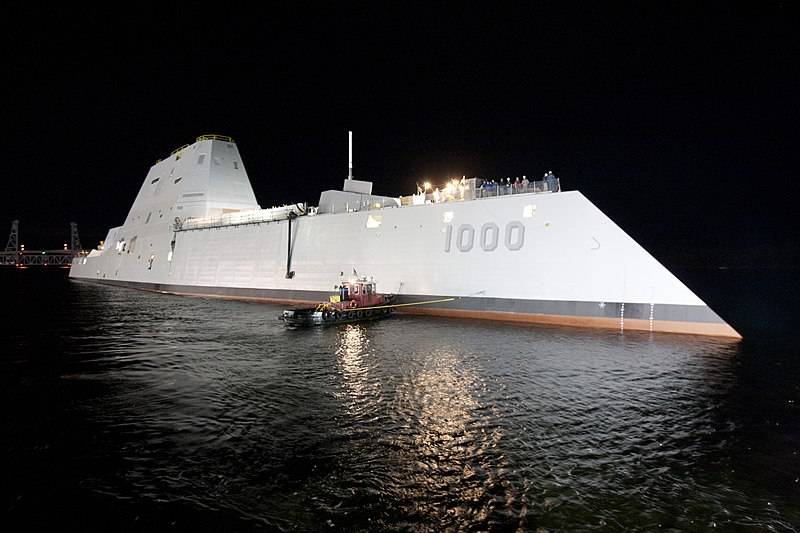 Your works are amazing, my God! The US Armed Forces do not have enough money even after the new militarist president, Donald Trump, approved the country's defense budget at a rate slightly below 700 billion (!) Dollars (in 2016, the defense budget was 534 billion. In 2017- m - 580 - 602 billion.). To better understand this figure, it is worth remembering that similar expenses of two countries officially declared by the enemies of the United States last year were defense expenditures of 69 billion dollars (Russia) and 146 billion dollars (China). And the Yankee money is still not enough. Although they did not have the Russian failure of the end of the 80's and 90's. As there was no Chinese "stagnation" - at the end of 70-s, China had an atomic bomb and machine gunners on horses in gas masks. So the defense industry of Russia and the PRC in the 21 century comes out of stagnation and makes up for lost time, and the United States has been spending $ 10 billion on defense for the US on 500-600.

And it would be okay for some super-expensive projects like space squadrons to fight the "green men." No, they spend on toys like new destroyers with railguns on board like the Zamvolt. No, while all this super-weapon was advertised, while they were hanging noodles on their ears that an expensive gun would hurl kopecks for hundreds of miles with a wild rate of fire, it sounded somehow convincing. But when the program of the 28 units of these super-destroyers was reduced to only three, and instead of the railguns they were equipped with conventional guns with an 62 barrel-caliber length, it somehow became uncomfortable. Not to us, of course - it became funny to us. Especially when they calculated the costs.

Two troughs float and break all the time, one more year how to build, and in a year and a half they will join the Navy. What allows you to summarize the costs. In fact, that is, two and a half ships, spent more than 22,5 billion dollars. It is somewhere under 10 billion for each in the ranks, and another 2,5 billion for under construction (a finished building costs less than a third of total expenses today).

Moreover, this poverty will not be able to shoot the guns of the main caliber. Because in the course of the project, it turned out that there would not be any projectiles for them. The prototype LRLAP (Long Range Land-Attack Projectile) type projectiles were under three meters long (well, 2,24 meters), they could enter the barrel even with separate loading only after they were raised vertically and therefore the rate of fire was no higher than 10 shots per minute. In this case, the cost of one such projectile surpasses the 800 thousand dollars. Somehow a bit too much to throw on the 100 km total 11 kg of explosives with a possible deviation from the target 10-20 meters.

But the ammunition of the two towers with 155-millimeter advanced AGS (Advanced Gun System) artillery systems with almost no 600 shells in automatic combat and 920 shots in total. 730 million (millions, Karl !!!) dollars for ammunition - somehow a bit too much even for American sailors. But that's not all.

The design of the destroyer, by the way, is leaking all the time, has no reservation. For at least some kind of replacement, the designers came up with the idea that they placed along the sides of a vertical launch installation (CWP) for cruise and other missiles (they are installations, the Yankees are universal). The logic of suicide - even, they say, UVP protect the insides from enemy shells, rockets and shrapnel. The question of how the detonation of missiles in the OHR will help the protection of the destroyer is ignored as defeatist.

The fact that just the side of the destroyers suffer in everyday life, as proved by two criminal cases, currently considered by the tribunal against two captains of the second rank, ruined the side and ditched a half dozen sailors, everyone knows about it. What would happen if you were on these boards with a missile defense unit ... they preferred to keep silent about it.

But that's not all. Wanting to reduce the cost of the last, third in the series, destroyer Lyndon B. Johnson, the designers decided to abandon ... the general ship computing environment (VHF) and the vertical missile launch system Mk57. And this is already beyond any understanding. In the absence of railguns and main-caliber guns, the destroyers of the series are only carriers of eight dozen missiles with a high degree of VHF automation.

All this looks even more stupid against the background of the ongoing construction of Orly Burke class destroyers, continuing in the USA and even strengthened by the rejection of the Zamvolts who cannot replace them. Destroyers Orly Burke, in comparison with the realities of their failed "substitutes", go faster, much more protected by Kevlar and carry undoubtedly more powerful and diverse weapons. At the same time, the cost of the last pennants less than 1,2 billion dollars, including weapons on board, and the cost of the last in the series will be 1,7 billion dollars in 2019 prices of the year. The average price of almost 70 ships of this class is about a billion dollars with annual expenditures of 20-25 million. That is, the real Orly Burke is more powerful, faster, better protected and armed than the Zamvolt. At the same time, instead of one current Zamvolta, not brought to mind, you can easily build 5 destroyers from Orly Burke. FIVE!!!

But this is just one of many examples of how American taxpayers' money is spent on what, more precisely, all American politicians love to broadcast from the stands. Notice, no outraged articles in the free American press. No investigations. There are no official at least cases on incomplete professional solvency, on official mismatch. Nothing. Given that any economist and accountant, just a reasonable person sees that we face a vivid example of blatant corruption. Which is easier to prove easy.

In any revolutionary project, the weakest and most breakthrough element, the most risky link, is isolated first. In the case of Zamvolt, this was exactly the railgun and the new 155 projectiles — mm guns. It was enough to wait and not to lay down the new destroyers before the completion of the full test cycle on the coast, and the taxpayers' expenses could be reduced by saving billions of 20. Instead, deliberately allocated money and laid more than one - three ships. Which obviously now do not carry anything new, but they are more expensive than a nuclear submarine or as much as the newest British aircraft carrier.

By the way, also constantly leaking and breaking.

I wonder who has learned from whom to steal on defense orders?

Ctrl Enter
Noticed oshЫbku Highlight text and press. Ctrl + Enter
We are
Results of the week. "Who you are lucky, in fact, and will carry a cock, and such a bird as you, I, too, will rush!"Yuri Drozdov: Russia prepared the role of the sacrificial calf
116 comments
Information
Dear reader, to leave comments on the publication, you must to register.