January 23 2018
31
In recent years, the Russian Federation has been persistently expanding its political, economic and even military presence in the most diverse regions of the world, seeking to regain its past position in international politics. In this regard, the African continent represents a certain interest for our country. If we turn to the domestic storiesthen we will see that in the second half of the XIX century the Russian Empire began to show great interest in relations with Ethiopia - at that time the only serious independent state of the continent. Several Russian soldiers even served in the Ethiopian Negus army, making a great contribution to its modernization.


The Soviet Union, especially from the second half of the twentieth century to the end of the 1980-s, played an enormous role in the political life of the African continent. During the Cold War, Africa became the scene of a geopolitical confrontation between the USSR and the USA. Soviet civilian and military specialists worked in dozens of African states, there were Soviet military personnel. It is difficult to overestimate the importance of Soviet assistance for African countries. But with the help came the influence of the USSR. African states were divided into pro-Soviet and pro-Western, although many leaders of Tropical Africa preferred to maneuver between the two blocs, extracting certain benefits for themselves.

The collapse of the Soviet Union has affected the life of the African continent very badly. Some pro-Soviet regimes quickly ceased to exist, others turned out to be great pragmatists and successfully reoriented to cooperate with the former metropolises, the United States, and then with China. Many countries have stopped receiving assistance, in the 1990s - early 2000s. Post-Soviet Russia is almost gone from Africa. True, some ties remained - in the arms trade, and from civilian industries - mainly in the educational space. Russian universities continued to train specialists for a number of African states, they worked in Africa and Russian specialists, albeit in much smaller numbers than in Soviet times.

As for the economic turnover, in 1990-ies the role of the countries of North Africa - Egypt, Algeria and Morocco, which began to lead in terms of trade with the Russian Federation, especially increased. Numerous streams of Russian tourists rushed to Egypt, and then to Morocco and Tunisia. With Tropical Africa, economic relations in the 1990s were less active, but as early as the 2000s, the situation began to change. First, of course, Tropical Africa recalled Russian business. First of all, we are talking about mining companies that were attracted by the rich natural resources of the African continent.

Initially, the interest of mining companies was caused by two countries - Angola and Guinea. In Angola, Russian companies mined diamonds, in Guinea - bauxite. In Guinea, settled a large concert "Rusal", which bought the brigite-alumina complex "Frigia". Then in Africa began to appear and companies operating in other directions. Currently, Russia continues to lead in arms shipments to sub-Saharan Africa. The main part of the Russian weaponssupplied to African countries - small arms and missile and artillery weapons. In addition, Russian military vehicles are shipped to African countries.

The revitalization of Russia in world politics in the 2010-s has led many African countries to once again become oriented toward more intensive cooperation with Moscow. Moreover, some countries of the continent have very tense relations with the West and Russia seems to them a desirable military-political partner. In November, Omar al-Bashir, the permanent President of Sudan since 2017, made an official visit to Moscow on November 1989. Omar al-Bashir’s relations with the United States did not exist at the dawn of his presidency. In the West, they were unhappy with the authoritarian policies of the Sudanese president and the ongoing Islamization of the country. In turn, al-Bashir can hardly forgive the United States and Western Europe for direct support of the national liberation movement in South Sudan, which ultimately, with American support, was able to achieve the breakup of Sudan into two states and the creation of an independent South Sudan with a Negroid Christian and animistic population. Washington includes al-Bashir among the "ten worst dictators," but it has not yet succeeded in dumping him following the example of Gaddafi. 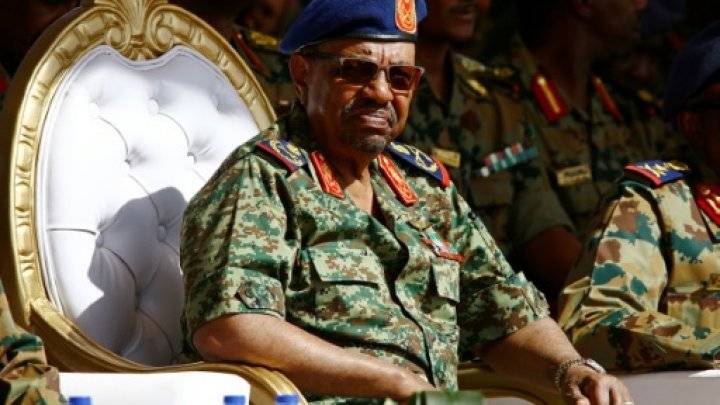 Just the other day, Omar al-Bashir discussed issues of military-political cooperation with Recep Erdogan. The Turkish President is also pursuing a fairly independent policy and is trying to maximize his influence on the Islamic world. In turn, al-Bashir called Turkey just the last bastion of the Islamic caliphate. This is also not surprising, since al-Bashir and Erdogan demonstrate their commitment to traditional Islamic values. Both Russia and Turkey can be viewed by Sudan as promising partners in terms of confrontation both with neighboring countries and with the West, which is expanding its military presence in the Red Sea region. On the other hand, the policy of Sudan is very interesting. For example, Omar al-Bashir recently less inclined to cooperate with Iran. He is expanding contacts with Saudi Arabia, and Sudanese troops even take part in the hostilities of the Arab coalition in Yemen against the Hussites supported by Iran.

Of course, for Russia, cooperation with Sudan may be of certain political and military interest. To begin with, Sudan is a huge Muslim country. 39,5 million people live in Sudan. Due to its large population and geographical location, in the Islamic world, Sudan plays an important role. Moscow, the position of Omar al-Bashir, strictly adhering to the principle of non-interference in the internal affairs of other states, cannot but be liked. Moreover, even 27 March 2014, the Sudan voted at a meeting of the UN General Assembly against the non-recognition of the referendum in the Crimea. Thus, Sudan actually supported the annexation of the Crimea to Russia. This is a very friendly step, which Moscow will not forget.

In Soviet times, a number of Soviet naval bases existed in the Red Sea. So, in 1964-1977. Soviet naval base existed in the port of Berbera in Somalia. In addition to ships, it was planned to place anti-submarine and reconnaissance Aviation, for which an excellent runway was equipped. But then in neighboring Ethiopia, a people's democratic revolution took place and the pro-Soviet regime of Mengistu Haile Mariam came to power, demonstrating a greater commitment to Marxist-Leninist ideology than the Somali regime of Mohammed Siad Barre. Ethiopia was considered a more suitable ally in Moscow, and when war broke out between Somalia and Ethiopia, the USSR and Cuba supported Ethiopia. The history of the Soviet naval base in Somalia ended with the conclusion of the Soviet fleet, and then the Americans took the base. 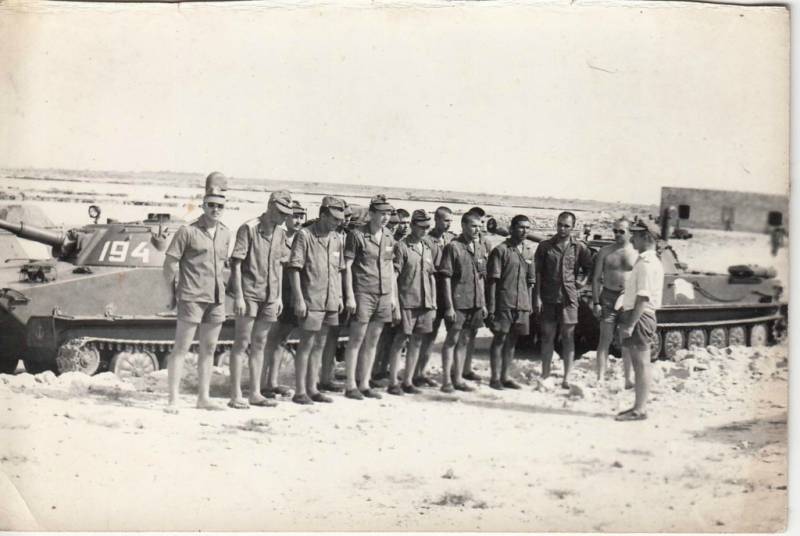 - Soviet marines on the Red Sea

However, the break in relations with Somalia did not mean the disappearance of the base on the Horn of Africa. In the same 1977 year, the base from Berbera moved to friendly Ethiopia - to Nokra, on the Dahlak archipelago, where it existed until the 1991 year. In Nokra, the Soviet base was located on the territory of the former Italian prison. A logistics center for the Navy of the USSR was placed here, and a Marine unit was on duty.

If the Russian naval base appears in Sudan, it will be only a glorious continuation of the country's traditions. Moreover, it really would not hurt to control the situation in the Red Sea of ​​Russia. If not only the Americans are based in Djibouti, but also the French, and even the Italians or the Spaniards, then the Russians themselves ordered to return to the Red / Sea coast. So far, Moscow has not responded unequivocally to the proposal of Omar al-Bashir, but it is possible that sooner or later Russia will reach an agreement with Sudan on the construction of a military base. By the way, during al-Bashir’s visit to Moscow in November 2017, Sudan managed to conclude a contract for the supply of the newest Su-24 fighters, moreover, it was concluded as part of a total deal worth 1 billion dollars. The participation of Russian military instructors in the training of units of the Sudanese army is also expected. A number of media outlets in recent days have announced the presence in Sudan of fighters of the notorious private military company Wagner. It is possible that they will train the Sudanese units.

Some experts believe that Russian military-political expansion into Central and East Africa will not stop in Sudan. The fact is that the buildup of military presence in other countries is currently of great interest to Russia. The African continent in this regard is an ideal space for the deployment of Russian military bases. In the meantime, Russia is actively developing economic contacts with African countries. For example, 35 Russian companies received licenses to work in Ethiopia, neighboring Sudan. It became known that Rosoboronexport, which has recently been increasing the pace of cooperation with Ethiopia, intends to organize in the country a center for the maintenance of military equipment and the training of military-technical specialists. Ethiopia is a long-time partner of Russia, relations with which go back to the pre-revolutionary period, and our country's more active role in Ethiopia would also not be superfluous in the current world situation.

It is not excluded that, following Sudan, the Russian military may appear in the Central African Republic (CAR). This is a completely exotic state for us, located in the very center of Equatorial Africa and even landlocked. But the position of the CARs is very interesting because it allows you to control the situation in the center of the African continent. But, it can be assumed that if a base in the CARs is established, it’s more likely to have demonstrative and representative goals to emphasize the United States, China, France, the UK and other countries — Russia also has a certain influence and can organize its military bases around the world. . 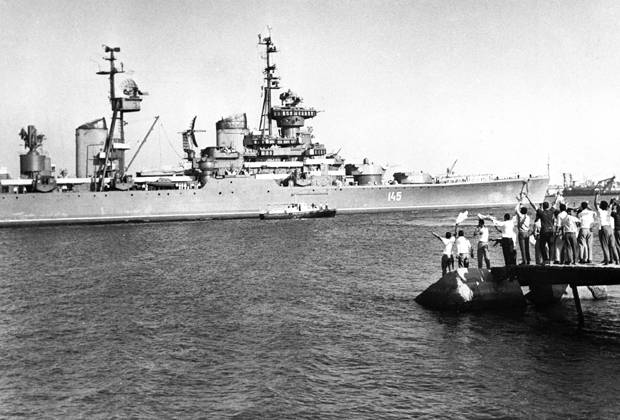 Currently, discussions are continuing on the prospects for restoring the air base in Egypt - in Sidi Barrani. Already in 2019, the base can begin its work, and Russia will deploy in Sidi Barrani not only airplanes, but also a small military contingent. In Soviet times, Sidi Barrani already had a military base, so if it is restored, it can also be considered as a return to the place of the former military glory. Since the Russian aviation base is already operating in Syria, in Hamim, its appearance in Egypt will further strengthen Russian capabilities in the region.

The difficult political situation in the Middle East and North Africa also requires that Russia be able to control the situation as actively as possible. The development of cooperation with the countries of the region in the fight against terrorism also requires a more serious military presence. Together with the Egyptian, Sudanese, and Ethiopian military, the Russian military will be able to accomplish tasks to maintain political stability. There is one more interest - it is known that in Africa there are bases of the United States, China, France and other states. In the interests of Russia - to monitor the actions of foreign military bases. In addition, military bases outside the country indicate the country's representation at the international level.

Of course, while in the expert community opinions about the bases are divided. Many well-known analysts doubt their necessity, returning to the eternal theme of money for Russian society. But if the same Spain finds the means to deploy its military abroad, then really Russia, a nuclear power occupying one-sixth of the land, cannot afford to place several naval and air bases in strategic points of the African contingent?