"School tragedies are a product of the social system that needs to be changed." 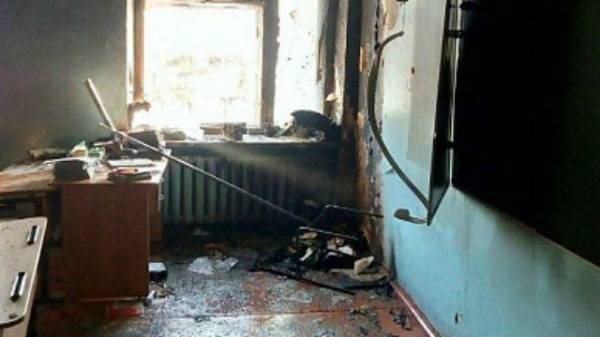 A whole series of school massacres took place in Russia - first an attack in Perm, then in the Chelyabinsk region, then in Buryatia a schoolboy attacked pupils with an ax and a bottle with an incendiary mixture.

In Perm, two masked minors broke into the school and pounced on the class with knives - all in the "tradition" of Western tragedies. 15 people were injured, including a teacher, three of the injured were hospitalized in a serious condition immediately to the operating table. Part of the children fled to a nearby mall. As a result, the attackers were arrested, one of them, as it turned out later, was registered by psychiatrists, which immediately became the reason for discussions in social networks and the media. Now adolescents are charged under the article "Attempt to kill two or more people."

Following this, in the Chelyabinsk region, one student of the school cut another. According to the results of the audit, a criminal case was initiated under the article "Intentional infliction of light bodily harm."

On Friday there was an attack in Ulan-Ude. According to various sources, two or three students staged chaos at school, armed with an ax and a "Molotov cocktail," which was thrown into the classroom. Five students and a teacher were injured.

It becomes obvious that the problem is not in the protection of educational institutions or difficulties in individual families. Social being determines consciousness, in order to overcome large-scale crises of education and family, it is necessary to change the system. Yury Krupnov, Chairman of the Supervisory Board of the Institute of Demography, Migration and Regional Development, said this on the eve of the eve:

- To answer the question, what is the cause of these incidents, one-word fails, because there is not one reason, but a full-scale crisis, a crisis of school education, first of all. We ruined the Soviet education system and humiliated the teachers very seriously, over the years 30 introduced only some meaningless pseudo-reform, largely written off from the Western manuals of the same World Bank. We have shown on television many times that the teacher means nothing, and the teacher has been humiliated in public terms, telling how they can be condemned, that they are all “old, stupid, inept” and so on. And what do we want?

The second point is a full-blown family crisis. We must understand that most families are either incomplete or in a second or third marriage, respectively, children are largely left to themselves, and the childhood infrastructure that was created in the Soviet Union, which was and is the best in the world, since everything worked on child, from free circles, it is also undermined. It is necessary to admire our teachers and our children - that in this situation we are abandoned and destroyed, in general, everything is still more or less held together.

The third full-blown crisis is socio-economic. The word "social" is not for beauty here, because, first, there was a wild differentiation of opportunities among children, which it was simply impossible to imagine 30 years ago. Of course, the vertically social lifts are absolutely closed (this is already commonplace) - children have no idea that good education and in general diligence in education, good discipline, eventually, lead to success in life. Success in life is determined by the status of social benefits and financial benefits, determined by luck, cunning, dexterity, arrogance, and not the ability to advance through his talent and work, education, knowledge. This is also an absolute crisis, since the issue of education and social adequacy is broken with socio-economic success. Of course, this also does not work.

This can be stopped only in one way - to start a discussion of a completely new social system and way of life in the country. Because 30 years showed that in all respects, even by the most clumsy economic indicators - the same GDP - we still did not catch up with the Soviet Union, although during this time the countries of the world have gone far ahead of their 30-year-old indicators. This system, which was created today and which our great thinker and philosopher Alexander Zinoviev called the "horned hare", will not work further.

The school needs to be made a nationwide single Russian school without stratification, raise the status of a teacher, and lay down new principles of the social system through the school. This is a key project - the school as a tool for the transformation and development of the country. But, frankly, it is not clear with whom to discuss it in the Government ... By and large, we are in a terrible situation, and it is terrible that our Government is inadequate to the real problems of the country.

Ctrl Enter
Noticed oshЫbku Highlight text and press. Ctrl + Enter
We are
What you didn't want to know about EnglandList of destroyed the largest and most high-tech enterprises
46 comments
Information
Dear reader, to leave comments on the publication, you must to register.