January 26 2018
213
The current election campaign is unique in its own way. For the first time, Russia is holding presidential elections in conditions of open confrontation with the West. Of course, there were differences between partners before, but such a “crusade” against our statehood was not noticed for a very long time. Everything went so far beyond the bounds of decency that it more likely resembles a clash of civilizations, and not a dispute between “economic entities”, as before. 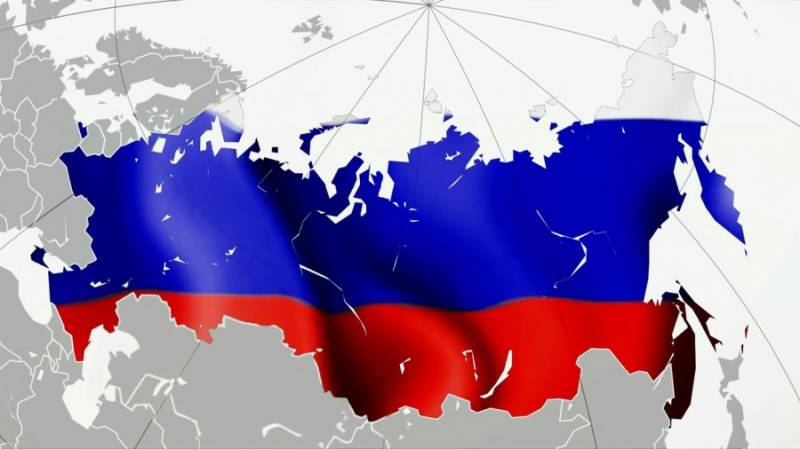 2018 year can be life-changing. The state system of Russia is facing challenges that it has not yet known. Perhaps the most serious of all the newest history. The nature and scale are such that half measures seem to fail. The country and its leadership face an alternative: either the mobilization of all domestic resources, or the surrender and loss of sovereignty. Awareness of this comes, albeit slowly, but inevitably.

The old architecture of relations between the authorities and the elites does not correspond to these challenges, as well as the position and the role of these elites in society.

The difference between the vision of the future among the people and its "best representatives" begins to frighten even bystanders.

The beginning of the election campaign coincided with an unpleasant information campaign for the Russian leadership, which began in the West and was connected with the preparation of the next “black lists”, where the “captains” of the Russian economy and billionaires close to the country's leadership would enter. At the same time, respected Western agencies, like Bloomberg, with appropriate time and subtlety and ease report on negotiations and consultations that have taken on a mass character between representatives of potential list figures and official representatives of US government agencies. In passing, it is emphasized that the presence in the list does not at all entail an automatic hitting under sanctions. A sort of subtle hint indicating the correct direction of movement.

Unfortunately, even without Bloomberg, it is clear that many defendants would gladly change the “flag and emblem” if they were not afraid to lose more inside the country than outside it, but this fear may turn out to be fleeting.

Not all, but many people who have made their fortunes in 90's and successfully, as it seems to them, have built their capital into the global economy, have tired of all these games in patriotism.

It is one thing when it leads to an increase in capitalization of assets, and it is quite another when it zeroes this capitalization. Being a sponsor of the “project Russia” is a thankless task, especially if it’s clear that the world hegemon decided to close this project.

This is with regard to the "captains" of the economy, but the "regional" elites, i.e. regional officials who hid honestly and beyond their strength in Western banks and are now painfully wondering what will happen next.

It turns out that the current elites can at best turn into ballast from the support of the current government and the state. At worst - maybe in Ukraine. True, there was no state at all as a factor.

Under such a sad accompaniment, the current election campaign unfolds.

The unexpected appearance of Grudinina may mark not only the emergence of a new face, but also a kind of demonstration, called upon to become a prologue for the formation of a new consensus.

If his support by voters is serious, it can be a signal for the start of a “change of generations” in the elites. And not in the age, but rather the ideological sense, i.e. mark the beginning of the process that will lead to the elite leaving the 90-x sample and everything associated with it.

Under the conditions of inevitable domestic mobilization, popular support can be one of the key factors. And here the predictable crushing failure of the cartoon "liberals" should also play an important role.

Putin’s indisputable and convincing victory, as a guarantor of the stability of the state apparatus and maintaining the policy of protecting the sovereignty of the country, with serious success of Grudinin, as a person at the same time personifying and nationally oriented business and socially oriented state policy, can become the key to the formation of a new anti-liberal force. Forces that can initiate and implement the “revolution from above” that is so necessary and expected by the people, which would allow both to avoid shocks and lead the country out of a protracted systemic crisis.

No matter how strange it may seem, but for all the outward dissimilarity, the presidential campaign in the USA in 2016 and ours in 2018 may find common features.

First of all, this is a conflict between the people and the elites, as well as fatigue from the same political figures serving the number for decades. If Putin is associated with the return of a strong and sovereign state and enjoys great support, then everyone else is associated with “2: 0 stagnation”. Yavlinsky, Zhirinovsky, Zyuganov and a number of other people have long become folklore characters from childhood, like Pugacheva or Petrosian. People do not want “koscheev immortals” and not Martian bureaucrats, but new successful individuals, intelligible and sane programs.

If we compare the programs of current candidates, then even in scale they look unequal. In fact, today there are incomparable things on the scales: on the one hand, the very existence of our state, on the other - various versions of cheap populism.

Hence the hype around the figure of Grudinin. For many, it’s like a breath of fresh air, despite its obvious flaws. It is likely that its appearance will favorably affect the turnout as a whole. Even those who would not have come under other circumstances could come to vote for him. It is hoped that much can depend on the “size” of the second result.

There are two months ahead of the election campaign, and they promise to be very interesting. Do not forget about the external factor. As they say, the partners are not asleep and the intended outcome of the elections does not suit them in advance, so unpleasant surprises still await us.

Ctrl Enter
Noticed oshЫbku Highlight text and press. Ctrl + Enter
We are
About Stalin and KhrushchevWhat you didn't want to know about England
213 comments
Information
Dear reader, to leave comments on the publication, you must to register.