Shoigu: Russia is ready to share its experience in dealing with drones with Myanmar

January 22 2018
7
The Russian military is ready to share with colleagues from Myanmar experience in dealing with long-range drones, which are used for terrorist attacks, militants in Syria, reports RIA News Statement by Defense Minister Sergei Shoigu. 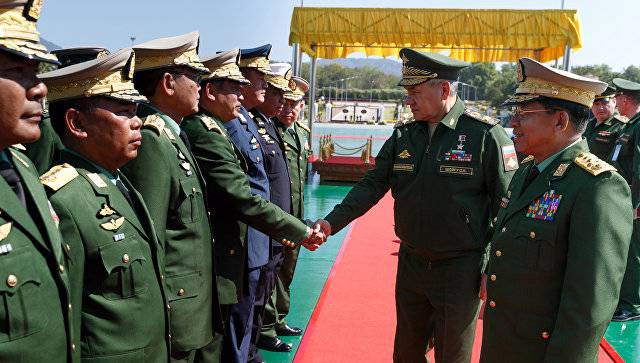 A new type of terrorist threat has appeared in Syria - unmanned aerial vehicles, whose range is more than 100 kilometers. We are ready to share our experience in dealing with these threats,
Shoigu said at a meeting with the commander-in-chief of the sun of Myanmar, Senior General Min Aung Hlein.

The minister pointed out that terrorist attacks with the help of UAVs can be carried out today not only in Syria.

These are very serious threats. And we are ready to share the experience that we already have in combating drones that terrorists have begun to use,
he said. 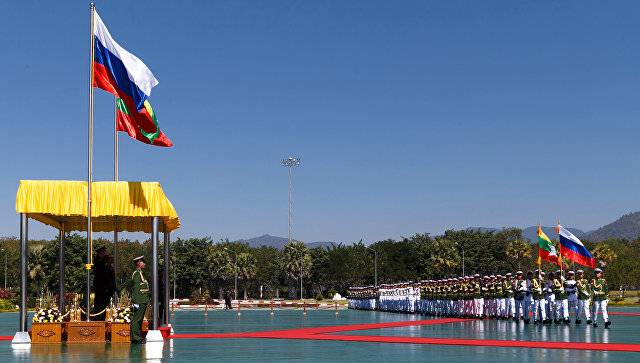 For Myanmar, the problem of countering terrorist threats is extremely relevant, Hline noted. He also informed Sergey Shoigu that the delegation from Myanmar "will participate in the next international security conference to be held in Moscow this year," as well as in several competitions of the Army International Games-2018.

Photos used:
RIA Novosti / Press Service of the Ministry of Defense of the Russian Federation

Ctrl Enter
Noticed oshЫbku Highlight text and press. Ctrl + Enter
We are
Myanmar Massacre. The USA continue bloody gamesChina decided to tighten military equipment to the border with Myanmar
7 comments
Information
Dear reader, to leave comments on the publication, you must to register.