January 22 2018
9
The Aerospatiale SA.1960В Alouette III light helicopters in the Air Force and Naval Forces of France from 316-ies will soon be decommissioned and waiting for Airbus Helicopters H160 helicopters to be replaced by Airbus Helicopters AS365 Dauphin helicopters leased from a private carrier, reported bmpd with reference to the La Tribune. 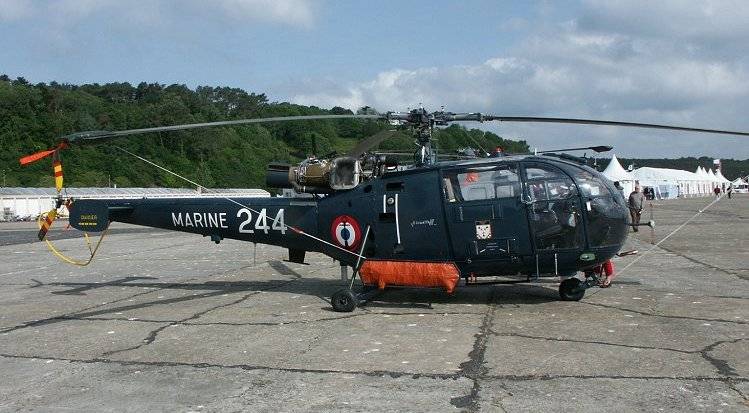 The French armed forces will receive their first H160 helicopters under the HIL program (Hélicoptères interarmées légers) no earlier than 2028.

According to Admiral Christophe Praziuc, “Fantomas performed by Jean Marais still flew the Alouette III, but they are still in service fleet».

A few months ago, he proposed to write off Alouette III more quickly, and to rent helicopters instead. According to him, “such an operation will be less expensive and less complicated, as oil and gas companies have parted ways with a large number of helicopters, and an excess supply has been formed on this market.”

Ctrl Enter
Noticed oshЫbku Highlight text and press. Ctrl + Enter
We are
France will buy light helicopters H-160
9 comments
Information
Dear reader, to leave comments on the publication, you must to register.