Bloody path to short glory. To say thank you?

January 22 2018
43
It is just disgusting at times to be a prophet in one’s own country. But alas, in less than a week, the Perm epidemic began a march across the country. 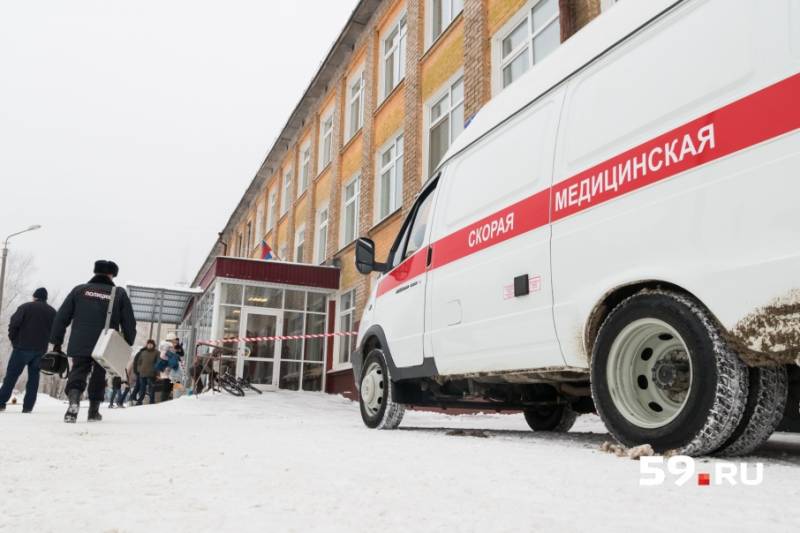 Thank God, not yet a pandemic. But - bye.

Why did I decide then that there would be repetitions?

Because the herd. And the laws of the herd are the same for everyone, from Kaliningrad to Kamchatka.

What does the flock need? The herd needs leaders, role models and likes.

Without likes, any individual is doomed to the role of a simple herd consumer. Two freaks, swinging knives, in the herd’s eyes look like if not the Messiahs, then the apostles.

I did not invent it, one of the readers, the blogger Zergulio, quoted envious sighs.

But after all, in fact, the imitators-admirers of juvenile scum are right.

A country that cultivates stupidity, betrayal and lack of culture is doomed to the appearance of such potential citizens.

They do not know how to think. They cannot, yes, they simply cannot think of something that will lift them above the rest. Their world is stupid and flawed, because it is grown on social networks and YouTube.

And in their entire short life they did not have worthy examples before their eyes.

And where do they come from? Say, omens of that great war? Which take place in schools for a week? Who slandered and spat dozens of honored people with state awards on their breasts?

By the way, television is also "at the box office." It is clear that young people do not read TV, but echoes penetrate the Internet.

And, sorry, who will they be shown on the screens by other honored people with state awards at the same places - like Ernst?

And they will show all the same damsel of easy virtue to Shurygin again. In the next, yes. On the first". And on TNT as a counselor on the arrangement of personal life.

The guy from Siberia, who was carrying children out of the fire, will they show?

Not. Never under any circumstances. Because the guy was risking, burnt his hands, but behaved like a man.

This is not a trend.

How not to trend the soldiers who honestly fulfilled their duty. No matter where. In Crimea, in Donetsk or near Ilovaisk. Or in Syria. "Ihtamnets" sit under the benches and are silent. It’s good that they are silent for money.

But on television or on the Internet they have nothing to do.

Yes, against this background, our authorities look almost holy.

But even a stupid individual of the herd of breed "Ye-ge" it is clear that the government does not shine. There everything is painted up to his death. No, of course there is, friend Lesha Navalny, which promises a lot. But there will be a rather bad performance.

And when it all happens ...

And I want to now. Want PR, fame, likes. And so that everyone understands the coolness and neatness of the individual.

But the brain is really not enough to understand that the crime will be punished.

And the fans are also not enough. Do not raise brains.

But - I want to. Minute, second glory. Confessions and understanding that you are not part of the herd, you are a person who is capable of action.

The whole problem is that the Persons who are capable of Acts have been raised and forged in the past. And in the already mentioned "bright Russian future" they should not be.

There is a place for shepherds and herds. Alas.

Not laid in the head. There is no need.

Therefore, it is possible to put metal detectors, to plant at the entrances, not aunts and pensioners in the form of a private security choke, but former paratroopers. What is enough parental wallets. That just does not help.

There are many options for how to get around this. I will not give, so that the wrestlers from supervision were not excited. Where necessary, they have already discussed how to bypass detectors if desired.

And it remains for us to look and guess how much more state of emergency should happen before it comes to the authorities that the matter is not in the detectors.

I think that will not come. Just because all of this is part of a successfully implemented plan to dupe the country's population.

We continue to observe?

Ctrl Enter
Noticed a mistake Highlight text and press. Ctrl + Enter
We are
Results of the week. "Who you are lucky, in fact, and will carry a cock, and such a bird as you, I, too, will rush!"Results of the week. "Well, do not change me because of every idiot!"
43 comments
Information
Dear reader, to leave comments on the publication, you must to register.