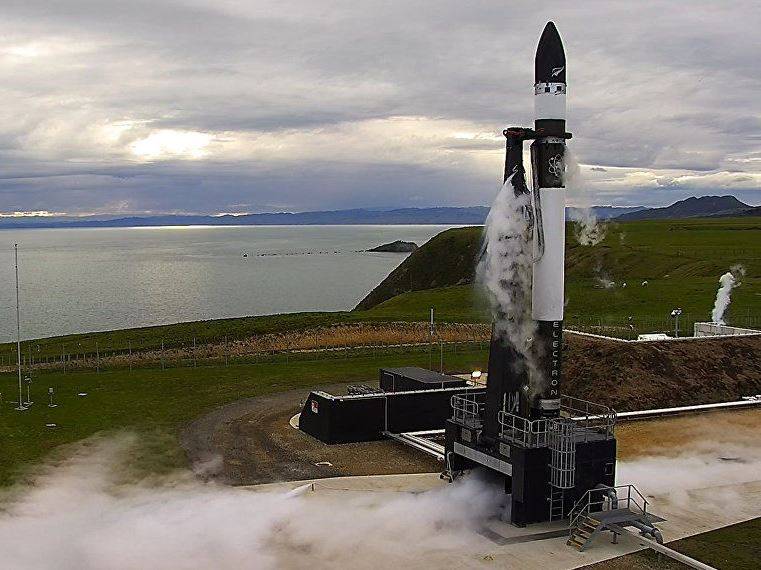 According to the press service of the company, 3 satellite for commercial customers were put into orbit.

It is reported that "the rocket was launched from the Mahiya Peninsula in the north-east of New Zealand at 14.43 local time on Sunday (5: 43 Moscow time)." After 8 minutes 31 a second after launch and separation of the first and second stages, the “Electron” “reached orbit and delivered commercial cargo”.

As explained in the company, one of the satellites is designed for the company Planet Lab, which takes pictures of Earth from space, the other two - for the company Spire, which is engaged in "collecting data from space to track the movement of ships and weather forecast."

In September, the 2016 Rocket Lab completed the construction of the world's first private spaceport in New Zealand. The company's management intends to use the launch pad for launching ultralight launch vehicles.

In May, 2017, the company carried out the first launch of the rocket "Electron", but then failed to put it into orbit. It was reported that the main purpose of the rocket is the delivery into orbit of small satellites and other small cargo. One of the features of the "Electron" is the engine, created by the technology of bulk printing.

Ctrl Enter
Noticed oshЫbku Highlight text and press. Ctrl + Enter
We are
Another satellite crashed without reaching the specified orbit
121 comment
Information
Dear reader, to leave comments on the publication, you must to register.