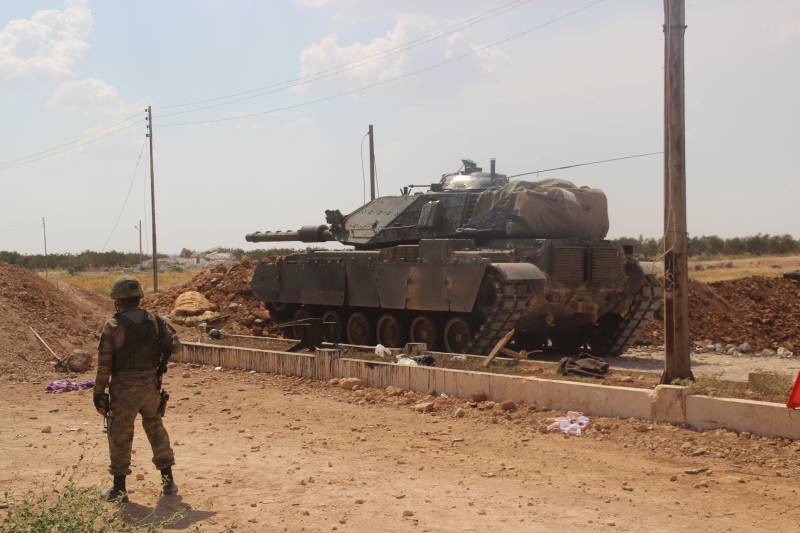 According to the TV channel, the Turkish military has not yet encountered serious resistance from the Kurds, whose troops depart from the border deep into Syrian territory.

On Saturday, the Turkish Armed Forces launched Operation Olive Branch against Kurdish forces. The operation began with airstrikes. The Turkish Defense Ministry stated that only “terrorist objects” were attacked.

Meanwhile, the council of the canton of Afrin reported 13-ti injured civilians, including two children. Kurdish troops, in turn, declared their readiness to defend themselves.

Official Damascus condemned the actions of Turkey, calling them an encroachment on the sovereignty of Syria.

Moscow blamed the crisis on Washington. The Defense Ministry noted that provocative actions by the United States, "aimed at separating areas with predominantly Kurdish population," led to the crisis.