The DNR reported 11 shelling per day, in the Ukrainian headquarters - about six

January 21 2018
22
Ukrainian military for the day 11 once violated the cessation regime in the Donbass, reports RIA News message of the operational command of the DPR. 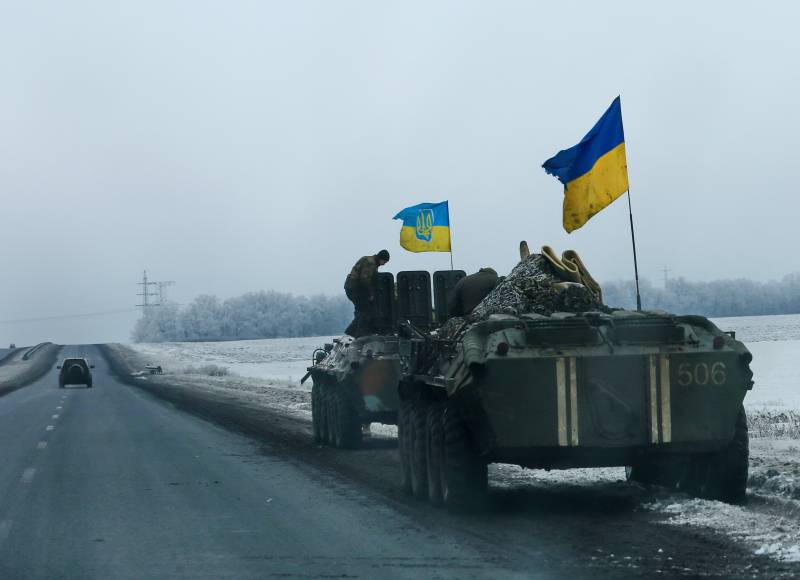 Over the past day, the Ukrainian Armed Forces 11 once violated the cease-fire. Shots from the side of the Armed Forces of Ukraine were subjected to areas of seven settlements. The enemy used artillery caliber 122 millimeters, mortars, weapons of infantry fighting vehicles, grenade launchers and small weapon,
A spokesman for the command told reporters. No injuries reported.

In the Ukrainian headquarters of the ATO today announced six cases of ceasefire by the militia and five wounded.

“In general, over the past 24 hours, the enemy violated silence six times. As a result of enemy attacks, one soldier of the ATO forces was wounded, four more were injured. The condition of all warriors is assessed by medical doctors as satisfactory, they need medical assistance, ”the headquarters release said.

According to the Ukrainian Armed Forces, their positions near Lugansky were fired from grenade launchers;

In turn, the representative of the People’s Militia of the LNR announced that the Ukrainian security forces were observing the cease-fire regime.

Over the past day attacks from the APU is not fixed. The cease-fire was respected,
he said.

Recall that the contact group for the peaceful settlement of the conflict in the Donbass earlier in Minsk agreed on a ceasefire for the New Year and Christmas holidays from December 23. The parties constantly accuse each other of breaking the truce.