January 20 2018
168
The Russian command in Syria has taken measures to ensure the security of servicemen in Afrin, where Turkey is conducting an operation against the Kurds, the Defense Ministry said. 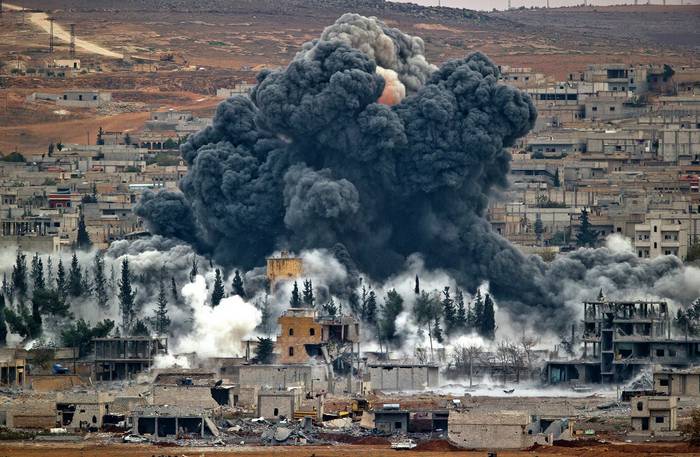 The military department stressed that the task force of the Reconciliation Center of the warring parties and the military police was redeployed from Afrin to the Tell-Ajar region.

For the prevention of possible provocations, the elimination of threats to the life and health of the Russian military, the operational group of the Reconciliation Center of the warring parties and the military police in the Afrin area has been redeployed to the Tell-Ajar area of ​​the Tell-Rifjat deconflict zone
- The press service of the Ministry of Defense of Russia.

The Reconciliation Center continues to continuously monitor the situation in the Tell-Rifat de-escalation zone in order to promptly assist the civilian population leaving the combat areas, the report says.

We remind you that the operation of the Turkish army "Olive Branch" began in 17.00 Moscow time. It is directed against the Syrian Kurdish Democratic Union Party, the Syrian Kurdish Self-Defense Forces (YPG), which Ankara considers associated with the banned Kurdistan Workers Party. The purpose of the operation is "clearing the region from terrorists and saving the fraternal people from terrorist oppression."

Ctrl Enter
Noticed oshЫbku Highlight text and press. Ctrl + Enter
We are
The situation in the south-east of Ukraine. Chronicle of events. 3 May
168 comments
Information
Dear reader, to leave comments on the publication, you must to register.