January 20 2018
44
Today in Crimea, 27 celebrates the anniversary of the referendum held against the background of the vicissitudes of the last months of the USSR. The referendum was held on January 20 1991 of the year, and, as stated by the head of the Republic of Crimea Sergey Aksyonov, the vote was the starting point for the return of the peninsula to Russia. Today, the holiday is called the Day of Crimea and is celebrated throughout the peninsula. 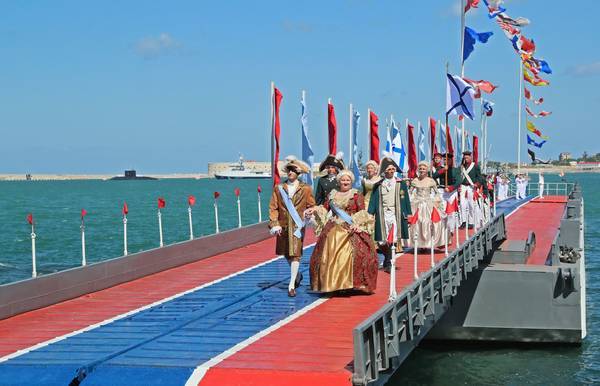 From Sergey Aksyonov's appeal to residents of the Crimea:

I congratulate you on the Day of the Republic of Crimea!

This holiday reminds us of the great and difficult path that we have traveled together. All история the re-created 27 years ago of the Crimean autonomy is the story of our return home to Russia.

In the early nineties, the Soviet Union experienced a severe social, political and socio-economic crisis. The foundations of the centuries-old friendship of nations were destroyed. Yesterday’s party functionaries and Komsomol members repainted and became violent nationalists and separatists.

Crimea responded to the destroyers of the country with peaceful and organized resistance. It culminated in the first referendum in the history of the Soviet Union, which was held on January 20 1991. He passed not by order from above, but by the initiative of citizens.

During the referendum, almost one and a half million Crimeans or more than 93 percent of those who voted supported the re-establishment of the Crimean autonomy as part of the renewed Union. In fact, it was a vote for Russia. It was precisely the striving for unity with the historical Homeland that was the main driving force of the referendum.

Unfortunately, the results of the free and democratic will of the Crimean people were ignored not only by Ukraine, but also by the then leadership of Russia. However, even the limited autonomous status of our republic allowed the Crimea for many years to resist forced Ukrainization, preserve inter-ethnic peace, fight attempts to revise history, strengthen our ties with Russia.

The status of autonomy helped prepare the ground for the Crimean Spring and ensure the legal integrity of reunification with Russia. The January referendum of 1991 can rightly be called a prologue to this historic event, to the revival of our republic and our great country.

The reunification of Crimea with Russia has become a symbol of the formation of a multipolar world, which is based on the power of law, not the right of the strong, freedom and justice for all peoples, not just for the elect.

Thank you for your dedicated work, for patriotism and support, for your patience and understanding!

Recall that in January 1991, the Crimean people were asked to answer the following question:
Are you in favor of recreating the Crimean Autonomous Soviet Socialist Republic as a subject of the USSR and a party to the Union Treaty?

With a turnout of more than 81%, the overwhelming majority of voters answered the question “Yes” (93,26%).

In fact, the Ukrainian politicians who rushed to power in the 1991 year of the Crimean people were deceived. People actually voted for autonomy as part of the Union State, and received a “counterfeit copy” in the form of autonomy within Ukraine, which (autonomy) was also nullified by the Kiev authorities.

Ctrl Enter
Noticed oshЫbku Highlight text and press. Ctrl + Enter
We are
The former head of the AHUPSU told the media about the reason why Sergei Aksyonov did not receive a diploma from a military university in Simferopol
44 comments
Information
Dear reader, to leave comments on the publication, you must to register.