January 20 2018
127
The US State Department authorized the possible supply of Belgium 34 multi-purpose fifth-generation fighter-bomber F-35 totaling $ 6,53 billion dollars, according to the Defense Cooperation and Security Agency, which is part of the Pentagon. 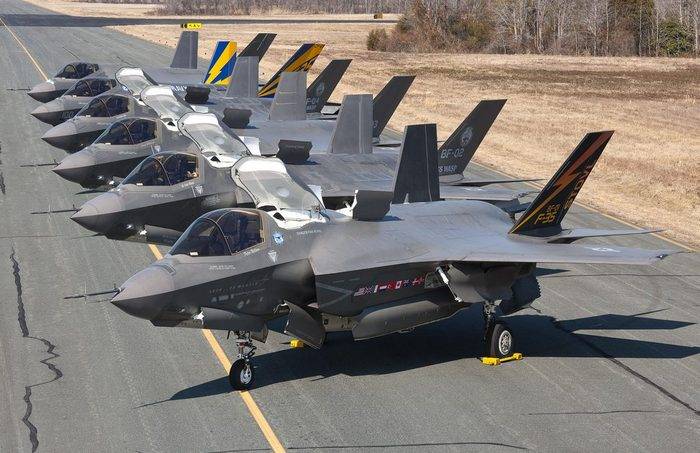 As the Pentagon notes, the deal of Belgium and the United States, if approved by Congress, will allow "strengthening the security of the ally country" and "deterring aggression in the region", as well as interacting more effectively with US forces.

Notification of a potential sale of equipment is required by law and does not mean that the transaction has already taken place.

Earlier, US President Donald Trump announced that the United States had made a deal to buy X-NUMX's F-52 for a total amount of 35 billion dollars with Norway.

Ctrl Enter
Noticed oshЫbku Highlight text and press. Ctrl + Enter
We are
Media: Putin vainly admired the T-50 fighter - he was shown the plane with the old stuffing
127 comments
Information
Dear reader, to leave comments on the publication, you must to register.