January 21 is celebrated the Day of Russian Engineering Troops


The Day of Engineering Troops was established on the basis of the order of the President of the Russian Federation Boris Nikolayevich Yeltsin of September 18, 1996. This memorable date was established taking into account the contribution to the development of the defense potential of Russia made by the engineering forces, as well as a tribute historical traditions. Military engineering and military architecture existed even in the time of Ancient Rus, but the engineering troops received systematic development only after the formation of a regular army during the reign of Peter I.

Already in the 1692 and 1694 years, under the leadership of Peter I, the first engineering training maneuvers, most likely, took place in the country, during which the construction of various defensive structures was worked out. It is known that at that time the emperor used the works of Marshal of France Vauban, the most famous engineer at that time, when developing engineering measures. Forming regular armed forces in Russia, Peter I tried to pay special attention to the development of artillery and engineering troops. The first legislative act, which dealt directly with military engineering, was Peter I's decree from 21 in January 1701 on the opening of the Pushkarsky Prikaz School. The school of the Pushkarsky Prikaz became the first artillery, engineering and naval school in our country, the historical forerunner of the entire modern system of engineering and technical education in Russia. And the day of January 21 is celebrated today as the Day of the engineering troops. 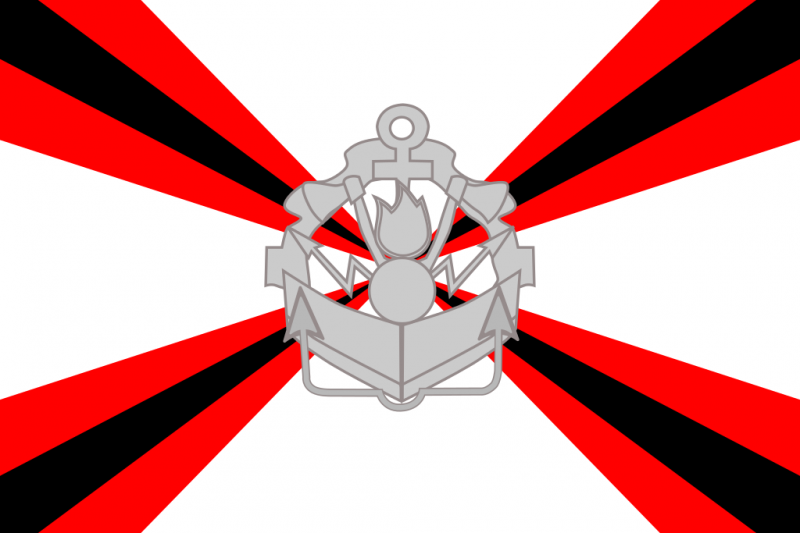 Flag of the Russian Engineering Troops (c 2005 of the year)
In 1712, Peter I ordered to separate the engineering school from the Pushkar school and expand it. In 1719, the St. Petersburg School of Engineering was formed by imperial decree, to which the Moscow School joined later 4. In the combined form, they began to prepare non-commissioned and senior officers for the engineering troops. In the future, engineering troops took part in all the significant wars waged by Russia. They stood guard over our country. Courage, courage and accumulated knowledge of military engineers to a large extent contributed to the successful conduct of hostilities in the Patriotic War 1812 of the year. Military engineers played a major role in the defense of Sevastopol (1854-1855) and in the years of the Russo-Japanese War (1904-1905), as well as two world wars.

Especially distinguished fighters and commanders of engineering troops during the Great Patriotic War 1941-1945. For feats committed on the battlefields, more than 100 thousands of engineering troops were presented to orders and medals, about 700 of them were awarded the high title of Hero of the Soviet Union, 294 military engineer became full holders of the Order of Glory. 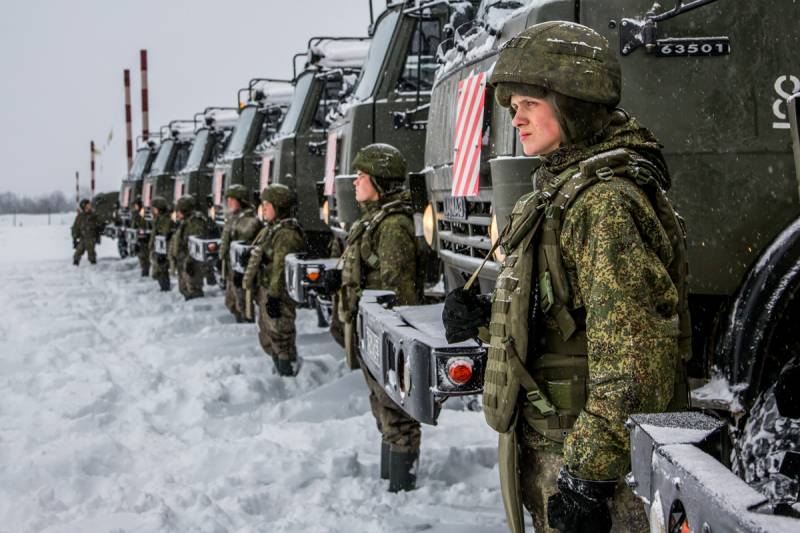 In the preparation and conduct of combined-arms operations (combat operations), the engineering troops are assigned to perform a number of basic tasks:
- conducting engineering reconnaissance of the area, objects and the enemy;
- erection of various fortifications (trenches, trenches and passageways, shelters, shelters, bunkers and other objects), construction of field facilities designed to house troops (economic, residential, medical);
- the creation of engineering obstacles, including the installation of minefields, equipment on the terrain of non-explosive obstacles (escarpes, counterscarps, anti-tank ditches, ridges, etc.), blasting operations;
- demining areas and objects;
- preparation and maintenance of the movement of their troops;
- arrangement and maintenance of crossings on various water barriers, including the construction of bridges;
- Extraction and purification of water in the field.

And this is not all the tasks that engineering troops have to solve today. They also take part in countering intelligence and guidance systems. weapons the enemy (camouflage), imitations on the ground clusters of troops and objects, in providing misinformation and demonstrative actions aimed at deceiving the enemy. In addition, engineering parts should be involved in the elimination of the consequences of the use of weapons of mass destruction by the enemy. 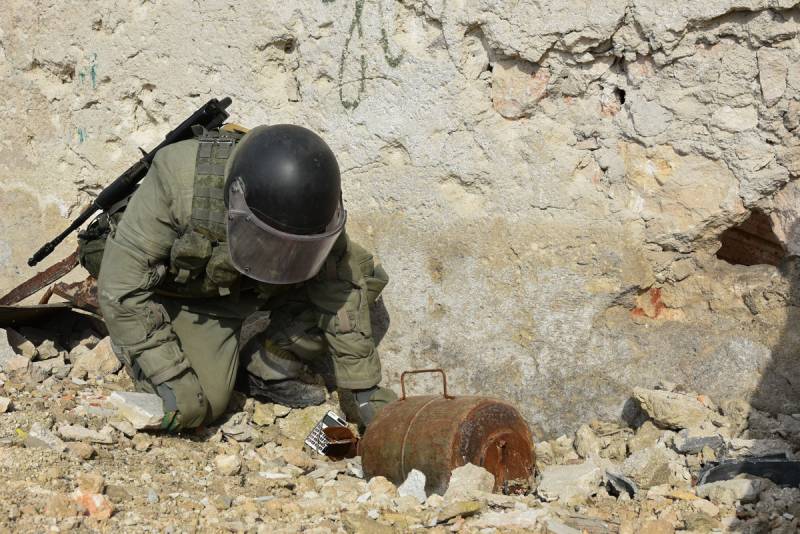 In peacetime, the Engineering Forces of the Armed Forces of the Russian Federation also perform a number of very important socially significant tasks. They are used to clean the area from all kinds of explosive objects, take part in the aftermath of natural disasters and man-made accidents and disasters, prevent the destruction of various hydraulic structures and bridges during ice drifts and solve many other equally important tasks.

Engineering troops, like all the armed forces of the Russian Federation, are not standing still, they are trying to meet the challenges of the time and are constantly evolving. By the end of 2018, “sapper” units of sappers will appear in the Russian army. They will be created in all regiments and teams of engineering troops of the Armed Forces of the Russian Federation. This was reported to journalists on Friday, January 19, by the head of the engineering troops, Lieutenant-General Yuri Stavitsky. In an interview with the newspaper "News»He noted that at present the engineering and assault, engineering and intelligence units and special mining units are being prepared for use. The Lieutenant General noted that according to calculations, by the end of 2018, there would be one “shock” unit in the brigades and regiments.

According to Stavitsky, with the advent of such units, "a radical review of the tactics of the use of troops will not happen, but the quality of engineering support will change, and the speed of performing such tasks will increase, which is very important in modern wars." According to the general, one of the most important qualities of engineering and assault units can be called their versatility - from specific engineering tasks, demining objects and terrain to direct fire suppression of enemy resistance in any even fortified firing point. 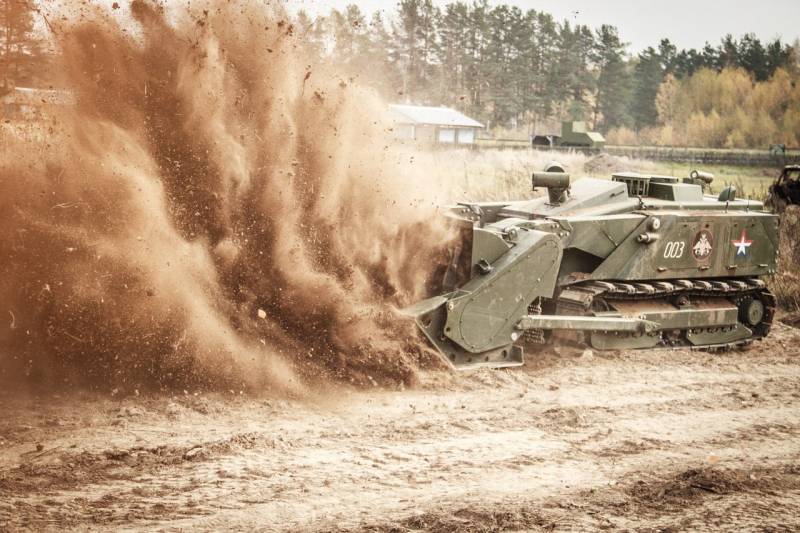 Robotic demining complex "Uran-6"
During the period from 2012 to 2017, the year in Russia was formed 19 connections of parts and organizations of engineering profile. In addition, four military units were reassigned to the head of the engineering troops of the RF Armed Forces, two federal budget institutions were established. The formation of army engineering and sapper regiments in the Russian army, which began in 2013, continues. To complete the process of their formation is planned for 2021 year. At the same time, the newly formed engineering-sapper regiment entered the 2-th combined army army of the Central Military District in 2017. The regiment was formed in Udmurtia in the village of Kizner, previously a military unit for the safe storage and disposal of chemical weapons was located here. At the end of September 2017, the chemical weapons destruction program was officially completed.

Also, the ranks of the Armed Forces of the Russian Federation were replenished by an engineering-camouflage regiment of central subordination formed in 2017, the main purpose of which is to increase the ability to hide and imitate important objects and areas. Two months after its creation, the new regiment already took part in special exercises of the engineering troops, which took place as part of the large exercises "West-2017", while receiving high marks for their actions.

It is impossible to imagine modern engineering troops without new technology, often robotized. According to Yury Stavitsky, in 2017, the 18 modern facilities were adopted and supplied to the engineering troops. In particular, the development of promising engineering weapons was organized: a multifunctional robotic demining complex for anti-tank mines, an induction mine detector, a condenser explosive device, group and individual sources of electric power and other means designed to increase the efficiency of performing special tasks. 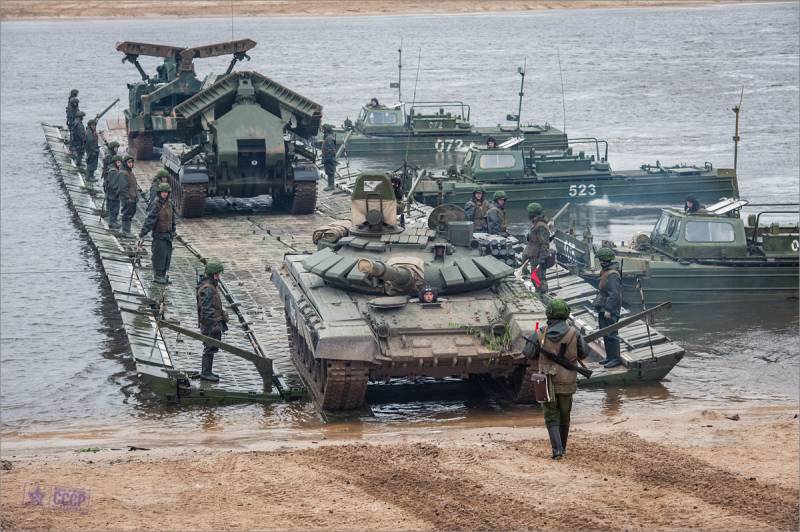 Already in the 2018, the engineering troops are planning to adopt the Uran-6 robot sapper, as well as the Sphere and Scarab guided complexes, which were tested in combat conditions during an operation in Syria. The experience gained in Syria was taken into account, it will be used in the future for training officers of engineering troops, the general noted. Engineering troops are being replenished with new combat vehicles, for example, with equipment for overcoming and destroying obstacles.

Ctrl Enter
Noticed oshЫbku Highlight text and press. Ctrl + Enter
We are
Day of the engineering troops of the Russian Armed ForcesThe number of deliveries of engineering equipment to the Strategic Missile Forces has increased by 3 times
9 comments
Information
Dear reader, to leave comments on the publication, you must to register.