State Department "brain rescues Russian oligarchs: they are the last hope of the United States

January 20 2018
35
Some Russian media and numerous Western politicians expect that US sanctions in February, aimed at forcing Russian oligarchs to overthrow the "Putin regime", will be a strong blow to Russian economic and political life. 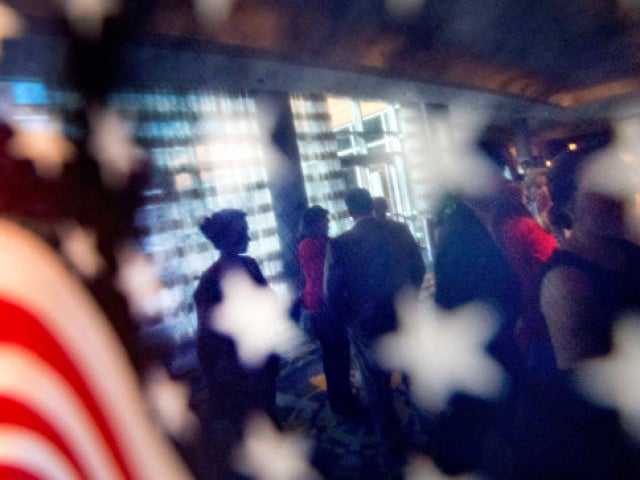 In my opinion, the situation should be assessed from the diametrically opposite position, since “anti-oligarchic measures” will most likely become the reason for intensifying the repatriation of private capital to Russia and in fact will ensure accelerated consolidation of the Russian elite. It is indicative that a similar position was voiced in the American media. William Courtney, a senior official at the legendary think tank of the RAND Corporation, desperately urges American politicians to think again and stop harming themselves through the imposition of sanctions aimed at the Russian business community. An old-school expert, one of those American analysts who played an important role in the US victory over the Soviet Union in the Cold War, clearly realizes that the actions of the American leadership harm American interests and the group that he calls "Russian civil society." RAND Corporation is an expert organization established to serve the analytical needs of the US Army, but its services were often sought after by other government agencies, including the CIA. A paradoxical situation is created: the analytical service of American spies publicly urges the country's leadership not to engage in sabotage, and the process reveals very interesting details of the expert view of Russian reality.

From an article published in The Hill’s specialized political publication, it can be concluded that RAND does not believe in the theory that oligarchs, frightened by sanctions, can bring about any political changes in Russia. Based on his work experience in Soviet and post-Soviet Russia, Mr. Courtney, who worked from 1972 to 1999 for a year at senior positions in the State Department and oversaw Russian and Ukrainian areas, patiently explains that 90 has long ended and that Russia no longer has Berezovsky, and there are no oligarchs with any significant political influence. The expert states that because of the actions of Vladimir Putin, all businessmen, regardless of the size of their fortune, are forced to "deal with the authorities", as well as "pay taxes and obtain licenses for the extraction of natural resources."

Moreover, from Courtney's point of view, Putin is engaged in forcing businesses to participate in important government programs or projects such as the Sochi Olympics. In general, they are drawing a picture in front of senators and congressmen in which the Russian state is engaged in systematic institutional violence against a business that was so influential in 90 that it could actually appoint a president (this is a separate mention in Courtney’s article). without any government consent, it can do nothing at all, and even has to finance "Putin's projects." In this paradigm, it turns out that the Russian business is a big collective victim of the Russian state, and the victim cannot be punished, and it is also immoral and by and large unpromising to force it to resist. According to the RAND Corporation, all "bad businessmen" have already been punished in 2014-2015, and this is logical, because from a American point of view, such a "crime" as the construction of a bridge to the Crimea cannot be left unpunished. But the rest of the Russian business should be cherished and cherished, rather than trying to whip it with sanctions.

Fortunately for us, William Courtney’s admonition is unlikely to be heeded by the US Treasury, it should make a list of Russian businessmen who will be subject to formal and informal sanctions by the States and which will block access to the dollar financial system.

The fact is that the current specificity of American political life makes it very difficult to make any meaningful decisions, and almost any strategic considerations are boldly brushed aside if they interfere with good public relations, which can be vividly reported on social networks and which will look good in the internal "news cycle" ". It is very difficult to believe that someone in the Trump administration or in the company of Steve Mnachin, the head of the US Treasury, really believes that sanctions against Russian business will lead to some positive changes in Russian political life for the United States. But it is precisely these kinds of sanctions that Congress and the Senate require from them, and in order to fight back the regular accusations of "playing for the Kremlin," the Trump administration will most likely go to the drafting of restrictive measures on the principle "the longer the list, the better." If, for the sake of good PR and the ability to tweet something like “a brilliant president introduced brilliant sanctions against bad Putin businessmen,” it will be necessary to rob including apolitical or even pro-Western Russian businessmen, then it will be done without the slightest regret in strict accordance with the well-known anecdote about the sheriff and the problems of the Indians.

In a sense, the damage from the not yet introduced sanctions against the apolitical (and in some places even the “liberal”) segment of the Russian business community has already been done, only American interests have suffered, not Russian interests. The very fact that significant amounts and assets can be frozen or expropriated for the sake of a cheap political show already discredits the US financial system in the eyes of not only Russian business, but also from the point of view of the elites of all countries that may be under American restrictions, but practice shows that no one is insured against American sanctions at all.

No matter what the outcome история with the "oligarch-sanctions", can not but rejoice the fact that the US political system has finally switched to show business and demonstrates total deafness and immunity to the boring expert calculations, even if they are behind the knowledge of those who could destroy the USSR. Experience and cold mind are not honored. The media are seriously discussing the possible nomination of TV host Oprah Winfrey as Trump's opponent in the next presidential election in 2020. America is tired of boring professional politicians, and the era of social networks requires new heroes and opinion leaders.

The logic of the show is incompatible with the logic of big politics. A solution that brings many likes and enthusiastic comments in social networks, and also looks good on TV screens, often turns out to be a terrible mistake in the long term, which is well illustrated by the example of how the Trump administration itself breaks the last tool of American influence on Russian society and economy . If this continues on, then the showmen from politics themselves will perform a significant part of the work of dismantling American hegemony, which cannot but please the whole free world. So let the show go on. The 2018 season of the year promises to be very interesting.

Ctrl Enter
Noticed oshЫbku Highlight text and press. Ctrl + Enter
We are
A great interview with Sergey Lavrov: about Ukraine, Obama and IranWhat you didn't want to know about England
35 comments
Information
Dear reader, to leave comments on the publication, you must to register.