Syrian tanks with "electronic protection" from TOW are fighting in Aleppo

January 19 2018
18
Tanks anti-missile systems of optical-electronic counteraction (CEP) "Sarab" ("Mirage") are thrown into battle in the southern province of Aleppo, this is evidenced by the materials appeared on the Web, reports Messenger of Mordovia. 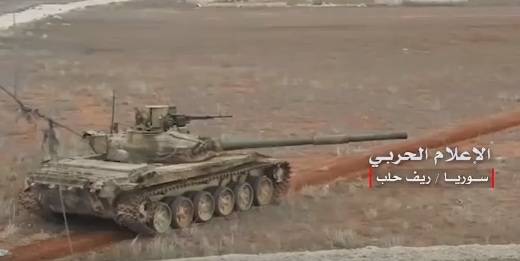 Judging by the photos, the Mirage is equipped with both T-72 and older T-55 tanks.

“Developed by Syrian military engineers COEP" Sarab "at the time of its appearance became a real sensation. Many experts simply did not believe that it was possible to create such a complex device in a country destroyed by a war of many years, ”writes the author Dmitry Lemeshko. 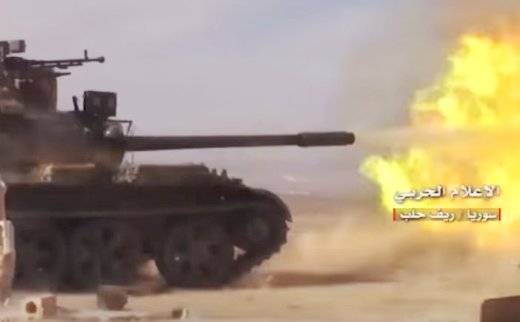 Tests have demonstrated that the Syrian Mirages are capable of neutralizing even modern American anti-tank TOW missiles of various modifications.

As a result, they began to be massively installed on the T-55, T-62, T-72, BMP-1, ZSU Shilka tanks, as well as gantraks. A total of three versions of this device were created.

True, in 2017, images of armored vehicles with Mirage began to appear less frequently on the Internet. Experts suggested that the T-90 and T-62М tanks took the brunt of the battles. In addition, it is possible that part of the COEP was written off due to the rapid wear of the electronic filling. According to some information, the elemental base available in the civilian market and, consequently, poorly adapted to the harsh conditions of war, was used in its creation.

Be that as it may, but today equipped with a "Sarab" car again thrown into battle against terrorists who do not want to leave the territory under their control.

Ctrl Enter
Noticed a mistake Highlight text and press. Ctrl + Enter
We are
“Sarab-3” is being tested in SyriaThe National Interest: TOW vs. Armata complex
18 comments
Information
Dear reader, to leave comments on the publication, you must to register.