German media reported on the new "hellish weapons" of Russia

January 19 2018
63
A modification of one of the strongest weapons, the heavy flamethrowing system TOC-1, will soon appear in Russia, writes the German magazine Stern. 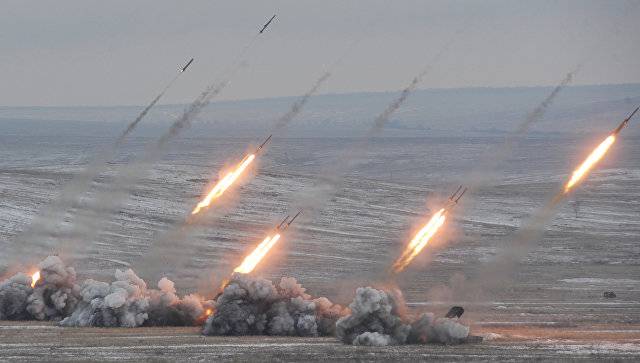 “In Russia they are creating a TOS-2 modification, which will be mounted on the Armata platform, and the installation of the system on a wheeled tank to increase mobility, presumably on the Boomerang unified combat platform, with the first prototype already in production, ”the article cites RIA News.

According to the magazine, the flamethrower has no analogues abroad, with the exception of Syria and Iraq, where the TOC-1 system is used by government troops.

“The characteristics of the flamethrower are that the multiple launch rocket system includes 30 pipes, from which they launch thermobaric warheads, which, if they hit the same target, produce the effect of an aerosol bomb with an enormous blast wave, and after the first wave vacuum, ”the newspaper writes.

The article notes that the effect of the "aerosol bomb" cannot be saved "even in underground fortifications: bunkers and bunkers." In addition, "hellish weapon»Can be used to clear a minefield.

According to the magazine, the new system will be delivered to the troops already in 2018-2025.

Ctrl Enter
Noticed oshЫbku Highlight text and press. Ctrl + Enter
We are
Project News "Boomerang"
63 comments
Information
Dear reader, to leave comments on the publication, you must to register.