January 22 2018
21
Because of the “Russian threat,” the Trump administration plans to create new nuclear weapons, and to modernize the old ones. Politicians in Washington insist that the new nuclear measures will help contain the “threats” faced by the “European allies”. Trump's opponents claim that the result of the new plan will not hold back Russia, but lead to a nuclear war. 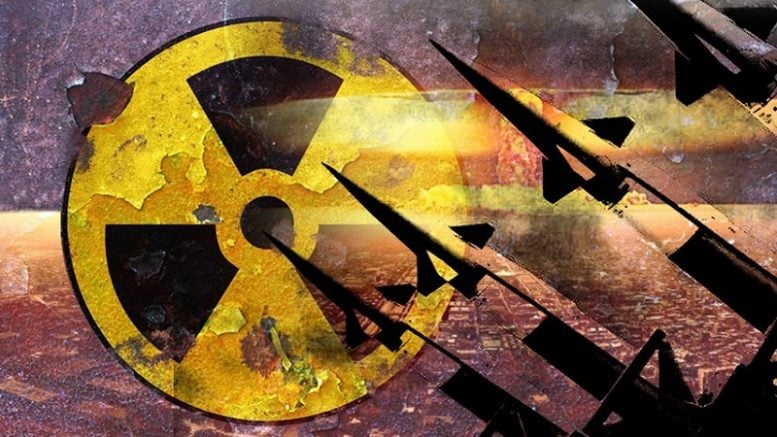 Given the so-called Russian threat, the Donald Trump administration seeks to develop its new nuclear weapons. The new “nuclear firepower”, according to the strategists, will make it easier for European allies to “contain threats”.

This plan has not yet been approved by President Donald Trump. However, its essence is already known: it is intended to make a nuclear conflict "less likely." Critics of the same plan argue that everything will happen with the exact opposite.

Trump's proposal is set out in a political document officially titled Nuclear Posture review. The basis of this “review” is the “more aggressive nuclear stance” of the USA, the journalist notes.

This is the first review of this kind since 2010. It discusses security strategies adopted since Trump took office. In many respects, the document confirms Trump's predecessor, President Barack Obama’s nuclear policy, including the commitment to replace all key elements of the nuclear arsenal with new, more advanced weapons over the next two decades.

The text states that the United States will adhere to existing arms control agreements, but doubts are immediately expressed about the prospects for any new such agreements.

It is expected that the new nuclear doctrine of Mr. Trump will be published in early February 2018 year. Then the relevant policies relating to the development of the principles of "protecting the US against ballistic missiles" will be implemented.

In some places, Trump's doctrine disagrees with Obama's approach. The discrepancies, it is noted in the material, consist in Trump’s refusal to reduce the role of nuclear weapons in the US defense policy.

At the same time, like Obama, Mr. Trump is ready to consider the use of nuclear weapons only in “extreme situations”. However, the document retains “some ambiguity” with regard to what is meant by this. After all, Trump sees the “deterrent role” of this weapon is much more solid, and this is “reflected in the plan for developing new possibilities for countering Russia in Europe,” the correspondent further points out.

The material of the journalist is not built on scraps of the text of the document, but on its full copy. The publication says that the Associated Press has a copy of the document. The Pentagon said that the text is a "preliminary decision", because the document is to be finalized, and then it will be approved by D. Trump. Approval of such a document can not be a surprise, since Donald Trump ordered it a year ago.

The new approach to the nuclear doctrine clearly indicates “Russia” and “to some extent China” as states creating problems for the United States in the field of nuclear policy. Both countries require a “tougher approach.”

According to the Trump administration, Russian politics and Moscow’s actions are generally fraught with "the possibility of miscalculation," which, in turn, can lead to "an uncontrolled escalation of the conflict in Europe."

The compilers of the document refer to the Russian defense doctrine, which contains the principle of “escalating de-escalation”: Moscow will use low-powered nuclear weapons or will threaten to use them in the context of a limited traditional conflict in Europe, suggesting that this will force the United States and NATO to “withdraw”.

The Trump administration is offering opposition to Moscow in a two-stage strategic response.

1. Improve the "small number" of long-range ballistic missiles that are in service now. This refers to the missiles with which the strategic submarines Trident are equipped. These missiles must be equipped with smaller nuclear warheads.

2. In the relatively long term, the United States should develop a sea-based cruise nuclear missile with a nuclear warhead. In essence, we are talking about the restoration of weapons that existed during the Cold War. In 2011, the B. Obama administration refused such weapons.

These two steps are designed to put even more obstacles to the Russian “regional aggression,” the author continues. Russians should “think about it”: is it worth it to launch a limited nuclear strike?

The document also mentions the DPRK. The “interest” in the state and role of nuclear weapons in the United States has intensified also because North Korea is developing its own nuclear arsenal, which, Pyongyang claims, is aimed at the United States.

The Trump administration is viewing both the “North Korean threats” and the “provocative nuclear rhetoric of Russia” as evidence that the conditions created are no longer in line with the idea that the United States can rely less on nuclear weapons.

The “nuclear report” also mentions a new Russian weapon: a nuclear torpedo that can move under water, achieving targets at long distances.

Experts, however, suggest that the White House tends to exaggerate the Russian threat.

For example, Hans Christensen, an expert on nuclear weapons from the Federation of American Scientists, asks the question: Does the Trump administration not exaggerate the Russian threat and is Trump's decision to build up nuclear forces right? On the other hand, he fully supports the thesis that Moscow itself caused the fears of the West "by its aggression in Ukraine".

Bruce Blair, a former officer of the command post responsible for launching nuclear missiles, who is now advocating for the elimination of nuclear weapons, called the report "basically a status quo document", with the exception of a plan to develop new nuclear options for countering Russia.

According to him, the Trump plan could lead the United States to "fail in a nuclear war with Russia." “The fundamental motivation of the Pentagon,” said Blair, “is the fear of Russia's willingness to hit the civilian infrastructure of the United States and Western Europe (financial, energy, transportation, and communication) with cyber and traditional forces.” In recent years, Moscow has developed a doctrine implying the use of vulnerabilities in the vital Western infrastructure, for example, in communication networks, he said.

The authors of the Trump nuclear doctrine claim that adding new US nuclear capabilities to contain Russia in Europe will reduce, rather than increase, the risk of war. They are concerned that aircraft carrying nuclear weapons are currently the only nuclear forces in Europe that are opposed to Russia, but these aircraft "may be vulnerable to Russian air defense." Therefore, the emphasis is on the replenishment of the US nuclear weapons arsenals and their priority.

At the same time, the document states that the goal of the strategy is not to unleash a war. The goal is to make the nuclear conflict “less likely”: given the new nuclear forces of the other side, the “potential adversaries” will not see the benefits to transfer the traditional military conflict “to the nuclear level”.

In the Pentagon, we note in conclusion, they confirm the constant “observation” of Russia's nuclear behavior.

This was openly told to the press by the representative of the Committee of the Chiefs of Staff of the US Armed Forces, Lieutenant General Kenneth MacKenzie. According to him, the US military is watching the development of the Russian strategic deterrence forces.

"From a purely military point of view, we are trying to think globally," TASS his speech at the briefing. “Of course, Russia and the development of its strategic forces is what we continue to monitor, but at the same time we pay attention to more pressing threats.” “I would say that we are closely watching this,” added Mackenzie, returning to the Russian theme.

In addition to his words, Pentagon spokeswoman Dana White assured that the United States would help its NATO allies "to contain any aggression."

Mr. Trump, obviously, gave a little back and began to pay much more attention to the care of "European allies." This is not surprising: the arms race, which Trump unleashed according to the script of his idol Reagan, must be paid in part by these same "allies." Russia will continue to be portrayed as a “potential adversary” for Europe.

Observed and commented on Oleg Chuvakin
- especially for topwar.ru
Ctrl Enter
Noticed a mistake Highlight text and press. Ctrl + Enter
We are
Overseas ally? Donald Trump - US Presidential CandidateSituational analysis of the death of the MH17 flight (Malaysian Boeing 777), made on the basis of engineering analysis from 15.08.2014
21 comment
Information
Dear reader, to leave comments on the publication, you must to register.