January 19 2018
8
Canadian Navy Frigate John's replaced on duty in the Mediterranean frigate Charlottetown, which for the last six months was there as part of a NATO compound, reports TASS message of the Canadian military department. 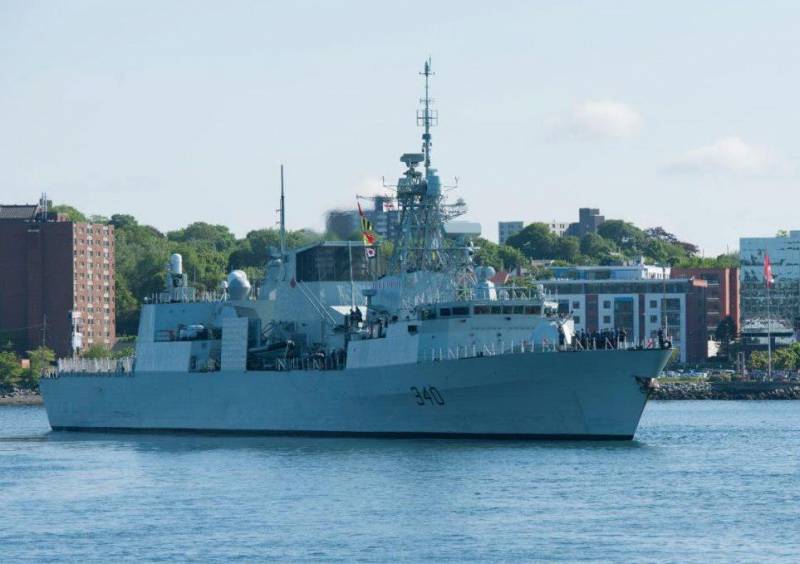 HMCS Charlottetown has been part of a group of NATO ships since August 2017, and during that time has been in the Black Sea, the North Atlantic, and the Mediterranean,
says release.

Reportedly, in September 2017, the ship also "participated in international exercises in the Baltic Sea." During combat duty, Charlottetown called at the 11 ports of seven states (which are not specified).

The number of personnel of the Canadian frigate - about 250 people. Helicopters CH-124 Sea King are based on ships of this class.

The Canadian Defense Ministry began to actively direct its military to Europe after the start of the Ukrainian crisis in 2014. In particular, the Canadian CF-18 fighter jets were deployed at several NATO bases in Eastern Europe, military instructors from Canada are currently engaged in training Ukrainian soldiers, and in Latvia there is a NATO battalion under the control of Canadian officers.

Ctrl Enter
Noticed oshЫbku Highlight text and press. Ctrl + Enter
We are
Canada plans to build an arms factory in Ukraine
8 comments
Information
Dear reader, to leave comments on the publication, you must to register.