Kosovo: six bullets and a sea of ​​hypocrisy

January 19 2018
15
It would seem that what else does the “world community” need from the Serbs? Mocked these people fairly, humiliated to the maximum, on the rebellious - there was a government. Great Yugoslavia (Yugoslavia) and then the new Yugoslavia (Yugoslavia) were torn to pieces. President Slobodan Milosevic tortured to death in prison dungeons. Many military and politicians will remain behind bars for a long time. Historical part of Serbia - Kosovo and Metohija - has been torn away from Serbia. And the Serbs there - in the position of pariahs. The current president of Serbia, Alexander Vučić, is forced to ask Albanian terrorists and murderers to visit the original Serbian land.


But no, they constantly demand something else from this nation. Act well tested method of "carrots and sticks." “Knut” is the bombing, this is the “color revolution”, this is the Hague Tribunal, which was recently closed, but managed to do its dirty deed. A "carrot" - a promise to include a "friendly European family." Just give out the resistance leaders. You just agree on the autonomy of Kosovo ... No, no, autonomy is not enough - you need full recognition of independence ... What will be demanded next? Are the offices of Vojvodina? Voting for sanctions against Russia?

The condemned people must either be destroyed or humiliated to the end ... And if someone gets in the way of such plans, then they must be physically eliminated ...

16 January, Serbian politician Oliver Ivanovich was killed in the city of Kosovska Mitrovica. Six bullets were fired at him when he was near the office of his organization - “Freedom, democracy, truth”. 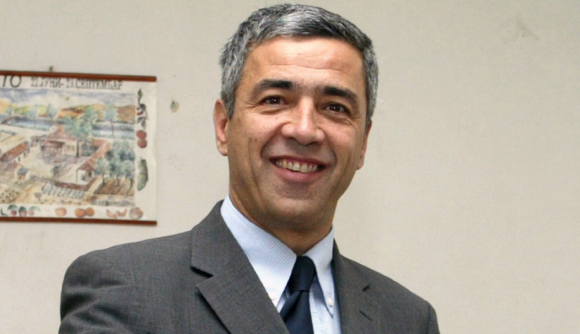 Oliver Ivanovich was not some kind of radical. His “fault” was that he stayed in Kosovo and Metohija after the army of the Federal Republic of Yugoslavia came out. And not just stayed, but also organized the “Serbian National Chamber”. This organization tried to hinder the mass slaughter of the Serbs, but to no avail. Is that able to save individuals (which is already a lot). Under the “democratic” government of Serbia, in 2008, Ivanovich became secretary in the Ministry of Kosovo and Metohija. By the way, the more radical Serbian patriots accused him almost of treason for calling Serbs in the north of Kosovo to participate in illegal “elections”, which were appointed by the Albanian terrorists who had won the province. Winners, you need to remind, with the help of NATO bombers.

In general, Ivanovich was a moderate politician. Despite this, he still interfered with the Kosovo pseudo-authorities and was subjected to persecution. In 2014, an absurd criminal case was brought against him on charges of "war crimes". That he 14 April 1999 of the year participated in the killing of Albanians in the southern part of the city of Kosovska Mitrovica. Ivanovich and his associates, who also went through this case, declared their innocence.

After serving more than a year behind bars on trumped-up charges, Ivanovich went on a hunger strike. He was transferred to house arrest. In 2016, he was sentenced to nine years in prison, but the appellate court released him, referring the case. In the summer of 2017, Ivanovich’s car was burned. And now he got six gangster bullets.

It is characteristic that this murder occurred on the day when the next round of talks between Belgrade and the so-called leadership of the territorial entity of Kosovo was to take place in Brussels. After the murder of Ivanovich, the Serbian delegation suspended its participation in the negotiations. (How long? A sweet “carrot” in the form of the EU continues to loom in front of the Serbian leadership).

But the reaction of NATO Secretary General Jens Stoltenberg about this massacre: “The murder of Oliver Ivanovich is an example that the situation in Kosovo is far from the one we would like to see. Therefore, NATO condemns the murder of Mr. Ivanovich. We believe that those responsible should be punished, and both parties should show restraint and calm. ”

What is it? Is called, NATO came to its senses? Hundreds of thousands of Serbs were forced to flee Kosovo and Metohija after the bombing of Yugoslavia. Thousands of Serbs who refused to leave their homeland were savagely murdered by Albanian terrorists with the full connivance of NATO. And suddenly - the murder of a Serb, finally, is condemned!

Or does the general secretary of the North Atlantic Alliance express their indignation at the interrupted talks between Serbia and the region cut off from it, where thugs Hashim Thaci and Ramush Haradinai are in charge today?

Tachi also condemned the murder of Ivanovich in words. But, he said, Serbian special services will not be allowed to investigate this crime. That is, all the same criminals will be investigated, on whose hands - the blood of thousands of Serbs ...

Oliver Ivanovich was buried in Belgrade. Farewell to him turned into a popular demonstration. In memory of the slain lighted many candles. That's just in the West, as always - a sea of ​​hypocrisy. False condemnation of criminal violence - and at the same time continued pressure on Serbia to finally abandon its land - Kosovo and Metohija.

Ctrl Enter
Noticed oshЫbku Highlight text and press. Ctrl + Enter
We are
Farewell to the Hague judgment!Moscow and Minsk will multiply the former strength of the air defense of fraternal Serbia: C-300, "Baikals" and "MiGs" for Belgrade
15 comments
Information
Dear reader, to leave comments on the publication, you must to register.