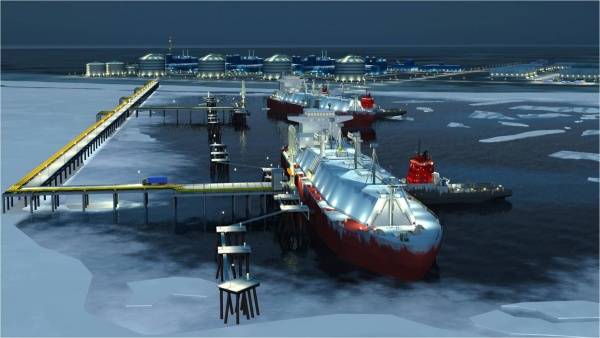 The contract for gas in exchange for pipes, concluded in 1970, allowed the USSR to make a real breakthrough in the gas sector. The Union received equipment, thanks to which it was able to build the most powerful network of gas pipelines and, in fact, throw its gas "stranglehold" on Europe, which its successor Russia still uses. In 2017, the next “contract of the century” was signed, which will allow Russia to quickly go through the technological lag in the field of gas liquefaction technology and thus not only retain its gas levers on Europe, but also get new instruments of influence on world politics.

Gas trade for the USSR, and later Russia, has always been primarily a political issue. Linking European markets to supplying Soviet and then Russian gas allowed the country to solve many complex geopolitical issues and problems. As we already know from stories Over the past decades, taking advantage of its exceptional position and significance for the European hydrocarbon market (as well as the greed of local capitalists), Moscow has always managed to get not only political influence and money, but also technology that is critical for itself for its gas.

So, in 1970, the USSR entered into a historical agreement with the Federal Republic of Germany. The Germans handed over to the Soviet Union the technologies and equipment for the production of large-diameter pipes (and then their compressors for compressor stations), and that, in turn, was calculated with its German partners with its gas from fields in Western Siberia. 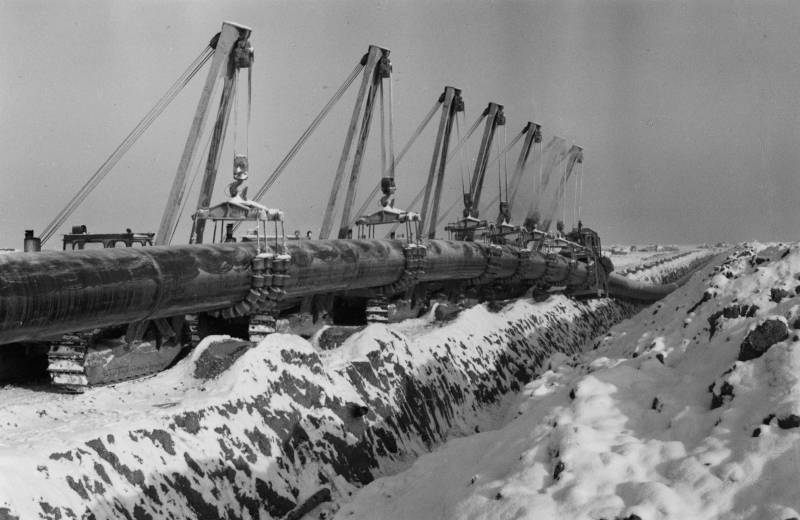 In the 1980 gas pipeline "Urengoy - Pomary - Uzhgorod" was for us a real breakthrough (technological, economic, diplomatic, production). Now in Russia, no one has any question where to buy modern large-diameter pipes and compressors for gas pipelines, and in 1970's this was a huge problem, without solving which there was nothing to count on a breakthrough in the oil and gas sector. In the end, the gas that went in exchange for the equipment received for Urengoy paid off a hundredfold. Yes, those technologies are already in the past, but on their basis in the Union were created reserves, which the country still uses today.

After the launch of Vladimir Putin’s first gas liquefaction line in December, 2017, within the framework of the Yamal LNG project in Russia, a discussion was again opened on the topic: why was it spending huge amounts of money on such a useless project for Russia? 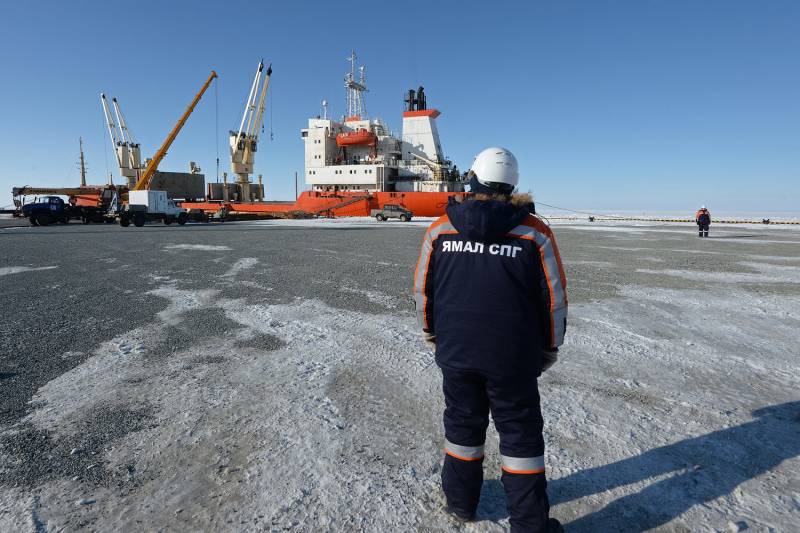 The arguments of opponents seemed at first glance quite sound. By the decision of the Russian government, LNG projects were exempted from paying export duties (the first 12 years or until export volumes reached 250 billion cubic meters), and enterprises engaged in this business received significant relief from other types of taxes. In addition, the American company Air Products, which owns three-quarters of this market (its technology and equipment were used in the construction of the plant), is not going to share them with Russia, but sees in it only an opportunity for its further enrichment. Meanwhile, the cost of this equipment is so high that in the end it may happen that the American firms in the Yamal LNG project will get more profit than Russia itself ...

By the way, Russia is also a great risk (more on this below). In many respects only due to the fact that gas liquefaction projects were withdrawn from anti-Russian sanctions both in the US and in the EU countries, and a timely launch of a plant in Yamal occurred.

It would seem that the question is clear, Russia will not get anything good in LNG projects. Well, that did not work at a loss. That is the conclusion made by opponents, ending any story about the project. In the beginning of this “logic” there was only one weak point: all this was confused by the people and the “patriots” of Russia, who had been fed for years by gosdepovskimi grants and had a steady reputation as the “fifth column” of Russia.

More weighty arguments among supporters of the development of Russian LNG projects appeared relatively recently, but they were suicidal.

LNG deal of the XXI century

On the creation and recreation of entire enterprises (at least two of the largest shipbuilding complexes in the Far East and the Murmansk region) and industries, the construction of entire cities, etc., we will talk some other time. Today we will trace the history of the 21 century LNG deal, which has not yet received its worthy appreciation.

So, in 2017, Russia is finishing the construction of its first independent large LNG project in the Arctic. And in May of the same 2017 of the year, NOVATEK has already signed several basic agreements for the launch of the next Arctic LNG 2 project. At first glance, these two events do not seem to be related. Moreover, the choice of the licensee, that is, the company that will supply the main equipment for liquefaction (which is up to a quarter of the plant cost), was somewhat surprised. They for the second Russian Arctic project was the loser of the LNG market - German Linde Group. 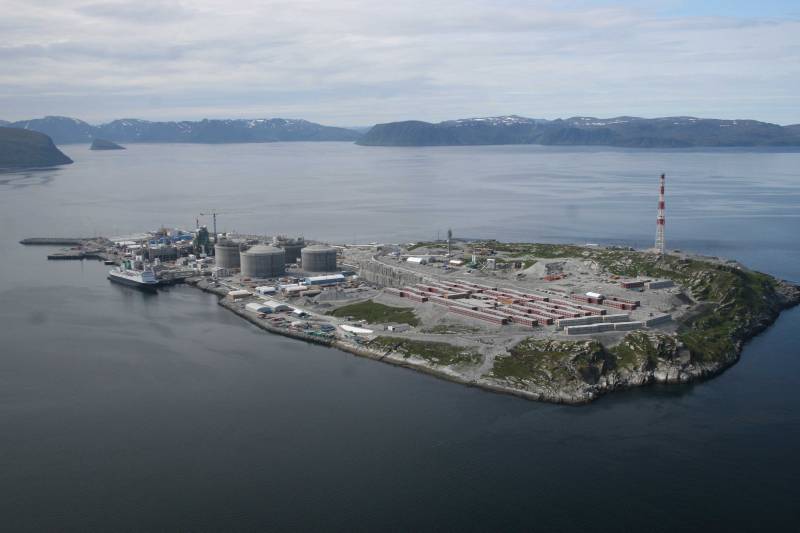 Why a loser? The fact is that today the German concern has only one completed project for the construction of an LNG plant. In 2016, he was finally able to hand over his pilot project to a plant in Hammerfest in Norway with a capacity of 4,3 million tons of liquefied gas ... Here, the Germans for the first time used a new revolutionary gas liquefaction technology, where sea water is used as a cooler. And this, especially in polar waters, sharply reduced the energy consumption for liquefaction. The plant was commissioned in the 2007 year, and its early years were followed by failures. Only in the 2014 year, after finishing the equipment and replacing it with improved samples, did the Germans achieve its stable operation. And as soon as the Norwegian Statoil signed the acts of acceptance, Russians appeared at the Linde Group headquarters.

Rather, they appeared much earlier. It may well be that NOVATEK initially intended to use this German technology in the Yamal LNG project, but the problems in Norway forced us to turn to the Americans.

Probably, it is the understanding that Russia has a choice and that the Germans should in no way be allowed into the Russian LNG market, and forced the Americans to be so complacent on the issue of sanctions.

Whatever it was, but the problems of the Germans helped Russia. Norway received a rake on the head, and a new technology was tested at its plant, and Moscow received some dividends. After all, after problems in Norway, no one else turned to Linde Group with orders for LNG plants (except Iran). And it’s completely understandable why Russia managed to get everything from the German manufacturer of unique equipment, including the decision to transfer part of its production to Russia. 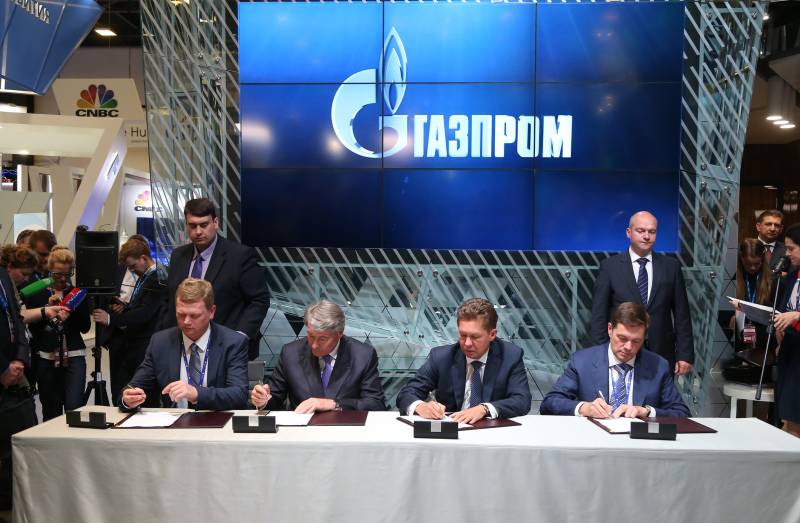 And already in June 2016, a protocol of intent was signed between Gazprom, Linde Group, Power Machines and Salavatneftemash, according to which the Germans provided the technology, and Russia - the production site for organizing the joint production of equipment for liquefying and processing natural gas .

Actually, after that it was possible to have no doubt whose technology will become the basis for the next project of the LNG plant in Russia.

At the end of May, 2017 of the year, that is, just a few weeks after the selection of German technology for Arctic LNG 2, Power Machines and Linde Group created a joint venture with the participation of 50 / 50, which will be the main supplier of equipment for all subsequent Russian projects LNG

And already on June 20 of 2017, the European Commission approved this deal, stating that the new joint venture will not create any problems for the European Union ...

The first customer has already become ... The Amur Gas Processing Plant (GPP), which is currently being built by Gazprom as part of another ambitious Russian project, Power of Siberia.

Thus, it is very likely that Linde Group will soon take in Russia approximately the same position as its other strategic German partner, or rather, the supplier of critical technologies, Siemens AG.

As a result of the implementation of only two Arctic LNG projects, Russia will receive an almost complete list of technologies necessary for the implementation of any subsequent LNG project, both in Russia and abroad. I think that 10 will not pass in years, as we will hear about the signing of the first contract, according to which Russian machine builders will build similar plants not in their homeland, but abroad. So it was in the 20 century, and so far I see no reason why this cannot happen in the 21 century.