January 25 2018
33
In the band of the 11 Bavarian Infantry Division, the advancing French troops stumbled upon a front that was more seriously prepared for defense. Moreover, in this area, the attack was undertaken not only without artillery preparation, but at first even without artillery fire.


The German barrage was opened immediately - according to the rocket signals of the infantry. The French artillery then also opened fire - both on the German artillery and the rear areas, and to form a solid barrage. The French, taking advantage of the high vegetation and thick morning fog, approached the German positions closely. And the German batteries carried fire very indecisively - due to the lack of a good overview and out of fear of hitting their units. Therefore, "near defensive fire" did not weaken the onslaught of the French infantry on the line of the main resistance of the Germans. 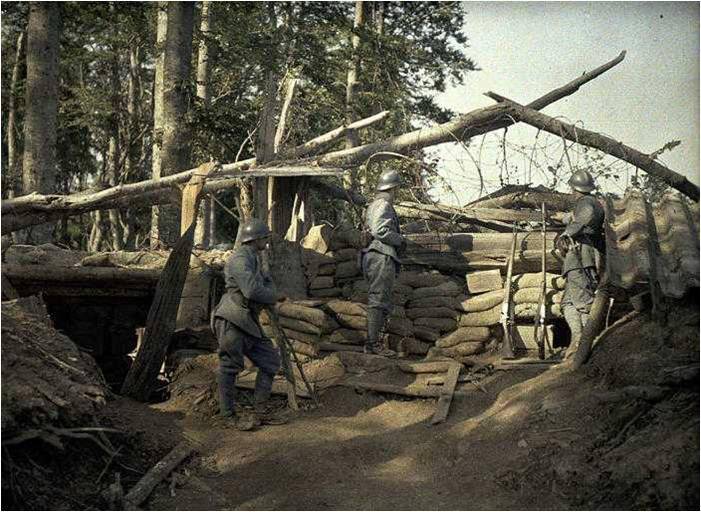 At first, the battalion of the first line (1-th battalion of the 22-th Bavarian infantry regiment) - right-flank regiment of the 11-th Bavarian infantry division, repelled the frontal attack of the French. The latter suffered heavy losses from machine-gun fire, light mortars, and partly artillery. But soon the battalion underwent a flanking attack from the north and was almost completely destroyed - the few remaining unwounded soldiers were captured. Soon the second-line battalion (3), swept from the flanks, was killed behind it.

After the French artillery opened fire, the reserve battalion (2) took up its position at the southeast exit from the Pernant ravine. The strong fire of the French artillery, as well as the machine-gun fire of five aircraft caused the battalion significant losses. The battalion held on for some time, but soon its right flank was threatened by the Pernant ravine, and, moreover, the fire began to hit the Bavarians from the farm Saint-Amand - that is, from the south. Some units of the battalion still resisted at a height to the east of the Braunschweig hole, and then the remnants of the battalion made their way to the east.

On the left flank of the division, in the area of ​​the 3 Bavarian Infantry Regiment, the first line battalion (2) also succeeded in repelling the frontal attack of the French on the main resistance line. But then a new attack from the village of Daumier, Tiele de la Clôd, struck the left flank and the rear of the 1 and 2 battalions. A fierce battle broke out in which both battalions defended themselves for a long time and successfully. The 12-i company, advanced by the reserve battalion (3), was drawn into the battle.

The reserve battalion, in which only three companies remained after the release of the 12 company, was deployed in combat order to defend Abrevoire — but at the same time it suffered heavy losses from artillery fire. Soon he was left off to the left, and his remnants were drained back to the position of Wobyuen. The headquarters of the regiment, the command post of which was located in the Westfalia burrow, was captured.

If the 22nd and 3rd Bavarian infantry regiments were attacked by French infantry without support tanksthen the 13th Bavarian Reserve Infantry Regiment, which occupied the central section of the 11th Bavarian Division, was attacked by a tank. The first-line battalion (1st) was first able to temporarily delay the first onslaught, inflicting heavy losses on the Allies. But soon the tanks broke through the line of main resistance on the right flank, and the French infantry following the tanks moved north and south. The counterattack of the 3rd company of the 13th reserve infantry regiment failed: the company was destroyed by tanks and French infantry coming from the north - the latter now attacked the flank and rear of the Bavarians. The same fate befell the 10th and 12th companies of the 13th reserve infantry regiment, which were advanced north of Domier. The 5th and 6th companies of the second-line battalion (2nd), located at the artillery cover position, were crushed by the advancing French units. 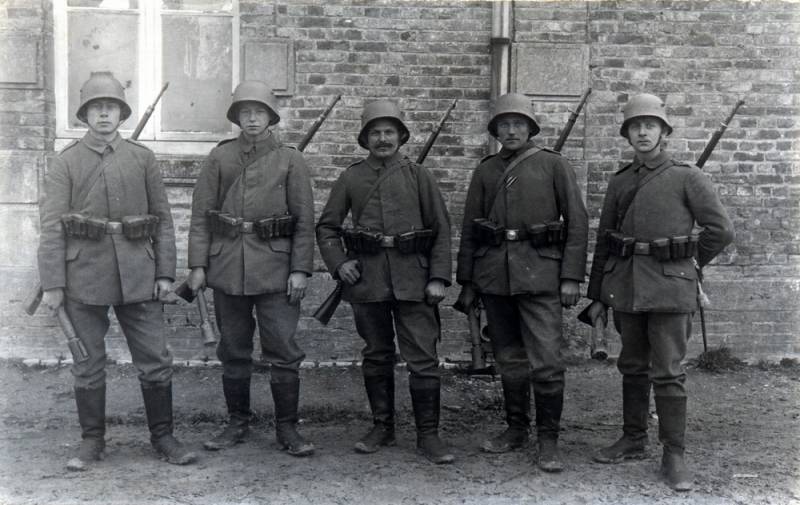 The French broke through the main line of resistance of the Germans and with heavy rifle chains, supported by tanks, attacked the road from Rapri (sugar beet plant) to Croix-Saint-Creud, Tyel. The 7 and 8 companies of the 13 reserve infantry regiment were ordered to maintain their position with Sakonen. The 9 and 11 companies of the reserve battalion south of Sakonen, as well as one of the two sapper companies of the 34 Infantry Division assigned to the 11 Bavarian division, received the same task. These units have already suffered very heavy losses from artillery fire - but they managed for some time to delay the advance of the French to the south of the farm Saint-Amand. Near 7 hours 30 minutes the resistance of this group, battered by fire and attacked by several tanks, was broken - especially as the position was swept from the flank and rear. The remnants of the regiment retreated to the position of Wobyuen.

As previously noted, the artillery of the 11 Bavarian Infantry Division opened fire. But her shooting was hampered by thick morning fog and smoke from exploding shells. And soon the communication lines were torn. Visibility improved only about 7 hours 30 minutes. Now it became possible to fire part of the batteries - and the French suffered heavy losses, including in tanks. But to the south, where the French were advancing particularly quickly, covering the flanks, only the fire of several batteries located to the south of the Sakonen ravine had a noticeable effect. After the resistance of the German infantry to the west of the ravine was broken, the fate of these batteries, which until recently kept their firing positions, was decided. By 11 watch all divisional artillery, with the exception of two batteries, was in the hands of the French.

The battalions turned around and moved through the height of the 141,7.
On the left, they were joined by the 3 th battalion of the 24 th regiment (from the reserve of the 11 th Bavarian Infantry Division). But on their left flank the French had already reached the height of the farm Saint-Amand and soon opened heavy machine-gun fire. When the French then attacked these three battalions from the front, from the left flank and, advancing along the western slope of the Sakon Gulch, from the rear, the battalions began to withdraw. The position of Sakonen was lost by the Germans. Moving in a northerly direction, the French seized the batteries on the western slope of the Sakonen Gulch, which also held to the last. 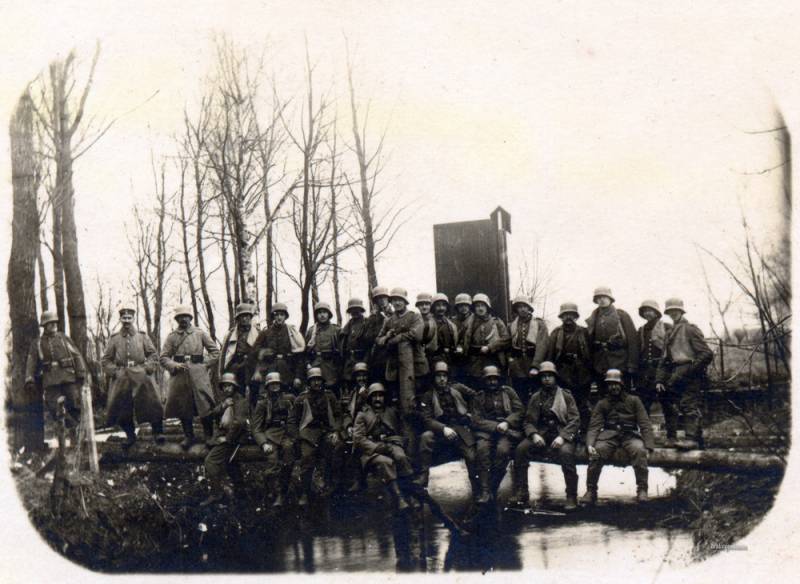 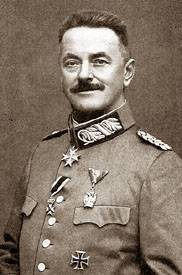 But when deployed, the battalion was drawn into battle and practically destroyed. The 3 th battalion of the 24 th regiment also failed to reach the 13 Bavarian reserve infantry regiment - on the way it turned out to be involved in the battle on the left flank of the 241 th infantry division.

Now, the commander of the 11 th Bavarian infantry division had as a reserve only two field batteries allocated a few days before the events in question to the rear for rest, and the sapper companies of his division (3 th company of the 3 th engineer regiment and 9 th company 21 th Bavarian Sapper Regiment), who have just returned from the Marne Front from the 7 Army. Artillery and sappers were alerted at 6 hours and were on their way to the battlefield (sapper companies were moving in trucks). In the 7 hours of 20 minutes, the commander of the 11 Bavarian Infantry Division asked the corps command to hand him another regiment. General Staabs handed him the 145 Infantry Regiment of the 34 Infantry Division, which was under Wobyuen. The regiment was given the 21-th Bavarian infantry brigade and received an order: to immediately advance to Bray and knock out the wedged enemy.

The situation was such that the Germans lost their leading positions south of the river, and in the 241 Infantry Division, the French had already occupied the Pernant ravine. The situation was worse at the front of the Vatter corps - there were already battles for the villages of Vokasti and Vierzi. In this situation, Staabs found it necessary to alleviate the situation on his left flank with the help of a counterattack of the 34 Infantry Division - and the counterattack helped restore the situation on the front of the neighboring corps.

At the beginning of the 9 hour, the division received (with the permission of the commander of the 9 army) order to take the starting position for a counterattack - through the Ploisy, Misi. Instead of the 145 regiment transferred to the 11 Bavarian Reserve Division, the 34 Infantry Division was to receive the 64 Infantry Regiment of the 6 Infantry Division.

The French already in 7 hours 45 minutes were at the Sakonensky position, capturing the “Gold of the Rhine” hole. The tanks advanced both along the western edge of the Sakon Gulch (to the north) and from Misi (to the east). The resistance of the 11 Bavarian Reserve Division was virtually broken, and the corps command found it necessary to transfer the initial position of the 34 Infantry Division to the rear - on the line Vobuyen, Kurmel. But soon new and extremely disappointing information was received about the current situation - that the infantry of the 241 division was crushed by a flank blow from the south and mostly died, and the right-flank units of the Vatter group were pushed aside to Shoden. Thus, to the south of the left flank of the 39 of the reserve corps, a significant gap was formed.

Most of the artillery was lost, and the 369 Infantry Regiment, whose combat strength did not exceed 700 bayonets, was too weak to prevent the advance of the Allied superior forces for Vobuen’s position and defend Soissons. In such an environment, a 34 Infantry Division's counterattack would be ineffective, and in 8 hours 45 minutes, General Staubs decided to place most of the 34 Infantry Division in the position of Wobyuen. The command of all troops in this position was assigned to the commander of the 34-th Infantry Division, General Tetsman. 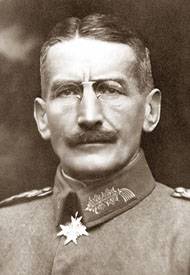