January 19 2018
119
The Verkhovna Rada of Bandera’s Ukraine, 18, in January adopted a law “on the reintegration of Donbass” and denounced the Minsk agreements. Russia in this law is declared “aggressor”, “occupying” Donbass, establishing “occupying power” there. Thus, the Kiev regime creates political grounds for the resumption of the war in the Donbas. However, they still need to be implemented. President Poroshenko must still sign this law, and Moscow, most likely, will wait for his signature. And only then something will say. 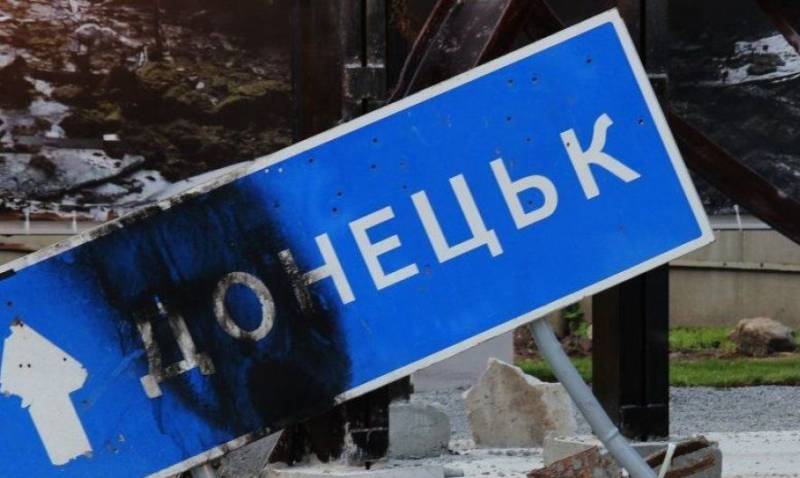 While we can say that the law “on the reintegration of Donbass” was adopted at the request of Washington, the special representative of Russia in Minsk, Boris Gryzlov, said on the live broadcast that “the US sanction” was given to resolve this issue by military means. Recall ukroSMI reported that the "law of reintegration" was written with the participation of American advisers, and maybe under their leadership?

The “war party” in Washington, perhaps already with Trump, is pushing Poroshenko into the war in Donbas on the eve of the presidential elections in Russia, this is obvious. On the other hand, he is threatened by the anti-corruption ultimatum of Diana Francis from the Atlantic Council. The shaft of compromising and defamation, which has already fallen upon Poroshenko, may intensify if he again shirks from the start of the war, as in November 2017 of the year. Up to the third Maidan mentioned by Diana.

Indeed, the situation of November 2017 of the year is now being repeated, when Volker gave his prediction of the 80% probability of war, and Mihomuyden stood still waiting for this war. Poroshenko then made a formidable face, visited missile units, warning of a possible advance to the Donbass, sharply increased the shelling of Donbass, under the cover of which the APU began their “toad jumps”. And how did they end?

Volcker did not pause Micahomidan for this, as Diana Francis would say with her ultimatum article. As a salvation from the anti-corruption street revolution, Diana, Poroshenko again offer to start a war, and to fight for real - backed up by the law "on reintegration". But it is terrible to fight the APU, especially since Donetsk and Lugansk, and Russia are warned, which means they are armed. Poroshenko, most likely, will send the law "on reintegration" for examination to the Constitutional Court, yes, to pull the time. Then Petro will wait for the reaction of Moscow, as well as Berlin and Paris. The main thing, of course, how will Moscow respond?

In fact, Moscow has already answered. It’s clear that история With this "law" has long been monitored and worked out by the Russian General Staff. And so, literally the other day, in the Crimea, the placement of the second phase of the С-400 complex, in its northern part, close to Donbas, was completed. The US military has already spoken on this issue, expressed concern.

The statements of Boris Gryzlov, Valentina Matvienko and Vladimir Zhirinovsky that the law adopted by Rada “buried Minsk” and is a preparation for the start of hostilities in the Donbas, say that the reaction of the Kremlin can be harsh.

There is one nuance in this whole story that the anti-corruption attack of Western humanists-atlantists on Poroshenko draws attention to, which strangely coincided with the “reintegration of Donbass” and the denunciation of “Minsk”. When Petro Poroshenko signs, in fact, the law on the war in the Donbass, his Washington masters no longer need it: another commander-in-chief can lead the war, Poroshenko does not trust them in this sense, after the “toad jumps” of the Armed Forces.

If Poroshenko decisively takes up the war this time, perhaps in Washington they will give him a chance to rehabilitate. And if he starts to pull the “Minsk rubber” again, then Diana Francis’s plan to rid Ukraine of Poroshenko’s “odious elite” will come into force.

And there is no guarantee that Poroshenko will have time to deliver to the Anti-Corruption Court: outraged people in the face of neo-Nazi militants can arrange their own trial over him, as happened with Gaddafi. Poroshenko will be accused of sabotaging the law "on the reintegration of Donbass", and according to martial law will be condemned.

And the real Fuhrer of Bandera will lead to the battle, there are candidates, at least take Arseniy Yatsenyuk, why not the Fuhrer? An integral nationalist to the bone marrow, the image was replaced by a sternly warlike, with a beard and stubble, moreover, he had just arrived in Ukraine from the city of Los Angeles, rested ... Avakov and Turchinov are his best friends.

Perhaps the US sanction on the renewal of Bandera war in the Donbass has precisely this goal: to have a reason to declare the election of the president of Russia illegitimate. If the nonsense "about the interference of" Russian hackers "in the election campaign in the United States became for Congress the basis for adopting the law on Russia as an adversary, then the war on the borders of Russia may become a pretext for all that the US Congress wants.

Ctrl Enter
Noticed oshЫbku Highlight text and press. Ctrl + Enter
We are
Reports from the militia of New Russia for 27-28 September 2014 of the yearResults of the week. "Well, do not change me because of every idiot!"
119 comments
Information
Dear reader, to leave comments on the publication, you must to register.