January 24 2018
24
The front of the German 7 Army stretched out. Since the army command was to pay more and more attention to the southern sector of the front, the July 5 groups of Francois, Staabs and Vatter (7 army, 39 reserve and 13 army corps) located between Oise and Urcom, were isolated from the 7 Army. These three corps formed a new - 9 th army under the command of infantry general J. Eben - with the main task of defending Soissons. 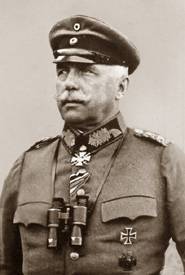 A major French offensive, anticipated by the Germans 14 or 15 in July, did not take place, but local attacks continued. J. Eben believed that the defense requires reliable, unresolved troops. In addition, to the south of En, the equipment of the German positions left much to be desired. True, the number of divisions located in the rear of the front was large, but they were exhausted.

The German offensive on both sides of Reims did not lead to the achievement of the goals. The Allies dodged the blow. To the east of Reims, in Champagne, they left the front lines and met the attackers on the second line - little affected by the German artillery preparation. In front of this position, the advance of the Germans was choked. To the west of Reims, the French also defended mainly in second place, but put up stubborn resistance on the front line. The tested shock divisions of the 7 Army managed to break the resistance of their adversary, cross the Marne between Glan and Verney, and break through the front of the French and two Italian divisions in the Reims Forest. By the evening of July 15, the Germans advanced to the south of the Marne by 8 km, and also won considerable space between the river and the Rheim basin. But, despite tactical successes, the offensive was unsuccessful. The operational goal was to cut off the enemy in the Rheim Basin by connecting the 7 and 1 armies in the area east of Epernay — the Germans could not be reached.

Nevertheless, Crown Prince Wilhelm and the High Command hoped that an offensive south of the Marne would make it possible to develop the achieved tactical success. The commander of the army group ordered the 7 Army to continue the offensive and, in order not to allow the Allies to use all their reserves against the 7 Army, it was decided for some time to continue the advance in Champagne.

But on July 16, minor successes were achieved - the 7 Army managed to advance only a few kilometers, as powerful French counterattacks began. The offensive in Champagne was also to no avail. The command of the army group decided to cease active operations east of Reims - the offensive was to continue only between Marna and Reims. But the divisions of the 7 Army tried in vain to advance over the rough terrain of the Reims massif. The Allies understood what the Germans wanted, and instead of exhausted Italians, fresh French troops were thrown into battle.

On July 21, a new operation was to begin - the concentric offensive of the 7 and 1 armies from the west, north, and partly from the east, the Germans planned to seize Reims. 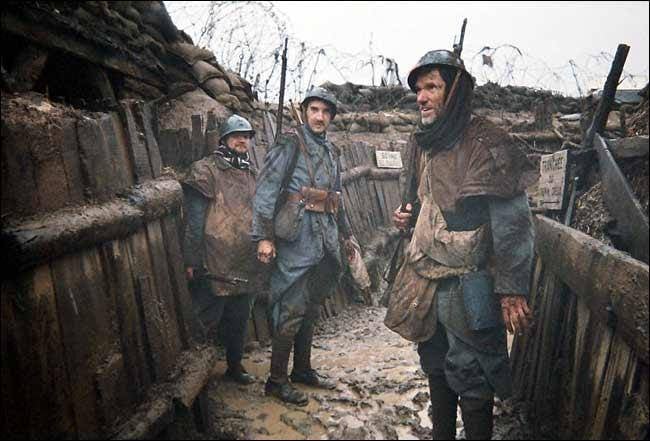 Meanwhile, the situation south of the Marne has escalated.
Franco-American strikes became more powerful - the Allies maximized their actions against crossing the Marne. Along with an almost continuous artillery bombardment, bomber strikes followed at short intervals aviation - over bridges and convoys accumulated there, parks and military units.

In this situation, the 7 Army had no choice but to quickly withdraw its divisions to the north bank of the Marne.

The disposition of the German troops on the front between the Nouvrouc Plateau and Reims on the morning of July 18 was as follows:

a) 9-I army. The 14-i and 6-i infantry divisions were the shock divisions of the Staabs group, and the 28-i (Baden) infantry, the 47-i standby and part of the 3-i reserve division were the strike forces of the Vatter group.

c) The 6 divisions were in reserve for the army group. From the 1 and 3 armies, 7 divisions also approached the 3 army.

The night of July 18 was sweltering and dark.
A strong storm that broke out 17-th and accelerated the onset of darkness in the dark forests of Viller-Kotre, raged for a long time and by the evening stopped. But the soil had not yet managed to soak up the water from the last rain — the trees and bushes were still dripping, and meandering streams suddenly arising along the edges of dirt and highways flowed into noticeably swollen small rivers that flowed into En or Marne. Heavy soldier's boots squished in the clay of field roads and damp meadow soil. A milky-white mist swirled in the hollows and over the wet meadow areas.

German patrols carefully sneaked behind the line of advanced posts, carefully looking and listening. In the evening of July 17 south of Saint-Pierre-Aigle, in the location of the Allies, there was a lively movement of carts and vehicles, and farther south French troops were seen hiding in a ravine north of Lonpon.

The fog was thickening. And from the location of the 13-Bavarian reserve infantry regiment raised signal rockets - and the artillery opened fire on the village for destruction. It was 3 hours 30 minutes - dawn broke. After a few minutes, everything was quiet, but then the shooting rang out again - north and south. In both points, the German military guard heard the noise of motors.

On the front of the 14 reserve division, between Werth Fay farm and Lonpon, an intensified movement was observed in the French front line. At the site of the 13 Bavarian Reserve Infantry Regiment, a battalion of the first echelon took up combat positions.

About 4 hours 15 minutes in the location of the 3-th Bavarian infantry regiment arrived two defector French. They showed that between 5 and 6 hours the offensive would begin on all fronts. But the regiment headquarters receives this information in 4 hours 50 minutes, the brigade headquarters transmits them further in 5 hours; and in 5 hours, 10 minutes, the division commander begins to raise his compound after an alarm. But before the command of the army and the command of the army group managed to get information about the intentions of the French, thousands of guns had already rumbled at the front, and the attacking allied battalions, following the firing shaft, had already broken through the German outposts and the main resistance line, deeply wedged in the 9 position- th and 7 th armies. 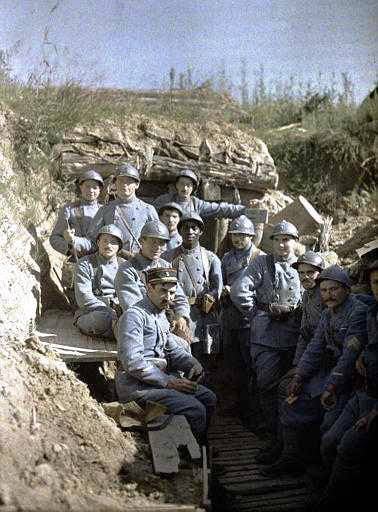 If we trace the events at the front of the Staabs group, they looked as follows.

In the 5 hours of 15 minutes north of En, a very strong artillery fire was launched across the central and left-flank regiment of the 53-th Reserve Division, and after a quarter of an hour along the entire front of the 241 and 11-Bavarian infantry divisions. Observation points were smoked around the 53 reserve divisions to prevent the 53 reserve batteries from operating in the area south of En. In other areas, especially on the front of the 11 Bavarian Infantry Division, smoke bombs were also used by the French. Very soon, the German infantry demanded the opening of barrage fire.

The attack of the French began simultaneously with the discovery of hurricane fire - the infantry followed closely behind the firing shaft. Part of the French artillery opened fire on German batteries - and in some areas the shooting was corrected from numerous aircraft.

In the strip of the 53 reserve division, the 242 reserve infantry regiment, which occupied the central part of the division, was attacked only on its left flank (to the west of Nuvron village), while the 243 reserve infantry regiment located on the left flank division, was hit on its entire front. On the right flank of the 243 regiment, a cluster of French infantry was formed - on a plot in 300 m along the front and 100 m in depth. Attempts by the Germans to knock them out of this wedge failed.

Around 6 hours, thick infantry chains of French infantry wedged into the left flank of the 474 regiment of the 241 division. At the same time, the other chains, overturning the German outposts and running under the German barrage, which was quite rare (one battery had 400 - 500 m along the front), attacked the main resistance line. And it was taken almost without a fight - the French were moving very close behind their fiery rampart and, taking advantage of the high vegetation and morning fog, they captured the German positions. The machine-gun nests, located in the rear of the main resistance line, were also almost all taken aback and destroyed. The reserve battalion (1 Battalion of the 474 Infantry Regiment), standing near the south-western tip of the Pernan Gulch, turned round, but was attacked and overturned. 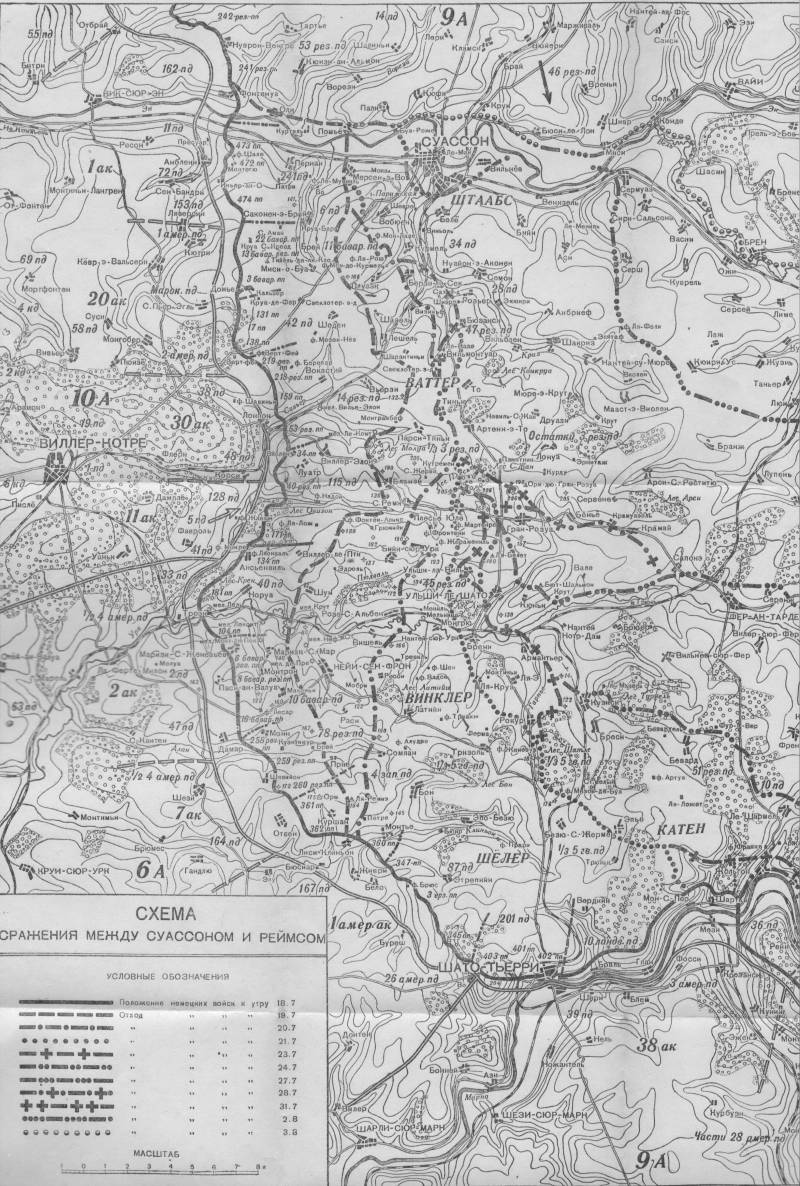 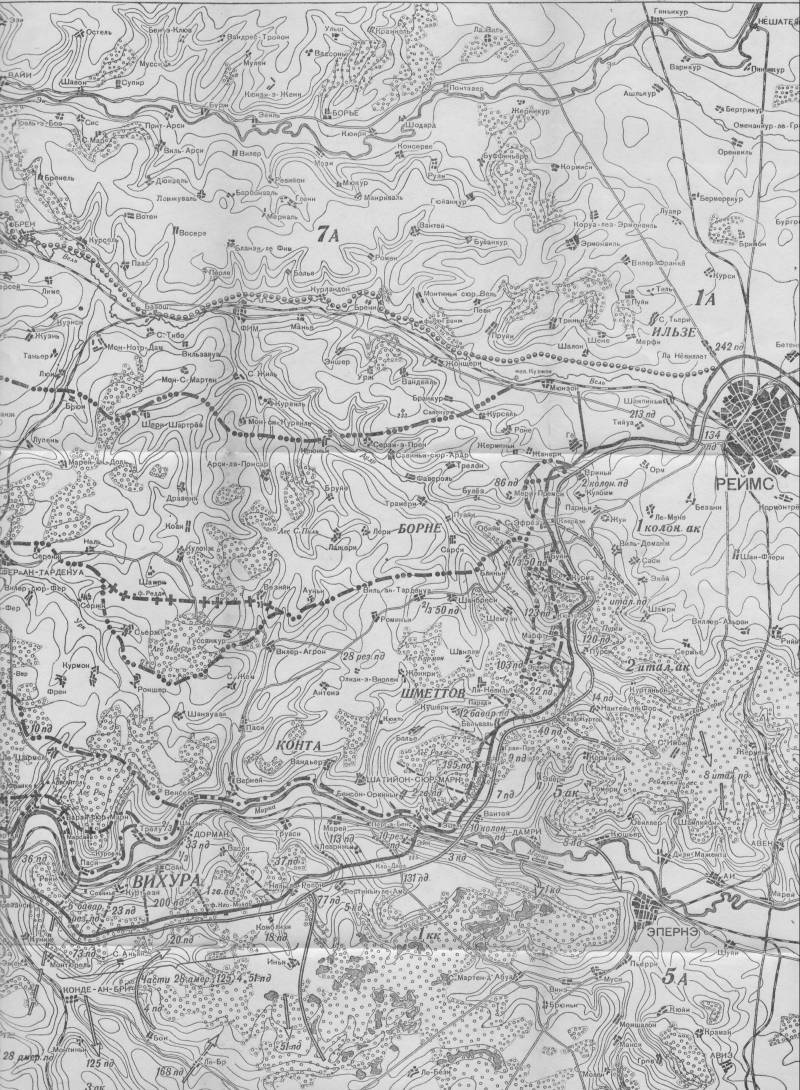 The commander of the 3 th battalion managed with the only remaining reserve company (11) at his disposal to detain the French for some time at the southern edge of the hollow of Le Soulier. Very successful was the deeply echeloned arrangement of machine guns - in a checkerboard pattern.

In the area of ​​the right-flank battalion (1), there was a struggle for the main line of resistance. In some places the French managed to break into it, but they were knocked out by the German counterattacks. But in the end, the advancement of the French forced the left flank back, and then withdraw the center of the 1 battalion of the 472 infantry regiment. 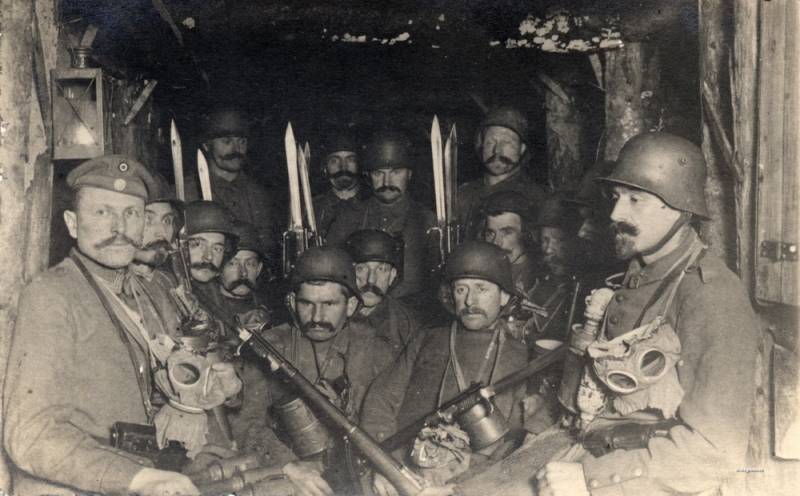 In the area north of the 473 regiment, the French attacked less vigorously. In this area, the French units, which had taken the initial position in Anblene and to the north of this village, suffered heavy losses from the German barrage, the effect of which was reinforced by artillery fire of the 53-th reserve division. But the French managed to break into the front line, and partly into the main resistance line.