When will Russia really stop giving up? 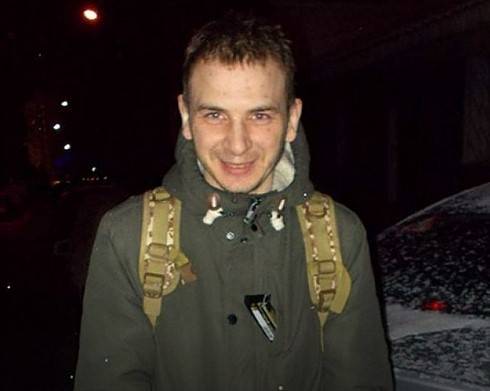 It is very difficult to write when you feel like a traitor. A traitor, although he did not betray anyone. But there is a feeling of involvement in this vile act. Today I understand the condition of those soldiers and officers who were part of the Vlasov shock army and survived after the meat grinder offensive and encirclement. Betrayal commander as a stigma on all soldiers of the army.

And here we have another similar thing.

But it is even more offensive when those who are screaming about “we don’t throw ours” at every corner betray. Screams in unison with all of us. Why, the Russians not only do not abandon their own, but also rescue others. We heroically protect all of humanity. We are not pampered Western sybarites, we are humanists and humanity to the core. Even the ribs ...

And we specifically betrayed. Russia. For each of us is an integral part of the country. And they betrayed a simple Ukrainian boy. I would like to say that the boy who went to defend his house.

Although he was not at home. Pupil boarding. The house he has yet to build. Build if we are aware of our betrayal and will not let the meanness happen. Our meanness ...

Despite the fact that we have more than once considered such cases and were not always on the side of those who fell under the skating rink of our justice, this case, honestly, like freshly cut acid.

So, my, our country must pass into the hands of the Ukrainian law enforcement officers the militiamen who defended Slavyansk, was in Makeyevka, 9 fought for days in Sparta. Yes, just 9 days. He would have fought further, but a wound and a severe contusion. Otvoyvalsya.

Nikolai Tregub. Born in Vinnitsa. 28 years. He was educated in a boarding school. Activist "Antimaydana." Information, by the way, from the Ukrainian site "Peacemaker" that does not exist for our court. 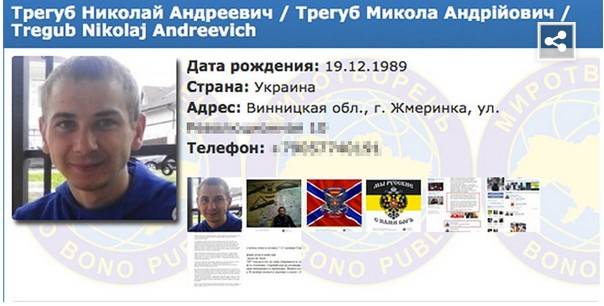 Tregub already sits in the Ukrainian colony of strict regime. True, in fact, his twin brother Andrew is sitting. 9 years as a bush for participating in terrorist groups, in which he never participated. But in the SBU notable craftsmen work. Signed all charges. Sits for brother.

Just a few hours ago, the Verkhovna Rada of Ukraine adopted in the second reading the presidential bill on the reintegration of Donbass. Took almost in the form required by the nationalists. And now Nicholas ten will not get off. Now he is an outcast. Now he is nobody. In Ukraine and Russia.

Many of the readers resent the practice of issuing militias to Ukraine. Outraged by the decision of the courts. Outraged by the apparent injustice. Outraged by sending a person to death or torture. And why? We are building a state of law. We do not abandon their own. And so on in the text until exhaustion.

We are good. Is our court a bad one?

The court relies in its decisions on the legislation of the Russian Federation and by-laws. So, according to the law, we are doing everything right! Ours, which we “do not give up,” are handed over to the craftsmen of the SBU on the basis of the Minsk Convention on Legal Assistance 1993.

According to this document, we are obliged to transfer criminal offenders to Ukraine for investigation and trial. Like this. And they, respectively, to us. Now think: Is it difficult to accuse a person of a criminal offense during a civil war? On the machines moved? That means hijacking. Shot at the enemy? So he tried to kill.

And now the question to the normally minded. Is the state that emerged after the coup d'état is the successor of the ousted? Do treaties and agreements that have been signed remain in force?

I foresee a "tricky question." Putin recognized Ukraine! So, all the thoughts of the authors - is nonsense. But no. We have an organization that may be higher. Court. Yes, our Russian court. All the same, more than once mentioned.

So, December 27 2016, the Dorogomilovsky Court of the City of Moscow made a number of decisions, which clearly described the events in Kiev in 2014, the coup d'état.

Therefore, after this court decision Kiev Maidan is a priori a coup d'état. So, the convention is no longer valid due to the illegitimacy of the government of Ukraine and of itself as a state.

In principle, for Nicholas, all these subtleties are not important. For him, further life is important. And in the case of transmission - death. And for us it is important to understand why a wounded and contused militiaman should be extradited to Ukraine. Why all pity him, but will be given.

Tell a long history the ordeal of a contused, barely hearing person, without money in distant Petropavlovsk-Kamchatsky will not. A man from December 2014 to March 2015, despite the assurances of the big chiefs of the FMS, was waiting for a decision of his fate. After refusing to grant a residence permit, as was prescribed, he left Kamchatka. In a two-week period.

Next - the capital of our country. Two years of attempts to submit documents for legalization. Two years! Many of our readers know what a heavy concussion is. And they can imagine what Nikolai experienced in bureaucratic offices. After the Afghan "I did not send you there" lives and thrives.

Deaf Ukrainian without the support of the powerful. A guy with a specific vision of the world, brought up in a boarding school. Not a hero of television broadcasts. Not a colorful screen star. On the contrary. Just some ordinary, unnoticeable. Even some shy. And "on the throat take" can not. Smiles and looks with clear eyes at the official.

Submitted? Yes, it was the case, we repeatedly ran into those who "flew" and who should have been deported. Who "forgot" to extend the residence permit, carried away by political activities. It was not arguing.

But for these, loud-voiced, for some reason it is not insulting. For Nicholas - very.

No, he was not alone. For a whole year many people tried to help. This, too, must be remembered. They "rammed" bureaucratic cabinets. They hustled in numerous public reception offices all in a row. They fought. Even our fellow journalists fought. And ... lost. Nikolai is in jail and the court decision on extradition is in his hands.

And we will fight. We will fight for our brother. A soldier soldier is always a brother. Even if you have never been in the same trench. Just the soldiers of this war on one side, the owners of large and small bureaucratic cabinets - on the other. That's all.

What, gentlemen officials, crazy not enough to execute the decision of the court? The one about which we wrote above. But sure, there were other similar ones. Not crazy enough to read an old, already faded document? We are about the very convention on human rights from 3 September 1953 of the year. There are items for a child at all. And so the officials should even understand. You are civilized people. Salt of the earth, one might say.

Well, you can not extradite people in cases where they may unlawfully be subjected to torture and persecution. It is impossible! Or do you think that Nikolai Tregub will be sent to a sanatorium for treatment?

Yes, today we almost lost. The life of a good guy hangs in the balance. One life. One good guy. How many are there? We will betray one, but then, perhaps, we will save two or three ...

There is no such arithmetic with the soldiers. Betrayal in pieces or heads is not measured. Betrayal is either there or not. Today we betrayed twin. We are all Russians. Will we continue to beat ourselves in the chest with cries of "Do not throw your Russians"? Or really do not leave one of his? We will not leave. I think you, dear readers, also agree.

It is urgent to change the law. And the sooner the better. Until we really became traitors.

Difficult, I understand, it is very difficult to approach each case individually.

But what the hell is that for what then state officials from the FMS get their salaries and pensions? I don’t even want to talk about judges.

It is clear that the same Mr. Tsarev, who had sunk into the historical past, designed everything easily and naturally and now enjoys the income from his hotels in Yalta and heroin.

And it is also clear that the contused and half-stricken graduate of a boarding school in Vinnitsa could not do this. For many reasons. And with education is bad, and with health. And where did you go? On Kamchatka. Why? And because, in principle, no matter where. This country could become Nicholas home anywhere.

But she did not.

And it does not even sad. This gives rise to the understanding of complicity in the betrayal of a little man who could live in peace in his winery and not particularly grieve. But he preferred a different way of developing his life.

And there are many such Ukrainians.

We need to stop betraying our own. In fact, not in words. We need to comply with the 1953 convention of the year regarding Donbas militias born in that Ukraine. We need the courts to recognize the information on the Peacemaker in the same way as the Ukrainian courts and the SBU recognize it.

And finally, you need to stop issuing your own.

This is what we need. Honest Russian people. Just to still feel honest and Russian. Who do not throw their own.

Ctrl Enter
Noticed a mistake Highlight text and press. Ctrl + Enter
We are
Results of the week. "In the queue, sons of bitches, in the queue!"Reports from the militia of New Russia for 1 September 2014 of the year
184 comments
Information
Dear reader, to leave comments on the publication, you must to register.