Rada allowed the admission of foreign military to Ukraine

January 18 2018
81
The Verkhovna Rada of Ukraine on Thursday from the second attempt adopted a law allowing the admission of units of the armed forces of other states, including the United States, into the territory of the country in 2018 year to participate in multinational exercises. Such a decision at the meeting was supported by 235 parliamentarians with the necessary minimum of 226 votes. 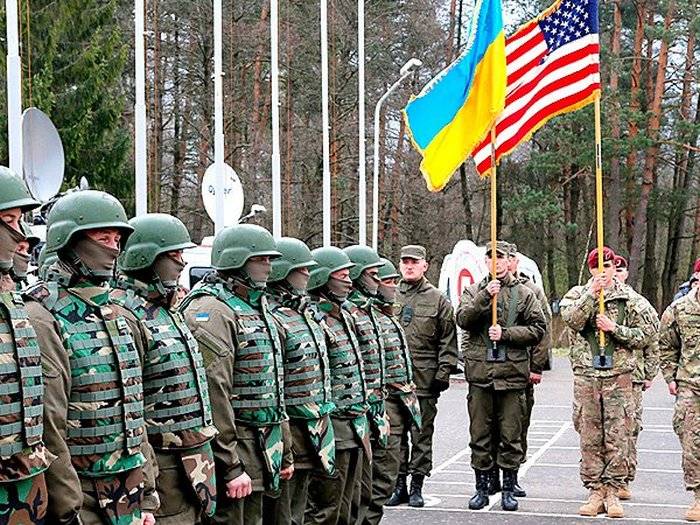 The decision on the admission of foreign military to the territory of the country was previously made by President Petro Poroshenko and asked Rada to approve it. Now the head of state must sign the document.

According to the document, within the framework of multinational exercises, it is proposed to allow the admission of US military units, other NATO member states (up to 3 thousands of servicemen with weapons and military equipment, up to six aircraft and helicopters) up to 365 days in January-December 2018 of the year within the framework of multinational exercises on the preparation of units of the armed forces of Ukraine.

In addition, to participate in the Rapid Trident-2018 maneuvers, it is planned to deploy military units of the Alliance member countries and the Partnership for Peace countries participating in Ukraine. Two thousand soldiers, twenty airplanes and helicopters will be allowed to stay in Ukraine 16 days in June-November.
This year, it is also planned to hold the multinational exercises "Light Avalanche", "Clear Sky" and the Ukrainian-Romanian maneuvers "Riverian".

The admission of foreign troops to Ukraine each time requires the adoption of a special law as proposed by the president.

Ctrl Enter
Noticed oshЫbku Highlight text and press. Ctrl + Enter
We are
This year 12 international military exercises will be held on the territory of Ukraine
81 comment
Information
Dear reader, to leave comments on the publication, you must to register.