Artillery of the Polish Armed Forces can be concentrated near the Belarusian borders. 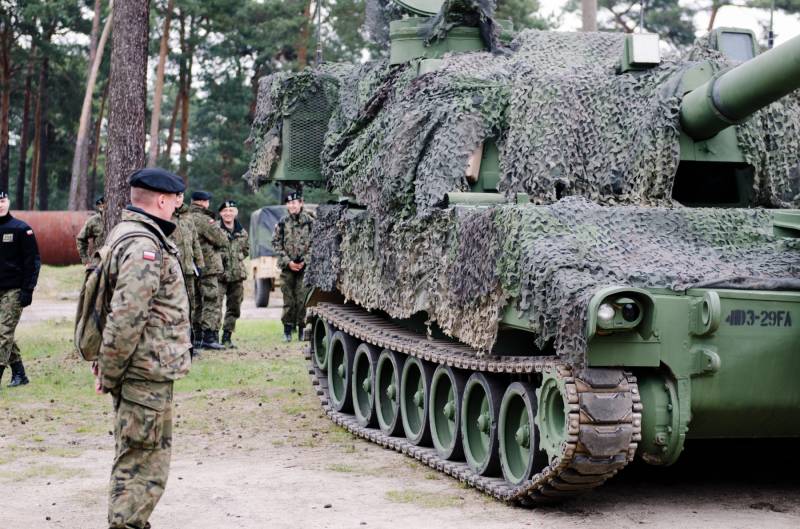 Poland considers rocket troops and artillery as the main strike component of the ground forces. Carrying out an ambitious program to re-equip and modernize this type of troops, Warsaw rightly expects to become the owner of a correspondingly powerful combat potential, which will be comparable or even surpass the capabilities of the missile forces and artillery of the largest Western armies and even the US ground forces in Europe.

After the collapse of the Warsaw Pact, Poland inherited sufficiently equipped missile forces and artillery. To date, the national armed forces have an arsenal of modernized self-propelled howitzers "Gvozdika", "Dana" and reactive systems of volley fire "Langusta". In addition, in the last decade, a number of programs aimed at modernizing the RV and A have been implemented, with older weapons being systematically replaced with new ones. In particular, the Poles have already re-equipped one 11 division of an artillery regiment into self-propelled howitzers of their own design, "Crab", a decision is expected on the purchasing programs of the MLRS "Khomar" and later on the wheeled howitzer "Kryl".

Earlier, the “Political-Military Review” focused on moving from the west of the country to the 1st tank brigade deployed in Wesola (near Warsaw), a battalion of tanks "Leopard". It will be useful to recall that after the complete manning of this compound, two hundred kilometers from the Belarusian border, 116 such combat vehicles will be concentrated. It is noteworthy that until recently the head of the defense department Anthony Matserevich did not hide the fact that the above measures are only part of the plan, which should ensure the concentration of the striking combat potential of the Polish Army in the eastern direction.

If today you look at the map of the deployment of Polish artillery units - Boleslawiec, Sulechow, Węgorzewo, then it is obvious that the main forces are located on the north-western border of Poland. Thus, the site on the Belarusian direction remains open. Previously, he was “protected” by the 1 artillery regiment from the 1 mechanized division disbanded in the 2011 year deployed in Ciechanow.

With this approach, in the near future we can become witnesses of the re-creation of the 1 artillery regiment. Moreover, Polish military analysts consider this option the most likely.

By the way, it was planned to use military facilities and infrastructure in Ciechanow to accommodate the forces and assets of NATO troops arriving in Poland to reinforce the eastern flank of the alliance. The barracks, warehouses and boxes were prepared for receiving and operating about 200 units of equipment and still remain at the disposal of the Polish Ministry of National Defense. However, the Polish General Staff refused this idea, which once again confirms the military’s firm intention to use this infrastructure for its intended purpose, returning it to an artillery regiment.

Ctrl Enter
Noticed oshЫbku Highlight text and press. Ctrl + Enter
We are
About revolution in military scienceMilitary reform as an integral part of the security concept of the Russian Federation: Systematic dynamic assessment
35 comments
Information
Dear reader, to leave comments on the publication, you must to register.