Boa and rabbit? Or the relationship of Warsaw and Kiev in the year 100 anniversary of the beginning of the Polish-Ukrainian war

January 19 2018
16
In the 2018 year, 100 is “celebrated” years from the outbreak of hostilities in Galicia between armies and militias of Poland and the so-called Ukrainian People's Republic (UNR). In international historiography, this conflict today is called the Polish-Ukrainian War. This is about the military actions of the 1918-1919 period, the result of which was the victory of Poland over the “independent Ukraine”, which resulted in the division of Ukraine between the Polish, Romanian and Czechoslovak states. Ukraine lost impressive territories in the west, which then returned to it in the Soviet period, called modern Ukrainian ignoramuses from stories "Occupation". This is probably one of the few cases of “occupation” when the republic grew not only economically and demographically, but also territorially.


With what baggage, so to speak, with what rhetoric do Warsaw and Kiev approach to the age-old date of the outbreak of hostilities? In fact, blissful rhetoric is only superficial. Both in Poland and in Ukraine they declare that the period of disagreements has passed, and that commemorating the old feuds in modern times is misbehavior for democratic powers. However, wormholes remain in the very body of interstate Polish-Ukrainian relations, which leads to the emergence of new and new disputes about the problems of common history. It is the situation when the two countries, accustomed to dig into dirty historical linen, got to the bottom of such layers that it would be embarrassing for others to make it public, but not in Warsaw and Kiev.

The centenary of the beginning of the Polish-Ukrainian war is approaching against the backdrop of another scandal that came, as they say, from where they did not wait. Poland, which has officially announced that it has no territorial claims against its neighbors (including Ukraine), is preparing to introduce fleet ships with names that have already raised questions from Ukrainian partners. We are talking about such ships as “Lviv” and “Tarnopol” (“Ternopol”), which are being built at a Chinese shipyard. In addition, the fleet of the Republic of Poland is preparing to receive a ship called Vilno, which has already raised questions from the Lithuanian leadership.

All three names in Poland are sent to the largest cities of the so-called Eastern Kresov - the territory that was part of Poland before the 1939 year. Poland, de jure yet not presenting territorial claims to neighbors, constantly reminds that Lviv, Ternopil, and Vilnius are cities that were once part of the Polish state. No matter what, without hinting ... It reminds me all the time ... Then it will place an old (but freshly printed) card on the transport hub with the Eastern Crests, then it will take the initiative to print the Vilnius Holy Gates (Ostra Brama) on Polish passports.

In the meantime, the Polish Shipping Company said they did not understand the negative that manifested itself in Lithuania and Ukraine after they learned about the names of the new Polish ships. The statement of the head of the Polish Shipping Company Pavel Brzezitsky reads as follows:
Our desire is to name ships by the names of former Polish cities on the eastern borderland. For residents of Szczecin and the rest of Western Poland, these will be beautiful and nostalgic names. 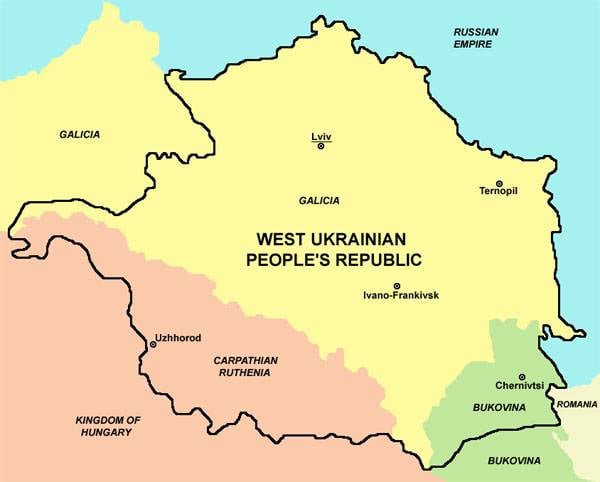 Formally - there is nothing wrong with the names, it seems, and no. But in fact, the root of the problems is much deeper than just the names. It is clear that Ukraine, in the event of the appearance of the ship Lviv in Poland, can name something from its non-existent fleet (“mosquito”?) As if in retaliation — and at least “Furious Bandera”. The root of the problem is that these reciprocal injections can go on indefinitely. And it seems that Ukraine is already “tse Europe”, and Poland is there, but many are well aware that in reality there is a real gulf between these two countries, at the bottom of which sharp stones are precisely historical claims to each other. 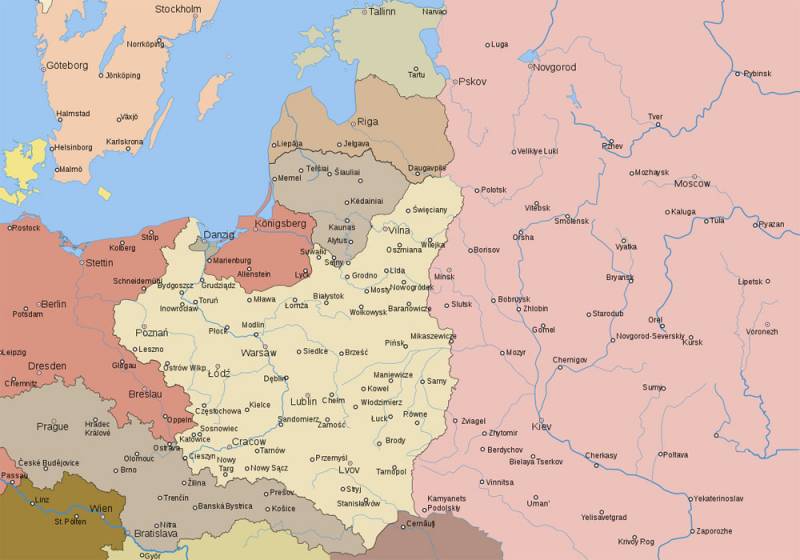 During the existence of the USSR and the Warsaw Pact, this gulf was absent by definition. Now Poland with the 12 billion-dollar (in dollars) military budget understands that at some point it will have to pay its debts to the EU, becoming also a donor for the poorest countries of the European Union. With the departure of Britain from the EU, the financial role of Poland will be all the more revised, to which Germany will also have a hand, which clearly does not feel a sense of euphoria because it alone needs to “drag” the EU further.

Poland, while keeping in mind its new financial status in the European Union, is not going to play the role of a European silence and an adherent of the inviolability of the post-war borders. Against the backdrop of the fact that in Brussels, the Ukrainian authorities are increasingly blaming for the lack of steps to combat corruption and to carry out economic reforms, the current Polish authorities are unlikely to give up the idea of ​​using their chance.

No, the speech is not necessarily about a military invasion of the Ukrainian west with the purpose of the physical separation of the part that was previously called the Eastern Kresy. Speech at least about the desire to economically warm hands on the fact that Ukraine remains an asset at the western borders. And this, for example, the coal industry (Lviv mines one of the few in Ukraine, which give an increase in production in recent years). This is the Ukrainian forest, which is de jure time forbidden to export "round timber" abroad.

Ukrainian authorities are well aware of this. But now they are not in the mood for building long-term and partnership relations with Poland - especially after these same Ukrainian authorities "laid down" under Bandera. Kiev “elites” live for one day - preparing the ground for themselves so that at the time of time X simply, excuse me, dump them into a safe haven with stolen good. Poland for them this harbor just will not. But the new economic harbor for Poland is becoming the same Western Ukraine, where more than a third of the business is already with Polish participation. At least participation. As a maximum - with the Polish possession.

That is why it can be assumed that there will be no progress in the Polish-Ukrainian relations in the near future. Some will continue robbing their last assets by oligarchs, others will have phantom pains about the status of Lviv, Volyn, etc. By and large, one country today looks at the other as a predator on the victim, drawing pictures of which dish will look more appetizing. Well, for partners from the United States, an additional center of instability near the Russian borders is another reason to move the infrastructure east with cries of the need to sow peace and democracy.

Ctrl Enter
Noticed oshЫbku Highlight text and press. Ctrl + Enter
We are
Polish claims to Ukraine. Will Warsaw decide to “bite off” Galicia?Situational analysis of the death of the MH17 flight (Malaysian Boeing 777), made on the basis of engineering analysis from 15.08.2014
16 comments
Information
Dear reader, to leave comments on the publication, you must to register.