January 18 2018
48
At the Dalian Naval Base in Liaoning, a ceremony was held for the introduction of the Chinese fleet the new missile frigate "Rizhao" project 054A (class "Jiangkai II"). On Thursday, January 18, according to TsAMTO with reference to the press service of the Ministry of Defense of China. 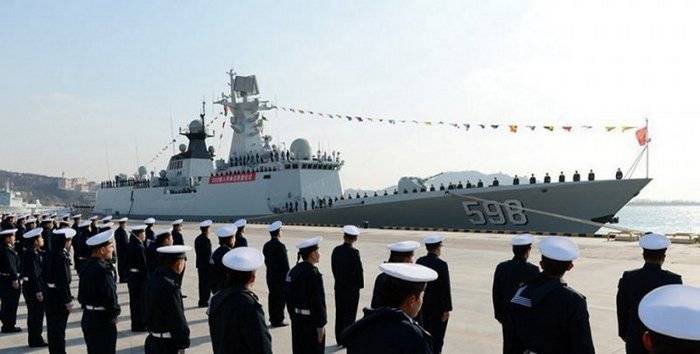 Jankai II class frigates, built on the basis of the 054 project, are distinguished by a large number of advanced weapons and control systems. The lead frigate was commissioned in January 2008 of the year.