Poroshenko: "Javelins" will be delivered by the United States

January 18 2018
55
President of Ukraine Petro Poroshenko said that the United States will pay for the supply of anti-tank Javelin missile systems for Ukraine, reports RBC. 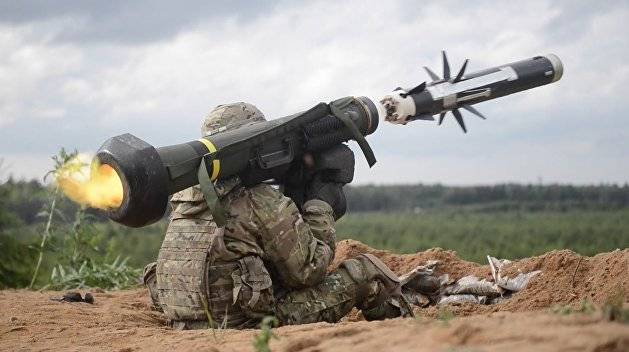 As a result of the hard work of our team, today we have a positive newsthat anti-tank Javelin complexes will be supplied to us as defensive weapons through funding from the United States of America,
said Poroshenko.

I can say that the anti-tank weaponry, its quantity is increased four times,
added on.

The President also noted that the state defense order "tripled the cost of purchasing modern means of electronic warfare, both Ukrainian and foreign production."

Earlier, government sources at ABC News reported that the $ 47 million armament package would include 210 anti-tank missiles and 35 Javelin launchers.

Moscow expressed the view that the supply of complexes to Ukraine could lead to provocations against residents of the self-proclaimed DNR and LC. However, the Ukrainian Foreign Ministry said that the American weapon will be used only for defense purposes.

In turn, the Plenipotentiary Representative of the DPR Denis Pushilin on January 17 noted that the use of missile systems by the Ukrainian military "is contrary to the Minsk agreements and may entail a serious escalation of the conflict in the Donbass."